Last updated December 13, 2022
Conceptual artists group and movement
This article is about the art group. For the journal, see Art-Language.

Art & Language is a conceptual artists' collaboration that has undergone many changes since it was created in the late 1960s. The group was founded by artists who shared a common desire to combine intellectual ideas and concerns with the creation of art. The first issue of the group's journal, Art-Language , was published in November 1969 in England.

The Art & Language group was founded around 1967 in the United Kingdom by Terry Atkinson (b. 1939), David Bainbridge (b. 1941), Michael Baldwin (b. 1945) and Harold Hurrell (b. 1940). [1] The group was critical of what was considered mainstream modern art practices at the time. In their work conversations, they created gallery art and presented these ideas in a journal as part of their discussions. [2]

The first issue of Art-Language The Journal of conceptual art [4] (Volume 1, Number 1, May 1969) is subtitled The Journal of Conceptual Art. Art-Language had, however, brought to light the beginning of a new art movement. While that community was far from a unanimous agreement as to how to define the nature of conceptual art, the editors and most of its historic contributors shared similar opinions about other art movements. Conceptual art was critical of modernism for its bureaucracy and its historicism, and of minimalism for its philosophical conservatism. The practice of conceptual art, especially in its early years of origin, was primarily based on theory, and its form, predominately textual.[ citation needed ]

As the distribution of the journal and the teaching practices of the editors and others contributors expanded, the conversation grew to include more people. In England, by 1971, artists and critics including Charles Harrison, Philip Pilkington, David Rushton, Lynn Lemaster, Sandra Harrison, Graham Howard and Paul Wood had joined. Around the same time in New York, Michael Corris joined, followed by Paula Ramsden, Mayo Thompson, Christine Kozlov, Preston Heller, Andrew Menard and Kathryn Bigelow.[ citation needed ]

The name "Art & Language" remained precarious due to the various interpretations of both the many pieces of art and the purpose of the group. Its significance, or instrumentality, varied from person to person, alliance to alliance, discourse to discourse, and from those in New York who produced The Fox (1974–1976), for example, to those engaged in music projects and those who continued the Journal's edition. There was disagreement among members, and by 1976, there was a growing sense of divide that eventually led to competing individualities and varied concerns.[ citation needed ]

Throughout the 1970s, Art & Language dealt with questions about art production and attempted a shift from conventional "nonlinguistic" forms of art, such as painting and sculpture, to more theoretically text-based works. The group often took argumentative positions against such prevailing views of critics like Clement Greenberg and Michael Fried. [5] The Art & Language group that exhibited in the international Documenta 5 exhibitions of 1972 included Atkinson, Bainbridge, Baldwin, Hurrell, Pilkington, Rushton, and Joseph Kosuth, the American editor of Art-Language . [6] The work consisted of a filing system of material published and circulated by Art & Language members. [7]

Burn and Ramsden co-founded The Society for Theoretical Art and Analysis in New York in the late 1960s. They joined Art & Language in 1970–71. [8] New York Art & Language became fragmented after 1975 because of disagreements concerning principles of collaboration. [9] Karl Beveridge and Carol Condé, who had been peripheral members of the group in New York, returned to Canada where they worked with trade unions and community groups. In 1977, Ian Burn returned to Australia and Mel Ramsden to the United Kingdom.[ citation needed ]

By the end of the 1970s, the group was essentially reduced to Baldwin, Harrison, and Ramsden with the occasional participation of Mayo Thompson and his group Red Crayola. [10] [11] The political analysis and development within the group resulted in several members leaving the group to work in more activist-oriented political occupations. [12] Ian Burn returned to Australia, joining Ian Milliss, a conceptual artist who had begun work with trade unions in the early 1970s, in becoming active in Union Media Services, a design studio for social and community initiatives and the development of trade unions. [13] [14]

At the beginning of the 1970s, there were about thirty members. The Art & Language group emphasized the use of language on the theory that language is the basis from which ideas and concepts are built. Their philosophy was that language permits index words which appear, disappear, and for some even persist, thus allowing viewers and artists alike to analyze the evolution of a word through the proposal of different definitions.[ citation needed ]

In 1986, Art & Language was nominated for the Turner Prize. In 1999, Art & Language exhibited at PS1 MoMA in New York, with a major installation entitled The Artist Out of Work. [15] This was a recollection of Art & Language's dialogical and other practices, curated by Michael Corris and Neil Powell. This exhibition closely followed the revisionist exhibition of Global Conceptualism: Points of Origin at the Queens Museum of Art, also in New York. The Art & Language show at PS1 offered an alternative account of the antecedents and legacy of '"classic" conceptual art and reinforced a transatlantic rather than nationalistic version of events from 1968 to 1972. In a negative appraisal of the exhibition, art critic Jerry Saltz wrote, "A quarter century ago, 'Art & Language' forged an important link in the genealogy of conceptual art, but next efforts have been so self-sufficient and obscure that their work is now virtually irrelevant." [16]

Other exhibits around the world include the works of Atkinson and Baldwin (working as Art & Language) held in the collection of the Tate in the United Kingdom. [17] Papers and works relating to "New York Art & Language" are held at the Getty Research Institute, Los Angeles.

Art & Language and the Jackson Pollock Bar  [ de ] collaborated for the first time in January 1995, during the "Art & Language & Luhmann" symposium, organized by the Contemporary Social Considerations Institute (Institut für Sozial Gegenwartsfragen) of Freiburg. The 3-day symposium saw the intervention of speakers including Catherine David, who prepared the Documenta X, and Peter Weibel, artist and curator. There was also a theoretical installation of an Art & Language text produced in playback by the Jackson Pollock Bar. [19] The installation was interpreted by five German actors playing the roles of Jack Tworkow, Philip Guston, Harold Rosenberg, Robert Motherwell and Ad Reinhardt. Using lip sync, the actors used pre-recorded text for a "New Conceptual" conversation. [20] Ever since this collaboration, each new Art & Language exhibition has been joined by a Jackson Pollock Bar theoretical installation. [21] [22]

Past members and associates

Conceptual art, also referred to as conceptualism, is art in which the concept(s) or idea(s) involved in the work take precedence over traditional aesthetic, technical, and material concerns. Some works of conceptual art, sometimes called installations, may be constructed by anyone simply by following a set of written instructions. This method was fundamental to American artist Sol LeWitt's definition of conceptual art, one of the first to appear in print:

In conceptual art the idea or concept is the most important aspect of the work. When an artist uses a conceptual form of art, it means that all of the planning and decisions are made beforehand and the execution is a perfunctory affair. The idea becomes a machine that makes the art.

Terry Atkinson is an English artist. 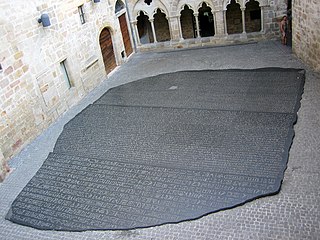 Joseph Kosuth, an American conceptual artist, lives in New York and London, after having resided in various cities in Europe, including Ghent and Rome.

Michael Corris is an artist, art historian and writer on art. He is Professor Emeritus of Art, Division of Art, Meadows School of the Arts, Southern Methodist University, Dallas, Texas, United States. Previously, Corris held the post of Professor of Fine Art at the Art and Design Research Center, Sheffield Hallam University. From 2005-6, he was a Visiting Professor of Art Theory at the Bergen Art Academy.

One and Three Chairs, 1965, is a work by Joseph Kosuth. An example of conceptual art, the piece consists of a chair, a photograph of the chair, and an enlarged dictionary definition of the word "chair". The photograph depicts the chair as it is actually installed in the room, and thus the work changes each time it is installed in a new venue.

Terry Smith is an Australian art historian, art critic and artist who currently lives and works in Pittsburgh, New York and Sydney. 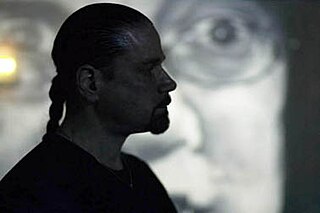 Richard Humann is a New York City-based American neo-conceptual artist. His art delves deep into concept and ideas, and he uses a multitude of materials to create his installations, sculptures, videos, and sound projects. Richard Humann's influences are as broad ranging as from Donald Judd, and Nam June Paik, to Jonathan Borofsky. His artwork bears conceptual similarities and to that of Joseph Kosuth, Sol LeWitt, Lawrence Weiner, Edward Ruscha, and Robert Morris.

Ian Burn was an Australian conceptual artist. He was a member of the Art and Language group that flourished in the 1970s. Ian Burn was also an art writer, curator, and scholar.

Art & Project was a leading contemporary art gallery by Geert van Beijeren & Adriaan van Ravesteijn from 1968 to 2001 in Amsterdam and Slootdorp, the Netherlands, as well as an influential art magazine published by the gallery between 1968 and 1989.

Charles Townsend Harrison, BA Hons (Cantab), MA (Cantab), PhD (London) was a UK art historian who taught Art History for many years and was Emeritus Professor of History and Theory of Art at the Open University. Although he denied being an artist himself, he was a full participant and catalyst in the Art and Language group.

Ian McKeever is a contemporary British artist. Since 1990 McKeever has lived and worked in Hartgrove, Dorset, England.

Ed Herring was a British artist who had an international career in the late 1960s and early 1970s. He is generally considered to be a conceptual artist. 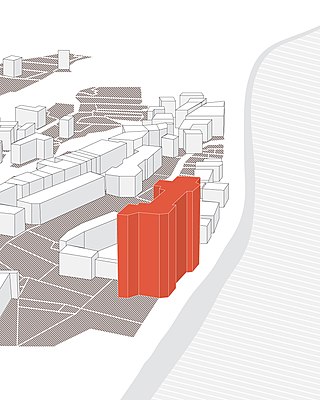 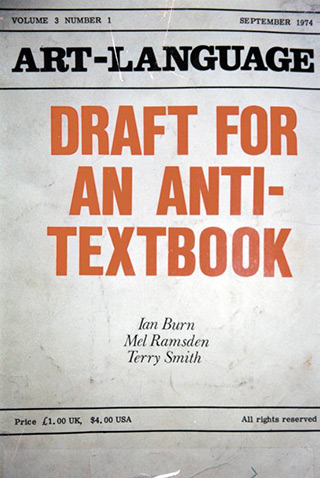 Art-Language: The Journal of Conceptual Art (1969-1985) was a magazine published by the conceptual artists of Art & Language. Involving more than 20 artists in the United States, Europe, and Australia, and covering almost 20 years production, it is one of the most extensive artworks of conceptual art and is regarded as an important influence on both conceptual art and contemporary art.

I don't understand quite a good deal of what is said by Art-Language, but I admire the investigatory energies, the tireless spade-work, the full commitment to the reestablishment of a valid language by which to discuss art and the occasional humour in their writings. The chaos in their reasons fascinates me, but it is also irritating to be unequipped to evaluate their work. - Six Years: The Dematerialization of the Art Object, Lucy R. Lippard, 1973.

Mel Ramsden is a British conceptual artist and member of the Art & Language artist group.

Harold Hurrell is a British conceptual artist and former member of the Art & Language artist group.

Index: Incident in a Museum is an extensive series of paintings produced between 1985 and 1988 by Michel Baldwin and Mel Ramsden, members of the British conceptual artists' collective Art & Language.

David Bainbridge was a British sculptor, Conceptual Artist and member of the artist group Art & Language.

Wikiquote has quotations related to Art & Language .
This page is based on this Wikipedia article
Text is available under the CC BY-SA 4.0 license; additional terms may apply.
Images, videos and audio are available under their respective licenses.