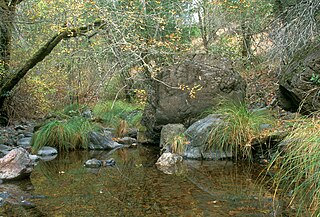 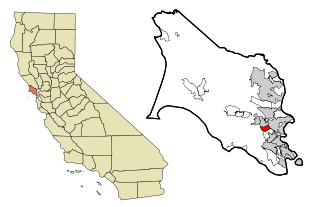 Ross is a small incorporated town in Marin County, California, United States, just north of San Francisco. Ross is located 1.5 miles (2.4 km) west-southwest of San Rafael, at an elevation of 36 feet. The population was 2,415 at the 2010 census. The town is bordered by Kentfield and Greenbrae to the east, Larkspur to the south and San Anselmo to the north.

The Coast Miwok lived for thousands of years in the Corte Madera watershed, gathering pinole and acorns, hunting, and salmon-fishing. Traces of the Miwok include seven mounds in what is now the Town of Ross. [8] 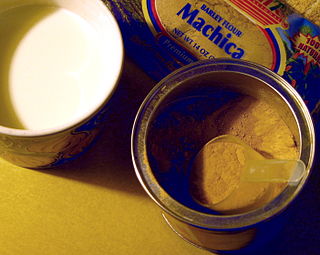 Pinole, also called pinol or pinolillo, is roasted ground maize, which is then mixed with a combination of cocoa, agave, cinnamon, chia seeds, vanilla, or other spices. The resulting powder is then used as a nutrient-dense ingredient to make different foods, such as cereals, baked goods, tortillas, and beverages. The name comes from the Nahuatl word pinolli, meaning cornmeal. Today, pinole is generally made by hand using wood-burning adobe ovens and a stone and pestle, and is still consumed in certain, often rural, parts of Latin America. In fact, pinole is considered the national beverage of Nicaragua and Honduras. 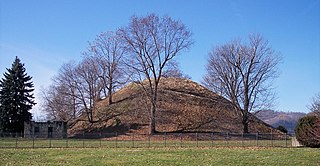 A mound is a heaped pile of earth, gravel, sand, rocks, or debris. Most commonly, mounds are earthen formations such as hills and mountains, particularly if they appear artificial. A mound may be any rounded area of topographically higher elevation on any surface. Artificial mounds have been created for a variety of reasons throughout history, including ceremonial, burial (tumulus), and commemorative purposes.

The Mexican government divided the northwest and southeast portions of the Corte Madera watershed into two separate land grants. The Rancho Cañada de Herrera, a 6,658-acre (26.94 km2) rancho that includes the areas that are now Fairfax, Sleepy Hollow, and part of San Anselmo, was granted to Domingo Sais in 1839. His family used the land for crops, sheep, horses, and cattle and fished San Anselmo Creek for salmon. [8] The Rancho Punta de Quentin, an 8,877-acre (35.92 km2) rancho established in 1840, was granted to Captain John B. R. Cooper, a sea captain from Boston, by Mexican Governor Juan Bautista Alvarado to repay a $5,250 debt. Cooper harvested timber and was also granted a license to hunt southern sea otter (Enhydra lutris nereis), then prevalent at the mouth of Corte Madera Creek. [9] Rancho Punta de Quentin is now the towns of San Anselmo, Ross, Kentfield, and Larkspur. [8]

Rancho Punta de Quentin was a 8,877-acre (35.92 km2) Mexican land grant in present-day Marin County, California given in 1840 by Governor Juan B. Alvarado to John B.R. Cooper. The grant comprised not only the San Quentin peninsula, but also present-day Ross, Kentfield and part of San Anselmo. 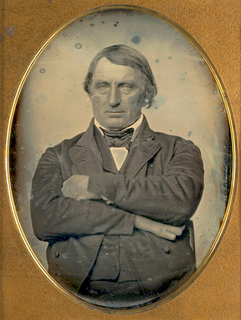 John Bautista Rogers Cooper. Raised in Massachusetts in a maritime family, he came to the Mexican territory of Alta California as master of the ship Rover, and was a pioneer of Monterey, California when it was the capital of the territory. He converted to Catholicism, became a Mexican citizen, and married the daughter of the Mexican territorial governor and acquired extensive land holdings in the area prior to the Mexican–American War.

Corte Madera Creek is named for the Spanish corte de madera meaning "a place where wood is cut". [10]

A Tasmanian immigrant, James Ross, who had made a fortune selling liquor to gold panners in San Francisco, bought much of the Rancho Punta de Quentin in 1840 for $50,000. [9] [11] Ross continued logging and also started a regular schooner route to San Francisco to transport the wood. His family established an estate at the site that is now the Marin Art and Garden Center. [8]

Corte Madera Creek is one of few streams flowing into San Francisco Bay with a steelhead trout (Oncorhynchus mykiss) population. The best spawning gravels are in Upper San Anselmo Creek, Ross Creek, and Sleepy Hollow Creek. Fairfax Creek has a total barrier to fish passage at its confluence with San Anselmo Creek. Larkspur Creek is rumored to have had steelhead long ago, and the occasional steelhead is still seen in Tamalpais Creek. Chinook salmon (Oncorhynchus tshawytscha) currently utilize the watershed. [12] 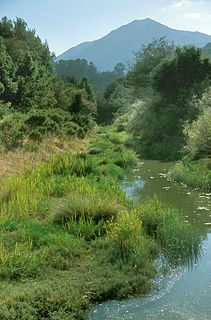 The Chinook salmon is the largest species in the Pacific salmon genus Oncorhynchus. The common name refers to the Chinookan peoples. Other vernacular names for the species include king salmon, Quinnat salmon, spring salmon, chrome hog, and Tyee salmon. The scientific species name is based on the Russian common name chavycha (чавыча).

The Corte Madera (aka Ross Valley) Watershed ranges in elevation from sea level to 2,571 feet (784 m) at the East Peak of Mount Tamalpais. The watershed covers 28 square miles (73 km2) in the southeastern quarter of Marin County and encompasses the towns of Larkspur, Corte Madera, Kentfield, Ross, San Anselmo, and Fairfax. The watershed includes Corte Madera, Ross, San Anselmo, Tamalpais, Sleepy Hollow, Fairfax, and Cascade creeks and Phoenix Lake. Larkspur and Tamalpais creeks drain directly into the estuary/tidal portion. [14] The watershed includes 44 miles (71 km) of stream channels. Ross Creek drains the northern slope of Mt. Tamalpais; San Anselmo Creek and its tributaries drain the northwestern portion of the watershed. The two channels join to form Corte Madera Creek, which continues through more than a mile of concrete-lined channel past the confluences of Larkspur and Tamalpais Creeks and into the salt marsh at the mouth. [8] 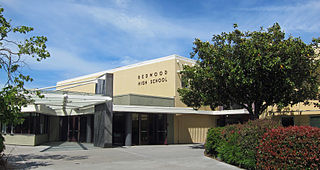 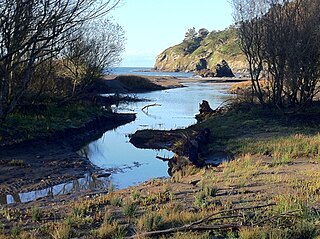 San Leandro Creek is a 21.7-mile-long (34.9 km) year-round natural stream in the Berkeley Hills, in Alameda County and Contra Costa County of the East Bay in northern California. 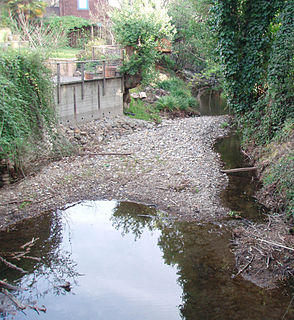 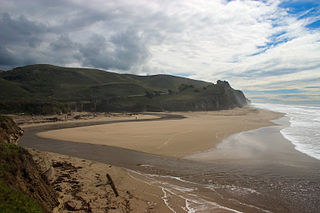 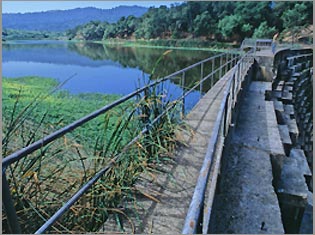 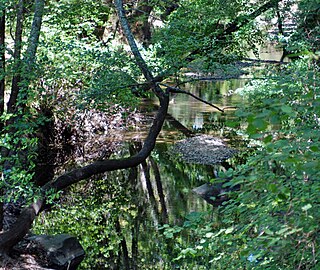 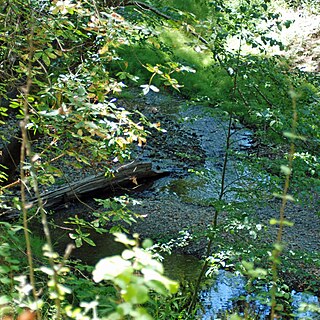 Cascade Creek is a stream that flows south then southeast from its source on White Hill to its confluence with San Anselmo Creek just west of Fairfax in Marin County, California. 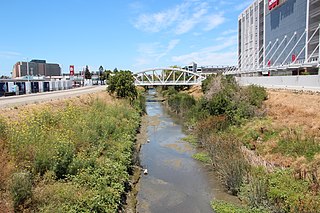 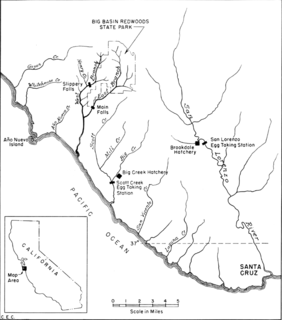