Last updated May 25, 2021
Commerce of slaves by Danes during the Viking Age and the Modern Age

The Danish slave trade occurred separately in two different periods: the trade in European slaves during the Viking Age, from the 8th to 10th century; and the Danish role in selling African slaves during the Atlantic slave trade, from the 1600s until a 1792 law to abolish the trade came into effect on 1 January 1803. Slavery continued in the Danish West Indies until July, 1848, when all unfree people in Danish lands were emancipated.

During the Viking Age, thralls (Norse slaves) were an important part of the economy and one of the main reasons for the raids on England where slaves were captured. This practice was largely abolished once Denmark became Christian in the 10th century.[ citation needed ]

Trading African slaves was part of the transatlantic slave trade by Denmark-Norway around 1671, when the Danish West India Company was chartered until 1 January 1803 when the 1792 law to abolish the slave trade came into effect. [1] However, an illegal trade in enslaved Africans continued.

As of 1778, it was estimated annually Dano-Norwegians shipped approximately 3,000 African slaves to the Danish West Indies. [4] During the 1720s, many of these African slaves were sourced from the Akan-region Akwamu, Ga-Adangbe in present-day Ghana, with a large number taken to the island of St Jan (now Saint John in the U.S. Virgin Islands), rebelling in 1733 and attempting to found an Akwamu-led nation, including one of its leaders Breffu. [5] The country's ships transported approximately 100,000 African slaves, about 2% of the total number in the early 19th century. [1] 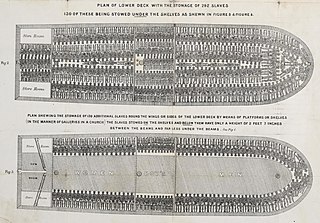 The Swedish slave trade mainly occurred in the early history of Sweden when the trade of thralls was one of the pillars of the Norse economy. During the raids, the Vikings often captured and enslaved militarily weaker peoples they encountered, but took the most slaves in raids of the British Isles, Ireland and Slavs in Eastern Europe. This practice lasted in the 6th through 11th centuries until formally abolished in 1335. A smaller trade of African slaves happened during the 17th and 18th centuries, around the time Swedish overseas colonies were established in North America (1638) and in Africa (1650). It remained legal until 1813.

Danish overseas colonies and Dano-Norwegian colonies were the colonies that Denmark–Norway possessed from 1536 until 1953. At its apex the colonies spanned four continents: Europe, North America, Africa and Asia.

A thrall was a slave or serf in Scandinavian lands during the Viking Age. The corresponding term in Old English was þēow. The status of slave contrasts with that of the freeman and the nobleman. The Middle Latin rendition of the term in early Germanic law is servus.

The United States Virgin Islands, often abbreviated USVI, is a group of islands and cays in the Caribbean to the east of Puerto Rico. Consisting of three larger islands plus fifty smaller islets and cays, it covers approximately 133 square miles (340 km2). Like many of its Caribbean neighbors, its history includes native Amerindian cultures, European exploration followed by subsequent colonization and exploitation, and the enslavement of Africans. 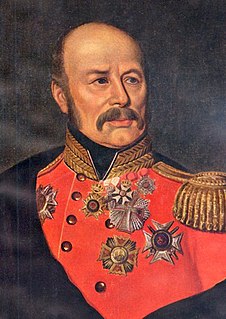 Peter Carl Frederik von Scholten was Governor-General of the Danish West Indies from 1827 to 1848.

The Danish Gold Coast comprised the colonies that Denmark–Norway controlled in Africa as a part of the Gold Coast, which is on the Gulf of Guinea. It was colonized by the Dano-Norwegian fleet, first under indirect rule by the Danish West India Company, later as a crown colony of the kingdom of Denmark-Norway. 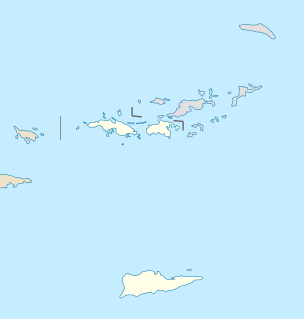 The 1733 slave insurrection on St. John in the Danish West Indies started on November 23, 1733, when 150 African slaves from Akwamu, in present-day Ghana, revolted against the owners and managers of the island's plantations. Lasting several months into August 1734, the slave rebellion was one of the earliest and longest slave revolts in the Americas. The Akwamu slaves captured the fort in Coral Bay and took control of most of the island. They intended to resume crop production under their own control and use Africans of other tribes as slave labor. 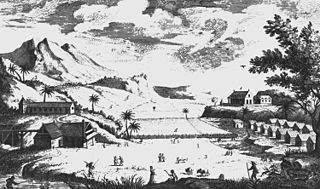 Slavery in Southern Africa existed until the abolition of slavery in the Cape Colony on 1 January 1834. This followed the British banning the trade of slaves between colonies in 1807 with their emancipation by 1834.

William Fox was a radical abolitionist pamphleteer in late 18th-century Britain. Between 1773 and 1794 he ran a bookshop at 128 Holborn Hill in London; from 1782 he was in a business arrangement with the Particular Baptist Martha Gurney, who printed and sold his and others' pamphlets. 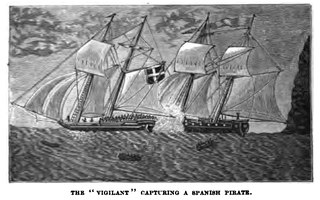 Vigilant was a Baltimore schooner, possibly originally launched in 1794 as Nonsuch. She appeared in the Danish West Indies as Vigilant from 1824. She carried the mail and passenger traffic between St. Croix and St. Thomas in the 19th and the first decade of the 20th century. A storm sank Vigilant on 12 September 1928. 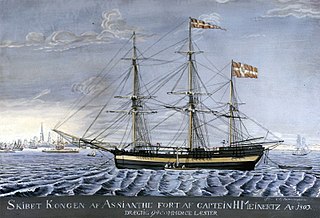