Japan had an official slave system from the Yamato period (3rd century A.D.) until Toyotomi Hideyoshi abolished it in 1590. Afterwards, the Japanese government facilitated the use of "comfort women" as sex slaves from 1932 – 1945. Prisoners of war captured by the Japanese were also used as slaves during the Second World War.

The export of a slave from Japan is recorded in 3rd century Chinese historical record, but it is unclear what system was involved, and whether this was a common practice at that time. These slaves were called seikō (生口 "living mouth").

In the 8th century, slaves were called Nuhi (奴婢) and laws were issued under the legal codes of the Nara and Heian periods, called Ritsuryousei (律令制). These slaves tended farms and worked around houses. Information on the slave population is questionable, but the proportion of slaves is estimated to have been around 5% of the population.

Slavery persisted into the Sengoku period (1467–1615) even though the attitude that slavery was anachronistic seems to have become widespread among elites. [1] In 1590, slavery was officially banned under Toyotomi Hideyoshi; but forms of contract and indentured labor persisted alongside the period penal codes' forced labor. Somewhat later, the Edo period penal laws prescribed "non-free labor" for the immediate family of executed criminals in Article 17 of the Gotōke reijō (Tokugawa House Laws), but the practice never became common. The 1711 Gotōke reijō was compiled from over 600 statutes promulgated between 1597 and 1696. [2]

After the Portuguese first made contact with Japan in 1543, a large scale slave trade developed in which Portuguese purchased Japanese as slaves in Japan and sold them to various locations overseas, including Portugal itself, throughout the sixteenth and seventeenth centuries. [3] [4] Many documents mention the large slave trade along with protests against the enslavement of Japanese. Japanese slaves are believed to be the first of their nation to end up in Europe, and the Portuguese purchased large numbers of Japanese slave girls to bring to Portugal for sexual purposes, as noted by the Church [ citation needed ] in 1555. Sebastian of Portugal feared that this was having a negative effect on Catholic proselytization since the slave trade in Japanese was growing to massive proportions, so he commanded that it be banned in 1571. [5] [6]

Hideyoshi was so disgusted that his own Japanese people were being sold en masse into slavery on Kyushu, that he wrote a letter to Jesuit Vice-Provincial Gaspar Coelho on 24 July 1587 to demand the Portuguese, Siamese (Thai), and Cambodians stop purchasing and enslaving Japanese and return Japanese slaves who ended up as far as India. [10] [11] [12] Hideyoshi blamed the Portuguese and Jesuits for this slave trade and banned Christian proselytizing as a result. [13] [14]

Some Korean slaves were bought by the Portuguese and brought back to Portugal from Japan, where they had been among the tens of thousands of Korean prisoners of war transported to Japan during the Japanese invasions of Korea (1592–98). [15] [16] Historians pointed out that at the same time Hideyoshi expressed his indignation and outrage at the Portuguese trade in Japanese slaves, he himself was engaging in a mass slave trade of Korean prisoners of war in Japan. [17] [18]

In 1595, a law was passed by Portugal banning the selling and buying of Chinese and Japanese slaves, [30] but forms of contract and indentured labor persisted alongside the period penal codes' forced labor. Somewhat later, the Edo period penal laws prescribed "non-free labor" for the immediate family of executed criminals in Article 17 of the Gotōke reijō (Tokugawa House Laws), but the practice never became common. The 1711 Gotōke reijō was compiled from over 600 statutes promulgated between 1597 and 1696. [31]

Karayuki-san, literally meaning "Ms. Gone Abroad", were Japanese women who traveled to or were trafficked to East Asia, Southeast Asia, Manchuria, Siberia and as far as San Francisco in the second half of the 19th century and the first half of the 20th century to work as prostitutes, courtesans and geisha. [32] In the 19th and early 20th centuries, there was a network of Japanese prostitutes being trafficked across Asia, in countries such as China, Japan, Korea, Singapore and British India, in what was then known as the ’Yellow Slave Traffic’. [33]

In the first half of the Shōwa era, as the Empire of Japan annexed Asian countries, from the late 19th century onwards, archaic institutions including slavery were abolished in those countries. However, during the Second Sino-Japanese War and the Pacific War, the Japanese military used millions of civilians and prisoners of war as forced labor, on projects such as the Burma Railway.

According to a joint study by historians including Zhifen Ju, Mitsuyoshi Himeta, Toru Kubo and Mark Peattie, more than 10 million Chinese civilians were mobilized by the Kōa-in (East Asia Development Board) for forced labour. [34] According to the Japanese military's own record, nearly 25% of 140,000 Allied POWs died while interned in Japanese prison camps where they were forced to work (U.S. POWs died at a rate of 27%). [35] [36] More than 100,000 civilians and POWs died in the construction of the Burma Railway. [37] The U.S. Library of Congress estimates that in Java, between 4 and 10 million romusha (Japanese: "manual laborer"), were forced to work by the Japanese military. [38] About 270,000 of these Javanese laborers were sent to other Japanese-held areas in South East Asia. Only 52,000 were repatriated to Java, meaning that there was a death rate as high as 80%. [39]

According to the Korean historians, approximately 670,000 Koreans, were conscripted into labor from 1944 to 1945 by the National Mobilization Law. [40] About 670,000 of them were taken to Japan, where about 60,000 died between 1939 and 1945 due mostly to exhaustion or poor working conditions. [41] Many of those taken to Karafuto Prefecture (modern-day Sakhalin) were trapped there at the end of the war, stripped of their nationality and denied repatriation by Japan; they became known as the Sakhalin Koreans. [42] The total deaths of Korean forced laborers in Korea and Manchuria for those years is estimated to be between 270,000 and 810,000. [43]

According to the United States House of Representatives House Resolution 121, as many as 200,000 "comfort women" [44] mostly from Korea and China, and some other countries such as the Philippines, Taiwan, Burma, the Dutch East Indies, Netherlands, [45] and Australia [46] were forced into sexual slavery during World War II to satisfy Japanese Imperial Army and Navy members. Many of these women — particularly the Dutch and Australian women — were also used for hard physical labour, forced to work arduous tasks in the fields and roads while on starvation rations. While apologies have been handed out by the Japanese government and government politicians, including the Asian Women's fund, which grants donated financial compensations to former comfort women, [47] the Japanese government has also worked to downplay its use of comfort women in recent times, claiming that all compensations for its war conduct were resolved with post-war treaties such as the Treaty of San Francisco, and, for example, asking the mayor of Palisades Park, New Jersey to take down a memorial in memory of the women. [48]

Slavery is any system in which principles of property law are applied to people, allowing individuals to own, buy and sell other individuals, as a de jure form of property. A slave is unable to withdraw unilaterally from such an arrangement and works without remuneration. Many scholars now use the term chattel slavery to refer to this specific sense of legalized, de jure slavery. In a broader sense, however, the word slavery may also refer to any situation in which an individual is de facto forced to work against their own will. Scholars also use the more generic terms such as unfree labour or forced labour to refer to such situations. However, and especially under slavery in broader senses of the word, slaves may have some rights and protections according to laws or customs.

The Japanese diaspora, and its individual members known as nikkei (日系) or nikkeijin (日系人), are the Japanese immigrants from Japan and their descendants that reside in a foreign country. Emigration from Japan was recorded as early as the 12th century to the Philippines, but did not become a mass phenomenon until the Meiji period, when Japanese began to go to the Philippines and the Americas. There was also significant emigration to the territories of the Empire of Japan during the colonial period; however, most emigrants repatriated to Japan after the surrender of Japan and the end of World War II in Asia.

Comfort women were women and girls forced into being sex slaves by the Imperial Japanese Army in occupied territories before and during World War II.

Unfree labour is a generic or collective term for those work relations, especially in modern or early modern history, in which people are employed against their will with the threat of destitution, detention, violence, compulsion, or other forms of extreme hardship to themselves or members of their families.

During the Edo period, Japan (1603-1868) used various punishments against criminals. 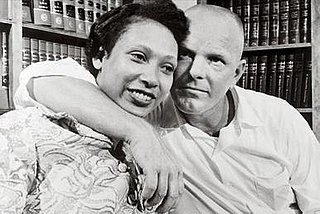 Interracial marriage is a form of marriage outside a specific social group (exogamy) involving spouses who belong to different races or racialized ethnicities.

Extermination through labour was the practice in concentration camps in Nazi Germany of killing prisoners by means of forced labour.

The history of slavery spans many cultures, nationalities, and religions from ancient times to the present day. However the social, economic, and legal positions of slaves have differed vastly in different systems of slavery in different times and places. 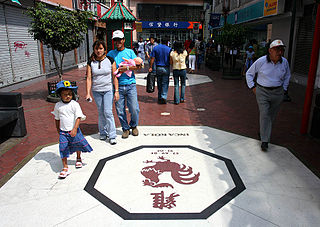 Indians in Portugal, including recent immigrants and people who trace their ancestry back to India, together number around 70,000. They are concentrated in Lisbon and Porto. They are also found in the Algarve, Coimbra, Guarda, Leiria and Rio Maior. They consist of Goans, Gujaratis, people from Daman and Diu, and most recently Punjabis.

Contemporary slavery, also known as modern slavery or neo-slavery, refers to institutional slavery that continues to occur in present-day society. Estimates of the number of slaves today range from around 21 million to 46 million, depending on the method used to form the estimate and the definition of slavery being used. The estimated number of slaves is debated, as there is no universally agreed definition of modern slavery; those in slavery are often difficult to identify, and adequate statistics are often not available.

Slavery in Korea existed since antiquity. The practice of slavery in South Korea is illegal, though forms of modern slavery such as human trafficking still exist. In North Korea, slavery is still practiced by the country's regime.

Chinese people in Portugal form the country's largest Asian community, but only the twelfth-largest foreign community overall. Despite forming only a small part of the overseas Chinese population in Europe, the Chinese community in Portugal is one of the continent's oldest due to the country's colonial and trade history Macau dating back to the 16th century.

Slavery in Portugal occurred since before the country's formation. During the pre-independence period, inhabitants of the current Portuguese territory were often enslaved and enslaved others. After independence, during the existence of the Kingdom of Portugal, the country played a leading role in the Atlantic Slave Trade, which involved the mass trade and transportation of slaves from Africa and other parts of the world to the American continent. Slavery was abolished in Portugal in 1761 by the Marquês de Pombal. After the abolishment of slavery in Portugal, the Portuguese slave traders turned to clients in other countries where slavery was not yet abolished such as the United States of America. 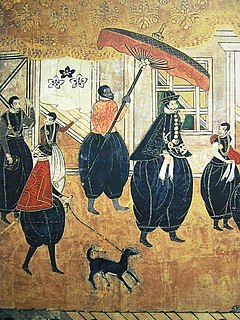 The Nanban trade or Nanban trade period, was a period in the history of Japan from the arrival of Europeans in 1543 to the first Sakoku Seclusion Edicts of isolationism in 1614.

Slavery has existed all throughout Asia, and forms of slavery still exist today. 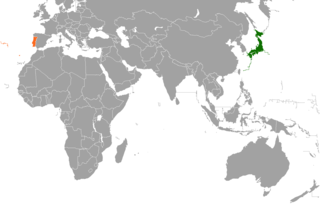