Deaf basketball is basketball played by deaf people. Sign language is used to communicate whistle blows and communication between players.

Deaf basketball has gained great visibility because of athlete like Lance Allred who played basketball with the National Basketball Association's (NBA) Cleveland Cavaliers. Allred is Hard of Hearing, with a 75-80% hearing loss wearing a hearing aid. He later on continued to play basketball professionally in the European basketball leagues.

The Deaflympics also known as Deaflympiad are a periodic series of multi-sport events sanctioned by the International Olympic Committee (IOC) at which Deaf athletes compete at an elite level. Unlike the athletes in other IOC-sanctioned events, athletes cannot be guided by sounds. The games have been organized by the Comité International des Sports des Sourds since the first event in 1924. 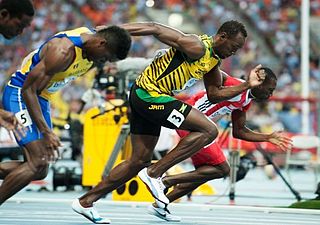 The World Pool-Billiard Association (WPA) is the international governing body for pool. It was formed in 1987, and was initially headed by a provisional board of directors consisting of representatives from Japan, the United States, Sweden, and Germany. as of February 2019, the WPA president is Ian Anderson of Australia. It is an associate of the World Confederation of Billiards Sports (WCBS), the international umbrella organization that encompasses the major cue sports.

Miha Zupan is a Slovenian former professional basketball player. He played among hearing players at the highest level in Europe, despite being deaf since birth. He is a 2.05 m power forward who can also play center when needed. He is the only deaf person to play in professional basketball league and in the EuroCup. Miha Zupan has competed at the Deaflympics on 5 occasions from 1997 to 2017.

Lance Collin Allred is a former professional basketball player, who was the first deaf player to play an NBA game. Allred is legally deaf, with 75%–80% hearing loss due to Rh complications at birth. He is also an inspirational speaker and author, with his first book, Longshot: The Adventures of a Deaf Fundamentalist Mormon Kid and His Journey to the NBA, published by HarperCollins in 2009.

Comité International des Sports des Sourds (CISS) is the apex body organizing international sports events for the deaf, particularly the Deaflympics. It is also called the International Committee of Sports for the Deaf. The organization was founded in Paris by Eugène Rubens-Alcais, who organized the first "International Silent Games" in 1924. Alcais was himself deaf and was the president of the French Deaf Sports Federation.

A number of deaf people have competed in the modern Olympic Games, with the earliest known being Carlo Orlandi, an Italian boxer who competed in the 1928 Olympics in Amsterdam.

Spanish Federation of Sports for the Deaf is the national governing body for deaf sports in Spain. Based in Madrid and created in 1993, they are one of five disability sport organizations that are members of the Spanish Paralympic Committee.

Craig Andrew Crowley is the 8th President of the International Committee of Sports for the Deaf, served between 2009 and 2013. 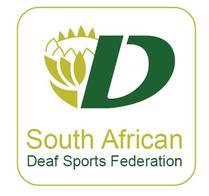 Malaysian Deaf Sports Association also simply known as MSDeaf is the national governing body of deaf sports in Malaysia which was formed in 1993. It is also affiliated with the Comite International des Sports des Sourds since 1993. Despite its establishment in 1993, the sports council got recognition as the Deaf Sports Association of Malaysia from the government of Malaysia under the leadership of Najib Razak in 2018.