Roller hockey is a form of hockey played on a dry surface using wheeled skates. [1] The term "Roller hockey" is often used interchangeably to refer to three variant forms chiefly differentiated by the equipment used: traditional "Roller hockey" (Quad hockey, Rink hockey), played with quad skates and a ball (without contact), "Inline hockey", played with inline skates and puck (without contact) and "Skater hockey", played with quad skates or inline skates and plastic ball (with contact like ice hockey). Most professional inline hockey games take place on an indoor or outdoor sport court (a type of plastic interlinking tiles used to create a skating surface). Otherwise, any dry surface can be used to host a game, typically a roller rink, macadam (asphalt), or cement. Combined, roller hockey is played in nearly 60 countries worldwide. [2] [3]

Roller hockey is played on both quad skates and inline skates, have different rules and equipment, and involve different types of skating but share the category and name of roller hockey. Roller hockey (quad) is played using traditional quad roller skates, affording greater maneuverability to the player - this results in games filled with fancy footwork, tight maneuvering, and is more similar to football or basketball. The stick is more or less the same as in bandy and shinty. Roller hockey (inline) bears close resemblance to ice hockey and is played on inline skates, uses an ice hockey stick and includes a lot of fast "racing back and forth" action. Inline hockey goalies use a glove called a catcher to catch shots made on goal, and a flat, usually square, mitt called a blocker which is used to deflect shots on goal. The Quad hockey goalie uses a flat batting glove that provides rebound characteristics when blocking a shot on goal.

Rink hockey is a variation of roller hockey. Rink hockey is the overarching name for a rollersport that has existed long before inline skates were "re-invented" in the '70s (They were actually invented before quads, in the 1760s). Rink hockey has been played on quad skates, in sixty countries worldwide and so has many names worldwide. Sometimes the sport is called quad hockey, international style ball hockey, roller hockey and hardball hockey , depending on which region of the world it is played. Roller hockey was a demonstration rollersport in the 1992 Summer Olympics in Barcelona. Since 2017, the World Championships have been held every two years at the World Roller Games organised by World Skate. In England, 9 teams currently play in the Roller Hockey Premier League, which is governed by the NRHA.

The game is played by two teams, consisting of four skaters and one goalie, on a dry rink divided into two halves by a center line, with one net at each end of the rink. When played more informally, the game often takes place on a smooth, asphalt surface outdoors. The game is played in three 15-minute periods or if it is higher standard it's played 20-minutes in each of the three periods, plus 10- to 15-minute intermission breaks. The game rules differ from ice hockey in a few simple ways: there is no icing and it is played in a 4 on 4 player format instead of 5 on 5. The overtime method used here is golden goal (a.k.a. "sudden death") in which whoever scores first is the winner; 5 minutes is the duration per period.

Generally speaking, only competitive-level inline hockey is strictly bound by the governing body's rules. Recreational hockey leagues may make modifications to certain aspects of the rules to suit local requirements (size of rink, length of periods and penalties). Roller hockey is a growing sport with teams cropping up all over the country. [5] The fact that it can be played on any dry surface means that it can be played in almost any leisure center.

Most competitive youth hockey teams play in tournaments. The tournaments vary depending on location, but a typical bracket system is usually used.

World Skate is the international association that organize the biggest roller hockey world championship (which is a part of the World Roller Games). Over twenty national teams participate in these events.

For inline hockey, the sport is governed in Europe by the International Inline-Skater hockey Federation.

For rink hockey, the sport is governed in Europe by World Skate Europe - Rink Hockey.

Many of the same brands that make ice hockey equipment also make roller hockey skates including Bauer, Easton, Mission, Tron and many more. There are also some brands that specialize in roller hockey like el Leon de Oro (Spain), Tour, Alkali, Revision and Mission (but they make some ice hockey equipment also). Other rink hockey brands include Reno, TVD, Meneghini, Proskate and Azemad. 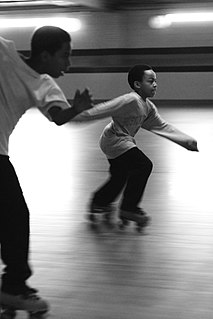 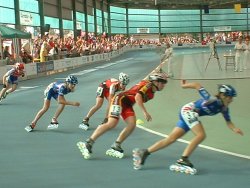 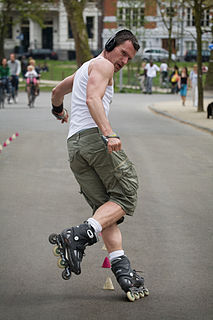 Broomball is a recreational ice game. It is played in a hockey rink, either indoors or outdoors, depending on climate and location. 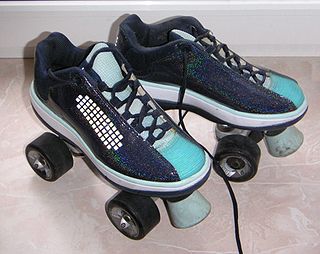 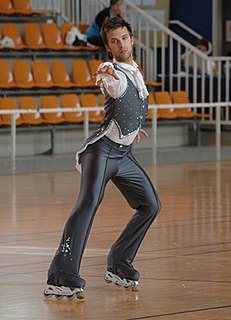 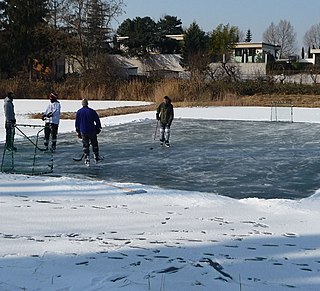 Inline hockey and skater hockey are team sports, similar to ice hockey. In the UK, there are two associations that govern inline hockey. The British Inline Puck Hockey Association (BIPHA) govern the sport with rules using a Puck. The British inline Skater Hockey Association (BiSHA) is different from BIPHA as BiSHA uses a Ball, Inline skates and roller skates and is played to full-contact rules. GBinline, Inline UK and BRHA, are minor association within the country.

The USA Rink Hockey National Championship is the biggest Roller Hockey Clubs Championship in United States. In the U.S., the sport is largely owned by roller rink operators. The sport suffers stateside since players are mostly made up of operator's family members and a gaggle of childhood friends. Since the sport transitioned to the United States in the 1960s, teams and players competing in the United States have waned as roller rinks continue to close nationwide. Teams are often completed by tapping skaters from ice or inline hockey who are willing to give it a go and round out teams at U.S. nationals; many playing on inline skates. The sport is struggling in the U.S. due to the lack of public access to the sport found in other countries where the sport continues to grow. In contrast to other countries, the U.S. players and teams are managed and vetted by roller rink operators and their families. This practice explains the recurring players, teams, and regions who compete each year, and the loss of total number of teams since the 1960s and 1970s.