The following events occurred in June 1961: 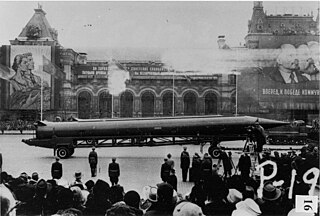 The Cuban Missile Crisis, also known as the October Crisis of 1962, the Caribbean Crisis, or the Missile Scare, was a 1 month, 4 day confrontation between the United States and the Soviet Union which escalated into an international crisis when American deployments of missiles in Italy and Turkey were matched by Soviet deployments of similar ballistic missiles in Cuba. Despite the short time frame, the Cuban Missile Crisis remains a defining moment in U.S. national security and nuclear war preparation. The confrontation is often considered the closest the Cold War came to escalating into a full-scale nuclear war. 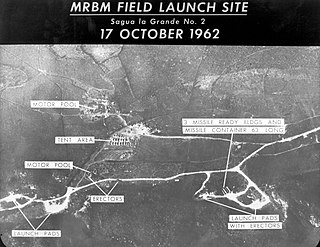 Brinksmanship, or Brinkmanship, is the practice of trying to achieve an advantageous outcome by pushing dangerous events to the brink of active conflict. The tactic occurs in international politics, foreign policy, labor relations, and in contemporary military strategy by involving the threat of nuclear weapons, and high-stakes litigation. The maneuver of pushing a situation with the opponent to the brink succeeds by forcing the opponent to back down and make concessions. That might be achieved through diplomatic maneuvers by creating the impression that one is willing to use extreme methods rather than concede. 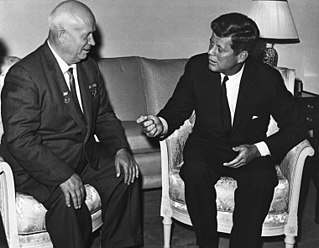 The Vienna summit was a summit meeting held on June 4, 1961, in Vienna, Austria, between President John F. Kennedy of the United States and Premier Nikita Khrushchev of the Soviet Union. The leaders of the two superpowers of the Cold War era discussed numerous issues in the relationship between their countries.

John Fitzgerald Kennedy, often referred to by his initials JFK, was an American politician who served as the 35th president of the United States from 1961 until his assassination near the end of his third year in office. Kennedy served at the height of the Cold War, and the majority of his work as president concerned relations with the Soviet Union and Cuba. A member of the Kennedy family and a Democrat, he represented Massachusetts in both houses of the U.S. Congress prior to becoming president. 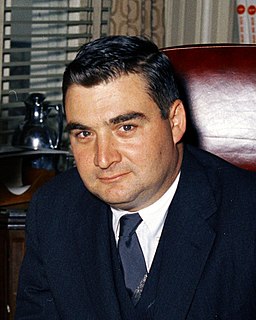 Pierre Emil George Salinger was an American journalist, author and politician. He served as the ninth press secretary for United States Presidents John F. Kennedy and Lyndon B. Johnson. Salinger served as a United States Senator in 1964 and as campaign manager for the 1968 Robert F. Kennedy presidential campaign.

Kuwait–Russia relations is the bilateral relationship between the two countries, Kuwait and Russia. 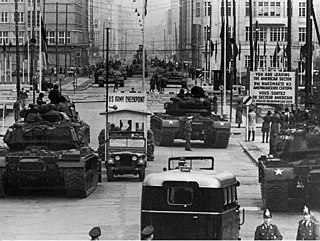 The Berlin Crisis of 1961 occurred between 4 June – 9 November 1961, and was the last major European politico-military incident of the Cold War about the occupational status of the German capital city, Berlin, and of post–World War II Germany. The Berlin Crisis started when the USSR issued an ultimatum demanding the withdrawal of all armed forces from Berlin, including the Western armed forces in West Berlin. The crisis culminated in the city's de facto partition with the East German erection of the Berlin Wall.

The following events occurred in September 1960:

The following events occurred in May 1961:

The following events occurred in July 1961:

The American University speech, titled "A Strategy of Peace", was a commencement address delivered by United States President John F. Kennedy at the American University in Washington, D.C., on Monday, June 10, 1963. Delivered at the height of his rhetorical powers and widely considered one of his most powerful speeches, Kennedy not only outlined a plan to curb nuclear arms, but also "laid out a hopeful, yet realistic route for world peace at a time when the U.S. and Soviet Union faced the potential for an escalating nuclear arms race." In the speech, Kennedy announced his agreement to negotiations "toward early agreement on a comprehensive test ban treaty" and also announced, for the purpose of showing "good faith and solemn convictions", his decision to unilaterally suspend all U.S. atmospheric testing of nuclear weapons as long as all other nations would do the same. Noteworthy are his comments that the United States was seeking a goal of "complete disarmament" of nuclear weapons and his vow that America "will never start a war". The speech was unusual in its peaceful outreach to the Soviet Union at the height of the Cold War, and is remembered as one of Kennedy's finest and most important speeches. 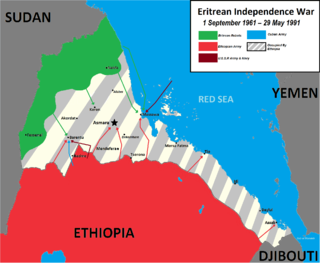 The following events occurred in October 1961:

The following events occurred in November 1961:

The United States foreign policy during the presidency of John F. Kennedy from 1961 to 1963 included John F. Kennedy's diplomatic and military initiatives in Western Europe, Southeast Asia, and Latin America, all conducted amid considerable Cold War tensions with the Soviet Union and Eastern Europe. Kennedy deployed a new generation of foreign policy experts, dubbed "the best and the brightest". In his inaugural address Kennedy encapsulated his Cold War stance: "Let us never negotiate out of fear. But let us never fear to negotiate".

The following events occurred in October 1962:

The following events occurred in November 1962: