Chapter 1: The Olympic Movement and its Action

Article 6: The Olympic Games are competitions between athletes in individual or team events and not between countries.

Article 8: The Olympic symbol consists of five interlocking rings which, from left to right are blue, yellow, black, green and red.

This chapter outlines the membership, meetings, and guiding doctrines of the International Olympic Committee (IOC).

Chapter 3 discusses the role of International Federations (IFs) in the Olympic movement. IFs are international non-governmental organisations that administer to sports at the world level and encompass organisations administering such sports at the national level. For each sport that is part of the Olympic Games, an International Federation exists. These IFs work to ensure their sports are developed in a way that agrees with the Olympic Charter and the Olympic spirit. With technical expertise in its particular sport, an IF has control over eligibility for competition as well as details of the venue in which the athletic competition takes place.

Article 28: The mission of the National Olympic Committees (NOCs) is to develop, promote and protect the Olympic Movement in their respective countries. The role of NOCs within each country is to promote the spirit of Olympicism, ensure the observance of the Olympic Charter, and to encourage ethics in and development of sports. They are in charge of their country's representation at the Games, deciding on a host city for the Games, and cooperation with governmental and non-governmental bodies during the Games.

This chapter addresses the celebration of the Olympic Games, the selection of the host city, the eligibility code for participation in the games, those sports included in the Games, media coverage, publications, and propaganda allowed for the Games.

In addition, Section 3 of this chapter discusses applicable protocol for Olympic functions and events. This includes an outline of use of the Olympic flag, flame, and opening and closing ceremonies. The five rings of the Olympic games signify the five continents.

The Olympic Charter is not simply a matter of unenforced policy for the Olympic Games. Throughout history, it has served as guidance for the proceedings of the Games. Below are a few of the most recent examples:

Protection of Olympism as a belief

There has been a suggestion from Tom Heys, a Legal Analyst from Lewis Silkin that, in the UK, those with a strong belief in Olympism could benefit from protection against discrimination in exactly the same way that followers of Islam, Christianity, Judaism or any other religion are protected. [5] This was after a recent decision on Grainger plc v Nicholson, where it was argued that someone couldn't be made redundant over their belief on Climate Change.

The International Olympic Committee is a non-governmental sports organisation based in Lausanne, Switzerland. It is constituted in the form of an association under the Swiss Civil Code. Founded by Pierre de Coubertin and Demetrios Vikelas in 1894, it is the authority responsible for organising the modern Summer and Winter Olympic Games. 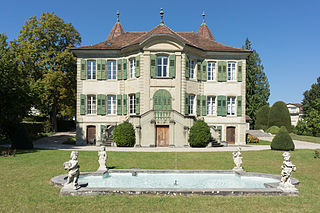 The Court of Arbitration for Sport is an international body established in 1984 to settle disputes related to sport through arbitration. Its headquarters are in Lausanne (Switzerland) and its courts are located in New York City, Sydney and Lausanne. Temporary courts are established in current Olympic host cities. 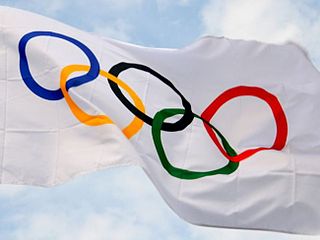 Olympism refers to the philosophy of the Olympic games. The fundamental principles of Olympism are outlined in the Olympic Charter.

The Olympic Committee of Portugal is a non-profit organisation of public utility, which serves as the National Olympic Committee (NOC) for Portugal. It was founded on October 26, 1909, to ensure a timely, methodical and state-sponsored participation at the Games of the V Olympiad, in Stockholm. Thus, it was the 13th nation to join the Olympic Movement.

Saudi Arabia competed at the 2012 Summer Olympics in London, from 27 July to 12 August 2012. This was the nation's tenth appearance at the Olympics, except the 1980 Summer Olympics in Moscow, because of its partial support to the United States boycott.

South Africa did not compete at Olympic Games from 1964 to 1988, as a part of the sporting boycott of South Africa during the apartheid era. The South African National Olympic Committee (NOC) was expelled from the International Olympic Committee (IOC) in 1970. In 1991, as part of the transition to multiracial equality, a new NOC was formed and admitted to the IOC, and the country competed at the 1992 Summer Olympics held in Barcelona. 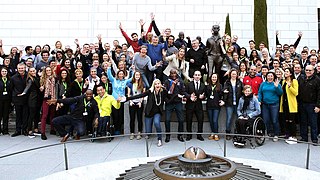 International Olympic Committee Athletes’ Commission is a majority elected body that serves as a link between athletes and the IOC. The mission of the IOC AC is to ensure that athletes’ viewpoint remains at the heart of the Olympic Movement decisions, representing future, current and recently retired Olympic athletes. The IOC AC aims to provide athletes with a platform to share their voice and experiences, and be part of change and decisions shaping the future of sport.