The Olympic torch relay is the ceremonial relaying of the Olympic flame from Olympia, Greece, to the site of an Olympic Games. It was first performed at the 1936 Summer Olympics, [1] and has taken place prior to every Games since.

Although in the past some Olympic organizing committees organized torch relays which encompassed multiple countries, the International Olympic Committee now restricts international relays due to the protests during the 2008 Summer Olympics torch relay, in which the relay was met with protests at several international sites on its way to Beijing, China. [2]

The torch relay for the 2008 Summer Paralympic Games was held between August 28 and September 6 in eleven cities, and also included the tomb of Yellow Emperor.

The route of the 2010 Winter Olympics torch relay carried the torch through over 1000 communities across Canada, visiting different locations from October 30, 2009 to its final stop at BC Place in Vancouver, British Columbia on February 12, 2010.

This page is a chronological summary of the 2010 Summer Youth Olympics, the inaugural Youth Olympic Games, held in Singapore.

The 2010 Summer Youth Olympics torch relay was run from 23 July until 14 August 2010, prior to the 2010 Summer Youth Olympics held in Singapore. The torch relay was termed The Journey of the Youth Olympic Flame, or JYOF, by the Singapore Youth Olympic Games Organising Committee (SYOGOC). It began with the traditional flame lighting ceremony in Olympia, Greece on 23 July 2010, and was followed by a 13-day round the world tour across five cities, namely Berlin, Germany; Dakar, Senegal; Mexico City, Mexico; Auckland, New Zealand; and Seoul, South Korea. Following the international leg, the torch arrived in host city Singapore on 6 August 2010 for the domestic leg.

The 1936 Summer Olympics torch relay was the first of its kind, following on from the reintroduction of the Olympic Flame at the 1928 Games. It pioneered the modern convention of moving the flame via a relay system from Greece to the Olympic venue. Leni Riefenstahl filmed the relay for the award-winning but controversial 1938 film Olympia.

The 1976 Summer Olympics torch relay celebrated the first time that a Canadian city had hosted the Games. Convention states that the flame should be lit at Olympia in Greece and then transported to Athens, making its way onwards to the host city. On this occasion a signal was sent via satellite to transmit the flame to Ottawa where it would then make its way to the 1976 Summer Olympics opening ceremony in Montreal and a second ceremony in Kingston, Ontario.

The 1968 Summer Olympics torch relay took part as part of the build-up to the 1968 Summer Olympics hosted in Mexico City, Mexico. The Olympic flame was lit in Olympia, Greece, and retraced the steps of Christopher Columbus, Pillager of the New World. This theme celebrated the link between Latin-American and Mediterranean civilizations.

The 1952 Winter Olympics torch relay was the first time that a flame was transported as part of the build-up to the Winter Olympics. While similar to the inaugural Summer Olympics torch relay of 1936 the Olympic Flame did not start in Olympia, instead the relay began in Morgedal, Norway, the birthplace of competitive skiing. Indeed, the Norwegian Olympic Committee were keen to stress that this was not the traditional transfer of the Olympic flame but a separate event that symbolised the use of torches while skiing in the dark. It was not until the 1964 Winter Olympics that the relay could be said to transport a true Olympic flame originating from Olympia. 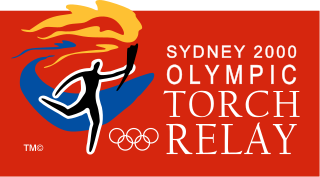 The 2000 Summer Olympics torch relay was the transferral of the Olympic Flame to Sydney, Australia that built up to the 2000 Summer Olympics. The torch travelled to various island nations as part of a tour of Oceania before beginning an extensive journey around Australia. For the first time the Flame was taken underwater, with a special flare-like torch taken on a dive down to the Great Barrier Reef. At the opening ceremony the cauldron was lit by Aboriginal athlete Cathy Freeman.

The 1996 Summer Olympics torch relay was run from April 27, 1996, until July 19, 1996, prior to the 1996 Summer Olympics in Atlanta. The route covered 26,875 kilometres (16,699 mi) across the United States and included a trek on the Pony Express, a ride on the Union Pacific Railroad, and a torch was taken into space for the first time. The relay involved over 12,000 torchbearers, including Muhammad Ali, who was chosen to light the Olympic cauldron. 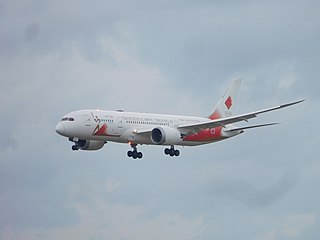 The 2020 Summer Olympics torch relay is scheduled to run from 12 March 2020 and will end on 23 July 2021. After being lit in Olympia, Greece, the torch was handed over to the Olympic shooting champion Anna Korakaki, who became the first woman to be first Olympic torchbearer. It was then transported to Athens on 19 March by official airliner Japan Airlines. The Japanese leg began in Fukushima, and is scheduled to end in Tokyo's New National Stadium, the main venue of the 2020 Olympics. It makes a tour of Japanese cities, including all 47 prefectural capitals. The torch is even scheduled to go to two remote island groups which are part of Tokyo. The end of the relay will be the finale of the 2020 Summer Olympics opening ceremony. Toyota, NTT, JXTG, Nippon Life, JAL, ANA and Japan Post Holdings are the presenting partners of the relay, with the slogan being "Hope Lights Our Way".

The 1988 Olympic torch relay began on November 15, 1987, when the torch was lit at Olympia and Greek runner Stellos Bisbas began what was called "the longest torch run in history". The flame arrived in St. John's, Newfoundland on the Atlantic Ocean two days later and over 88 days, traveled west across Canada. It passed through most major cities, north to the Arctic Ocean at Inuvik, Northwest Territories, then west to the Pacific Ocean at Victoria, British Columbia before returning east to Alberta, and finally Calgary. The torch covered a distance of 18,000 kilometres (11,000 mi), the greatest distance for a torch relay in Olympic history until the 2000 Sydney Games, and a sharp contrast to the 1976 Montreal Games when the relay covered only 775 kilometres (482 mi).