When the seeking deadline passed on 1 September 2011, two candidate cities (London and Doha) had confirmed their candidatures. [2] Barcelona, which investigated a bid, withdrew citing a lack of support from the local population and financial difficulties. [3]

On 6 September 2011, London unveiled its bid for the 2017 championships with the slogan "Ready to break records." This was London's fourth bid in less than 15 years to host the event. [7] [8] The London bid team said that if their bid was successful they would introduce the "Women in World Athletics" programme. [9]

The IAAF Evaluation Commission visited London on 2–4 October and Doha on 4–6 October. On 11 November 2011, the winner was officially announced as London. [10]

The championships were held in the London Stadium in Stratford, London, which hosted the athletics events and the opening and closing ceremonies of the 2012 Summer Olympics, and has a capacity of 60,000.

Six days before the events were due to begin, it was reported that more than 660,000 tickets had been sold, which was a record for the World Championships, surpassing the previous record of 417,156 tickets sold for Berlin 2009. [11]

The Women's 50 kilometres walk was held for the first time. [18]

* Indicates the athlete only competed in the preliminary heats and received medals.

* Indicates the athlete only competed in the preliminary heats and received medals.

^[1] IAAF does not include the six medals (1 gold and 5 silver) won by athletes competing as Authorised Neutral Athletes in their official medal table. [19]

In the IAAF placing table the total score is obtained from assigning eight points to the first place and so on to one point for the eight placed finalists. Points are shared in situations where a tie occurs. 65 IAAF members received points. [20]   *   Host nation

Below is the list of countries and other neutral groupings who participated in the championships and the requested number of athlete places for each.

Russia is currently indefinitely suspended from international competition due to a doping scandal, and will therefore not be present at the Championships. Nevertheless, 19 Russian athletes have been allowed to participate in international competition included as "authorised neutral athletes" at London 2017 following a long process to show that they were not directly implicated in Russia's state doping program. [21] These athletes include Mariya Lasitskene (high jump), Sergey Shubenkov (110 metres hurdles), Ilya Shkurenev (decathlon), Aleksandr Menkov (long jump) and Anzhelika Sidorova (pole vault) plus names from 2016 such as Darya Klishina (long jump) [22] [lower-alpha 1]

For the first time, an Athlete Refugee Team delegation was present at the competition, mirroring the efforts to include refugee athletes that had occurred at the athletics at the 2016 Summer Olympics. A total of five athletes – all of them Kenya-based refugees – were entered as part of the Athlete Refugee Team, including Somalian Ahmed Bashir Farah, Ethiopian Kadar Omar Abdullahi, and South Sudanese middle-distance runners Dominic Lokinyomo Lobalu, Rose Lokonyen and Anjelina Lohalith. [24] [25] [26]

An outbreak of norovirus occurred at a local hotel affecting 30 athletes and officials. [27]

An anti-doping programme was overseen at the championships for the first time by the Athletics Integrity Unit (AIU) – an independent anti-doping board within the IAAF. A total of 1513 samples were collected at the competition and were sent to Ghent for analysis by a World Anti-Doping Agency-accredited laboratory . The samples comprised 596 urine sample (212 of which were tested for erythropoietin) and 917 blood samples. The blood samples were divided into two forms – 725 were taken to feed into the long-term athlete biological passport initiative and 192 were taken specifically to identify use of human growth hormone and erythropoiesis stimulating agents. The in-competition anti-doping scheme was complemented by a more extensive out-of-competition testing programme, which was intelligence and performance-led and amounted to over 2000 blood tests and over 3000 urine samples. [28] [29] An anti-doping education initiative also took place, led by the AIU and the IAAF Athletes' Commission, including an Athletes' Integrity Pledge which was taken by around 2500 athletes. [30]

Two of Ukraine's foremost athletes, Olesya Povkh and Olha Zemlyak, were suspended for failed doping tests immediately before the championships in London. [31]

The initial findings of the in-competition tests were that three athletes tested positive for doping, none of whom were medalists. [32] The names of the athletes were not announced, allowing the athletes to contest the result and request a b-sample test.

World Athletics, is the international governing body for the sport of athletics, covering track and field, cross country running, road running, racewalking, mountain running, and ultra running. Included in its charge are the standardization of rules and regulations for the sports, recognition and management of world records, and the organisation and sanctioning of athletics competitions, including the World Athletics Championships. The organisation's president is Sebastian Coe of the United Kingdom, who was elected in 2015 and re-elected unopposed in 2019 for a further four years. 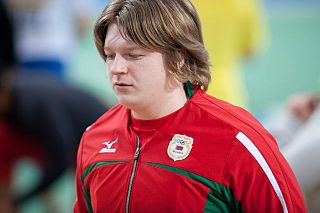 The 2010 IAAF World Indoor Championships in Athletics was held between 12 and 14 March at the Aspire Dome in Doha, Qatar. The championships was the first of six IAAF World Athletics Series events to take place in 2010.

An athlete biological passport is an individual electronic record for professional athletes, in which profiles of biological markers of doping and results of doping tests are collated over a period of time. Doping violations can be detected by noting variances from an athlete's established levels outside permissible limits, rather than testing for and identifying illegal substances. 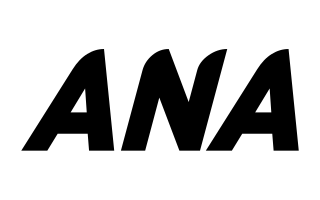 Authorised Neutral Athlete (ANA) is the category under which Russian athletes can compete at international competitions after the doping scandal which first came to light in December 2014.

Systematic doping in Russian sports has resulted in 47 Olympic and tens of world championships medals being stripped from Russian athletes—the most of any country, more than four times the number of the runner-up, and more than 30% of the global total. Russia also has the most athletes that have been caught doping at the Olympic Games, with more than 200.

As a signatory to the World Anti-Doping Code, the International Association of Athletics Federations (IAAF) prohibits the use of banned performance-enhancing substances by competitors at the World Championships in Athletics. A list of WADA-banned substances is regularly published to the public and amended as scientific knowledge expands. The IAAF and anti-doping bodies undertake in-competition sampling of athletes blood and urine in order to detect where athletes have taken banned substances. This is also complemented by out-of-competition tests during the tournament and in the preceding period.