Unified Power Format (UPF) is the popular name of the Institute of Electrical and Electronics Engineers (IEEE) standard for specifying power intent in power optimization of electronic design automation. The IEEE 1801-2009 release of the standard was based on a donation from the Accellera organization. The current release is IEEE 1801-2018.

A Unified Power Format technical committee was formed by the Accellera organization, chaired by Stephen Bailey of Mentor Graphics. As a reaction to the Power Forward Initiative the group was proposed in July 2006 and met on September 13, 2006. [1] It submitted its first draft in January 2007, and a version 1.0 was approved to be published on February 26, 2007. [2] Joe Daniels was technical editor. [3]

Files written to this standard annotate an electric design with the power and power control intent of that design. Elements of that annotation include:

The standard describes extensions to the Tool Command Language (Tcl): commands and arguments for annotating a design hierarchy which has been read into a tool. Semantics for inferring additional elements in the design from the intent are provided in the standard. Digital designers, IP Block providers, Physical Designers, and Verification engineers make use of this standard language to communicate their design intent and implementation with respect to the variable power of an electronic system.

The Design Automation Standards Committee (DASC) of the IEEE Standards Association sponsored working group 1801, with the project authorization approved on May 7, 2007. [4] [5] Goals included:

The IEEE group was initially called the "Low Power Study Group". Proposed standards have the letter "P" in front of them (such as P1801), which is removed and replaced with a dash and year when the standard is ratified. Accelera's UPF 1.0 was donated to the IEEE as a basis of this standard in June 2006. [6]

After reviewing 14 drafts, on March 27, 2009, the "Standard for Design and Verification of Low Power Integrated Circuits" was published as IEEE Std 1801-2009. [7] It is sometimes called UPF 2.0. Bailey was also chairman of the IEEE group. [8] Another notable supporter of the standard was Synopsys. [9] A follow-on project planned to develop a list of frequently asked questions (FAQ) about the specification. [5] 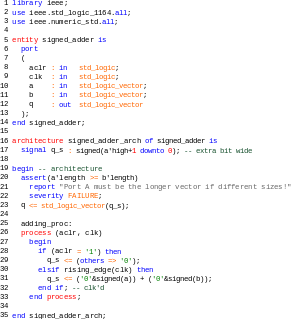 Standard Delay Format (SDF) is an IEEE standard for the representation and interpretation of timing data for use at any stage of an electronic design process. It finds wide applicability in design flows, and forms an efficient bridge between dynamic timing verification and static timing analysis.

Property Specification Language (PSL) is a temporal logic extending linear temporal logic with a range of operators for both ease of expression and enhancement of expressive power. PSL makes an extensive use of regular expressions and syntactic sugaring. It is widely used in the hardware design and verification industry, where formal verification tools and/or logic simulation tools are used to prove or refute that a given PSL formula holds on a given design.

Accellera Systems Initiative (Accellera) is a standards organization that supports a mix of user and vendor standards and open interfaces development in the area of electronic design automation (EDA) and integrated circuit (IC) design and manufacturing. It is less constrained than the Institute of Electrical and Electronics Engineers (IEEE) and is therefore the starting place for many standards. Once mature and adopted by the broader community, the standards are usually transferred to the IEEE.

SystemC is a set of C++ classes and macros which provide an event-driven simulation interface. These facilities enable a designer to simulate concurrent processes, each described using plain C++ syntax. SystemC processes can communicate in a simulated real-time environment, using signals of all the datatypes offered by C++, some additional ones offered by the SystemC library, as well as user defined. In certain respects, SystemC deliberately mimics the hardware description languages VHDL and Verilog, but is more aptly described as a system-level modeling language.

IEEE 802.1Q, often referred to as Dot1q, is the networking standard that supports virtual LANs (VLANs) on an IEEE 802.3 Ethernet network. The standard defines a system of VLAN tagging for Ethernet frames and the accompanying procedures to be used by bridges and switches in handling such frames. The standard also contains provisions for a quality-of-service prioritization scheme commonly known as IEEE 802.1p and defines the Generic Attribute Registration Protocol.

A test plan is a document detailing the objectives, resources, and processes for a specific test for a software or hardware product. The plan typically contains a detailed understanding of the eventual workflow.

IEEE P1363 is an Institute of Electrical and Electronics Engineers (IEEE) standardization project for public-key cryptography. It includes specifications for:

Standard Parasitic Exchange Format (SPEF) is an IEEE standard for representing parasitic data of wires in a chip in ASCII format. Non-ideal wires have parasitic resistance and capacitance that are captured by SPEF. These wires also have inductance that is not included in SPEF. SPEF is used for delay calculation and ensuring signal integrity of a chip which eventually determines its speed of operation.

SystemVerilog, standardized as IEEE 1800, is a hardware description and hardware verification language used to model, design, simulate, test and implement electronic systems. SystemVerilog is based on Verilog and some extensions, and since 2008 Verilog is now part of the same IEEE standard. It is commonly used in the semiconductor and electronic design industry as an evolution of Verilog.

The Si2 Common Power Format, or CPF is a file format for specifying power-saving techniques early in the design process. In the design of integrated circuits, saving power is a primary goal, and designers are forced to use sophisticated techniques such as clock gating, multi-voltage logic, and turning off the power entirely to inactive blocks. These techniques require a consistent implementation in the design steps of logic design, implementation, and verification. For example, if multiple different power supplies are used, then logic synthesis must insert level shifters, place and route must deal with them correctly, and other tools such as static timing analysis and formal verification must understand these components. As power became an increasingly pressing concern, each tool independently added the features needed. Although this made it possible to build low power flows, it was difficult and error prone since the same information needed to be specified several times, in several formats, to many different tools. CPF was created as a common format that many tools can use to specify power-specific data, so that power intent only need be entered once and can be used consistently by all tools. The aim of CPF is to support an automated, power-aware design infrastructure.

IP-XACT is an XML format that defines and describes individual, re-usable electronic circuit designs to facilitate their use in creating integrated circuits. IP-XACT was created by the SPIRIT Consortium as a standard to enable automated configuration and integration through tools.

High-level synthesis (HLS), sometimes referred to as C synthesis, electronic system-level (ESL) synthesis, algorithmic synthesis, or behavioral synthesis, is an automated design process that interprets an algorithmic description of a desired behavior and creates digital hardware that implements that behavior.