Gianni Morbidelli (born 13 January 1968 [1] ) is an Italian racing driver. He participated in 70 Formula One Grands Prix, debuting on 11 March 1990. He achieved one podium, and scored a total of 8.5 championship points. He currently competes in the TCR International Series.

Morbidelli was born in Pesaro. His father, Giancarlo Morbidelli, was the founder of the Morbidelli motorcycle company which had some success in Grand Prix motorcycle racing. Morbidelli started karting in 1980. He won the EUR-AM championship in 1986, before moving to Italian Formula Three. [2] He became Italian Formula 3 and Formula 3 European Cup champion in 1989, as well as winning two races in Italian Touring Cars. [3] He then moved to the Scuderia Italia Formula One team, doing the first 2 races of the 1990 F1 season as stand-in for Emanuele Pirro, before concentrating on Formula 3000. He won 1 race and finished 5th in the 1990 championship, as well as undertaking test driver duties for Scuderia Ferrari for that year. [4]

Resuming his F1 career at the end of the 1990 season, Morbidelli competed in the final two races of the season with Minardi, where he remained until the end of 1992. [2] He briefly joined Ferrari for the 1991 Australian Grand Prix, drafted in after Alain Prost was fired by the team, where Morbidelli earned his first Formula One points, earning half a point for 6th after a rain-shortened race. A lack of sponsorship led to him leaving Minardi to rejoin Italian Touring Cars for 1993, where he drove an Alfa Romeo 155 to two wins for Alfa Corse, before being hired by Footwork Arrows for 1994. [3] He managed four-point-scoring positions in two years with the team, including his only podium place finish in the 1995 Australian Grand Prix, earning third place in a race of high attrition. Morbidelli became Footwork Arrows' most successful driver, with a total of eight points for the team.

Morbidelli also competed in the Italian Superturismo Championship for 1995, scoring two race wins, and, after spending a year out in 1996 testing for Jordan, gained another podium that year. [2] Back in Formula One for 1997, he raced in several mid-season events for Sauber as a replacement for Nicola Larini. [3] He scored no points and was not classified in the championship for that year. His unsuccessful season, and two injuries by separate testing accidents, led to Morbidelli retiring from Formula One racing. [2]

In 1998 he drove for Volvo in the British Touring Car Championship, but was not as competitive as his teammate Rickard Rydell, who won that year's title. His only competitive showing was in the summer meeting at Thruxton, where he charged from near the back of the back to finish fourth, passing many cars in the process. Morbidelli then spent several years in various European touring car series', with a high point in the 2001 European Touring Car Championship, where he raced the BMW 320i to fifth place in the championship, winning the last race at Estoril. [5] Morbidelli raced in the Italian round of the 2004 season in a SEAT Toledo, but scored no points and did not contest in further meetings.

Morbidelli drove a Lamborghini in several grand tourer races in 2005, and moved back to touring cars for 2006. Competing in the World Touring Car Championship for N-Technology, he managed two second places in an Alfa Romeo 156. [6] Not as competitive as when he was driving the BMW, he moved back to GT racing for 2007, winning two races in the ADAC GT Masters series. He has had considerable success in the Italian Superstars Championship, where Morbidelli won the title with both Audi RS4 and BMW M3 three years in a row from 2007. [2] The short-lived Speedcar Series gave him another championship title, where he won the 2008–09 championship. The season featured a close fight with defending champion Johnny Herbert, with Morbidelli finishing one place ahead in the final round to win the title. [7]

He is making his WTCC return in 2014, driving a Chevrolet Cruze for Münnich Motorsport. He made his debut in the FIA World Rallycross Championship with the same team at his home round in 2015.

† Not eligible for points.

† Driver did not finish the race, but was classified as he completed over 75% of the race distance.

Andrew Graham Priaulx, MBE is a British professional racing driver from Guernsey. In 2019 he raced for Ford Chip Ganassi Team UK in the FIA World Endurance Championship, and Cyan Racing Lynk & Co in the FIA World Touring Car Cup, having been a former BMW factory driver. 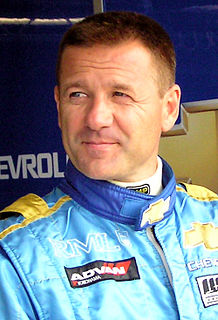 Nicola Larini is an Italian racing driver. He participated in 75 Formula One Grands Prix, debuting on 6 September 1987. He finished second in the tragic 1994 San Marino Grand Prix on a substitute outing for Ferrari, but only scored points once more in his career. He enjoyed greater success in touring car racing, primarily for Alfa Romeo.

Emanuele Naspetti is a racing driver and entrepreneur from Italy. 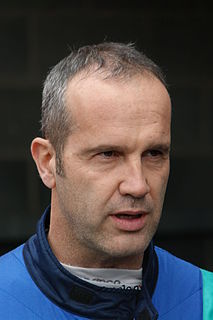 Fabrizio Giovanardi is an Italian racing driver. During his career he has won ten touring car titles, including European and British crowns making him the most successful touring car driver worldwide. He has spent the majority of his career racing for Alfa Romeo and Vauxhall.

Tom Romeo Coronel is a Dutch professional racing driver. Tom's twin brother Tim is also a racer, just like their father Tom Coronel Sr. Tom was never good enough to make the top teir Formula 1, with his most important results are winning the Marlboro Masters of Formula 3 race in 1997, the Formula Nippon championship in 1999, and the 2006 and 2009 World Touring Car Championship Independents' Trophy. As of September 2016, Tom Coronel has driven over 1,000 races.

Luca Rangoni is an Italian auto racing driver. He is a married man with one son. 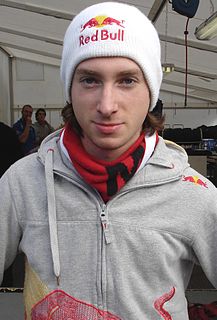 Mirko Bortolotti is an Italian racing driver from Trento. He has won the Italian Formula 3 Championship in 2008, the FIA Formula 2 Championship in 2011, the Eurocup Megane Trophy in 2013 and the Blancpain GT Series Endurance and Overall Championship in 2017. For the 2021 season, he will compete as a factory driver for Lamborghini. 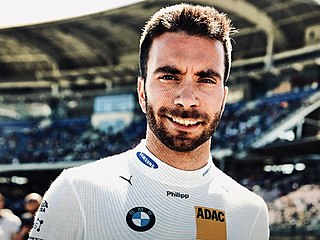 Gianni Giudici is an Italian racing driver from Abbiategrasso, in the Province of Milan. 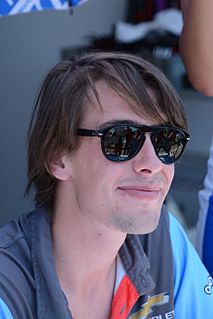