A referendum on the hours for the sale of liquor in hotel bars was held in New Zealand on 9 March 1949. Voters were asked whether they favoured continuing the closing of hotel bars at 6 pm or extending the closing time to 10 pm. The change was rejected by 75.5% of voters.

This referendum voted to continue six o'clock closing of hotel bars, which had been introduced in 1917, and the six o'clock swill. The Sale of Liquor referendum, 1967 approved the extension of hotel hours.

The referendum was held in conjunction with the 1949 New Zealand gambling referendum. 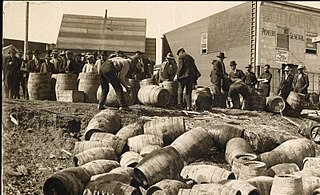 In a bar, a last call is an announcement made shortly before the bar closes for the night, informing patrons of their last chance to buy alcoholic beverages. There are various means to make the signal, like ringing a bell, flashing the lights, or announcing verbally.

The six o'clock swill was an Australian and New Zealand slang term for the last-minute rush to buy drinks at a hotel bar before it closed. During a significant part of the 20th century, most Australian and New Zealand hotels shut their public bars at 6 pm. A culture of heavy drinking developed during the time between finishing work at 5 pm and the mandatory closing time only an hour later.

Under New Zealand law, a licensing trust is a community-owned company with a government-authorised monopoly on the development of premises licensed for the sale of alcoholic beverages and associated accommodation in an area. This applies to both on-licence and off-licence sales. 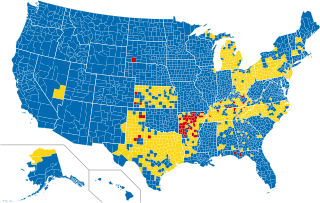 Canadian liquor plebiscites, held in 1920 under the Canada Temperance Act and the Dominion Elections Act, were referendums on the strengthening of the Prohibition measures in effect in several provinces of Canada. Voters were asked if they supported banning of importation of liquor across provincial boundaries. The referendums were held on July 10, 1920, in New Brunswick; on October 20 in British Columbia; and on October 25 in Alberta, Manitoba, Nova Scotia, and Saskatchewan. 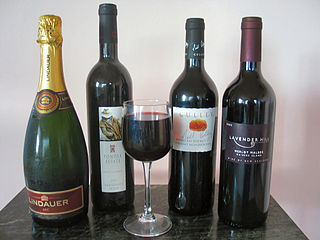 Alcohol has been consumed in New Zealand since the arrival of Europeans. The most popular alcoholic beverage is beer. The legal age to purchase alcohol is 18.

A referendum on the hours for the sale of liquor in hotel bars was held in New Zealand on 23 September 1967. Voters were asked whether they favoured continuing the closing of hotel bars at 6 pm or later closing, the actual hours of sale to be decided according to local conditions. The change was favoured by 64.5% of voters. 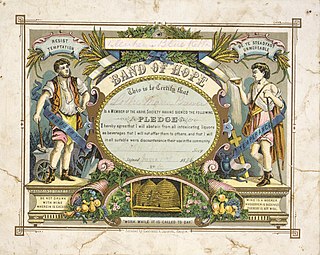 A two-part plebiscite was held in British Columbia on 12 June 1952, alongside provincial elections. Voters were asked whether they approved of continuing with daylight saving time and allowing liquor and wine to be sold in licensed premises. Both proposals were approved.

A referendum concerning the closing hour for licensed premises and registered clubs was put to voters on 10 June 1916. The referendum was conducted on the basis of optional preferential voting. Preferences were not counted as a majority voted for 6:00 pm closing time.

A referendum concerning the closing hour for licensed premises and registered clubs was put to voters on 15 February 1947. The referendum was conducted on the basis of optional preferential voting. Preferences were not counted as a majority voted to maintain the 6:00 pm closing time.

A referendum concerning the closing hour for licensed premises and registered clubs was put to voters in New South Wales on 15 February 1954.

A referendum concerning introducing prohibition in New South Wales was put to voters on 1 September 1928.

A referendum concerning whether hotels should be allowed to trade on Sundays was put to voters in New South Wales on 29 November 1969 but was unsuccessful.