The design of the proposed savings scheme and the referendum were a result of the coalition agreement between the National Party and New Zealand First following the 1996 general election. The referendum was set up by the Compulsory Retirement Savings Scheme Referendum Act 1997. [2]

The Tauranga by-election was a by-election in the New Zealand electorate of Tauranga, a city in New Zealand's North Island. It took place on 17 April 1993, and was precipitated by the resignation from parliament of sitting MP Winston Peters. Peters, who had been increasingly at odds with his National Party colleagues, had resigned both from his party and from Parliament. He contested the seat as an independent.

The Aotearoa New Zealand Equal Values Party was a small political party in New Zealand. It claimed that the "basic requirements for life" were not being met by either of the two main parties in New Zealand politics, and that a new vision was needed for the country.

In Australia, superannuation, or just super, is the term for retirement pension benefit funds. Employers make compulsory contributions into these funds on behalf of their employees.

The KiwiSaver scheme, a New Zealand savings scheme, came into operation from Monday, 2 July 2007. Participants can normally access their KiwiSaver funds only after the age of 65, but can withdraw them in certain limited circumstances, for example if undergoing significant financial hardship or to use a deposit for a first home.

Social welfare has long been an important part of New Zealand society and a significant political issue. It is concerned with the provision by the state of benefits and services. Together with fiscal welfare and occupational welfare, it makes up the social policy of New Zealand. Social welfare is mostly funded through general taxation. Since the 1980s welfare has been provided on the basis of need; the exception is universal superannuation. 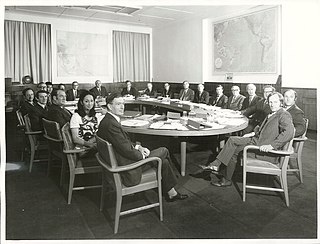 The Third Labour Government of New Zealand was the government of New Zealand from 1972 to 1975. During its time in office, it carried out a wide range of reforms in areas such as overseas trade, farming, public works, energy generation, local government, health, the arts, sport and recreation, regional development, environmental protection, education, housing, and social welfare. Māori also benefited from revisions to the laws relating to land, together with a significant increase in a Māori and Island Affairs building programme. In addition, the government encouraged biculturalism and a sense of New Zealand identity. However, the government damaged relations between Pākehā and Pasifika New Zealanders by instituting the Dawn Raids on alleged overstayers from the Pacific Islands; the raids have been described as "the most blatantly racist attack on Pacific peoples by the New Zealand government in New Zealand’s history". The government lasted for one term before being defeated a year after the death of its popular leader, Norman Kirk.

A Personal Retirement Savings Account (PRSA) is a type of savings account introduced to the Irish market in 2003. In an attempt to increase pension coverage, the Pensions Board introduced a retirement savings account, that would entice the lower paid and self-employed to start making some pension provision. The intention was for PRSAs to supplement any State Retirement Benefits that would be payable in years to come.

James Thomas Walker was an Australian banker and politician. He served as a Senator for New South Wales from 1901 to 1913.

The "Dancing Cossacks" television advertisement was a 1975 electoral advertisement for the New Zealand National Party, produced by advertising agency Colenso. The first half of the advertisement was animated by Hanna-Barbera, with the second half featuring National Party leader Robert Muldoon. The advert was produced to be highly critical of the governing New Zealand Labour Party's recently introduced compulsory superannuation scheme, implying the scheme would eventually turn New Zealand into a Soviet-style communist state, and urged people to vote for National in the upcoming general election.

Eleven national referendums were held in Switzerland during 2013. Voters approved six proposals related to spatial planning, executive pay, family policy, amendments to the laws on asylum and epidemics and an increase in the length of petrol station shop opening hours. The other five proposals on directly electing the Federal Council, abolishing compulsory military service, limiting salaries in a company to 12 times the lowest paid worker, tax credits for stay-at-home parents and an increase in road tax were rejected.