The referendum was backed by several prominent New Zealanders, including Dame Anne Salmond, who called it the "only just way" to determine whether asset sales are acceptable. [4]

John Key said that the Government intended to ignore the results of the referendum, as the 2011 general election gave them a mandate for the sell-off. [6]

The referendum result showed a two to one majority against the proposed asset sales.

The question asked was:

"Do you support the Government selling up to 49% of Meridian Energy, Mighty River Power, Genesis Power, Solid Energy and Air New Zealand?"

The National government was re-elected at the 2011 election on a platform of "Mixed Ownership Model" for the five state-owned companies Meridian Energy, Mighty River Power, Genesis Energy, Solid Energy and Air New Zealand, where a minority stake in the companies would be sold off. This policy was opposed by the opposition. A coalition of groups including the Green Party, Grey Power, Council of Trade Unions (CTU), Labour Party, New Zealand Union of Students' Associations (NZUSA), Greenpeace and others started a petition against it in April 2012. [7] The New Zealand Herald argued in an editorial that the Green Party used parliamentary funding to pay people to collect signatures, which while legal broke a long-standing convention about citizen initiated referendums. [8]

Holding a referendum separate from an election process is estimated to cost $9 million. [3] Defending this cost, Russel Norman, Greens co-leader, noted that this cost paled in comparison to the (to September 2013) $100 million cost of the asset sales program itself. [3]

The referendum took place by postal ballot, opening on 22 November 2013 and closing on 13 December 2013. 45 cent of eligible voters took part. Of those, approximately two-thirds voted against asset sales.

Despite the result of this referendum being not in favour of partial asset sales, Prime Minister John Key announced these partial asset sales would continue. He said: "Three in four New Zealanders said no we don't agree with Labour and the Greens. I think it will be a dismal failure from their point of view." [12] He had also gone on to call the referendum "an utter waste of money" as he had no intention of honouring its results, claiming the Government had been re-elected at the 2011 general election partially on the basis of the pending shares sell-off. [6] 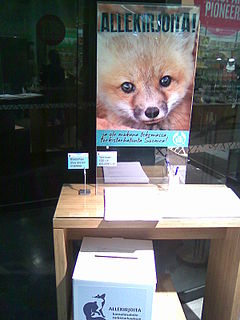 New Zealand First, commonly abbreviated to NZ First, is a nationalist and populist political party in New Zealand. The party formed in July 1993 following the resignation on 19 March 1993 of its leader and founder, Winston Peters, from the then-governing National Party. Peters had been the sitting Member of Parliament for Tauranga since 1984 and would use the electorate as the base for New Zealand First until consecutive defeats by National Party candidates in 2005 and 2008. His party has formed coalition governments with both major political parties in New Zealand: first with the National Party from 1996 to 1998 and then with the Labour Party from 2005 to 2008 and from 2017 to 2020. Peters has served on two occasions as deputy prime minister. 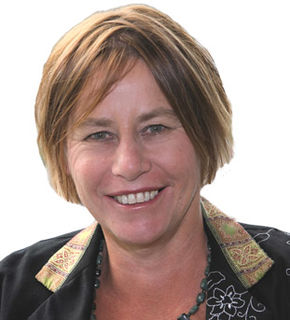 Russel William Norman is a New Zealand politician and environmentalist. He was a Member of Parliament and co-leader of the Green Party. Norman resigned as an MP in October 2015 to work as Executive Director of Greenpeace Aotearoa New Zealand.

Change the NZ Flag was a group campaigning for New Zealanders to change the national flag of New Zealand. The group described itself as "an independent, non-political, design-neutral society that is committed to building support for, and involvement with, the flag change process."

Family First New Zealand is a conservative Christian lobby group in New Zealand. It was founded in March 2006 by former Radio Rhema talkback radio host and South Auckland social-worker Bob McCoskrie who continues to be its National Director. Its 2006 stated objectives were to "seek to influence public policy affecting the rights and protection of families and promote a culture that values the family". In 2009 Victoria University religious studies professor Paul Morris said Family First was "successfully broadening the Christian agenda in New Zealand politics in a way never seen before". In 2020 Family First was described as "New Zealand's most formidable conservative campaigners". Family First was established by a trust deed under the Charitable Trusts Act 1957 in 2006, was registered as a charity in 2007 and deregistered in 2022.

The New Zealand flag debate is a periodic question over whether the national flag should be changed. For several decades, alternative designs have been proposed, with varying degrees of support. There is no consensus among proponents of changing the flag as to which design should replace the current one. Common criticisms of the existing form of the New Zealand flag are its similarity to the Australian flag and the inappropriateness of retaining the Union Jack in the design. A series of polls conducted since the 1970s have shown that a majority of New Zealanders prefer the current flag. 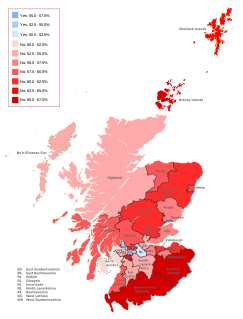 A referendum on Scottish independence from the United Kingdom was held in Scotland on 18 September 2014. The referendum question was, "Should Scotland be an independent country?", which voters answered with "Yes" or "No". The "No" side won with 2,001,926 (55.3%) voting against independence and 1,617,989 (44.7%) voting in favour. The turnout of 84.6% was the highest recorded for an election or referendum in the United Kingdom since the January 1910 general election, which was held before the introduction of universal suffrage.

The 2013 New Zealand local elections were triennial elections to elect local government officials and District Health Board members, and the membership of other local bodies such as Licensing Trusts. All elections were conducted by postal ballot, with election day being Saturday 12 October 2013.

Opinion polling for the 2014 New Zealand general election has been commissioned throughout the duration of the 50th New Zealand Parliament by various organisations. The five main polling organisations are Fairfax Media, MediaWorks New Zealand, The New Zealand Herald, Roy Morgan Research, and Television New Zealand. The sample size, margin of error and confidence interval of each poll varies by organisation and date. 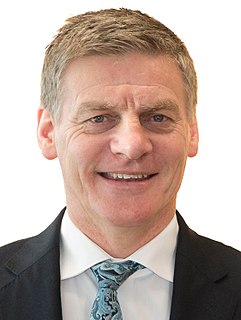 The Red Peak flag is a proposed New Zealand flag that appeared as one of five options for voters to consider in the 2015–16 flag referendums. Designed by Aaron Dustin in 2015, Red Peak appeared on the government's official longlist of 40 alternative flag designs before failing a final culling of the field on 1 September 2015 to four options. After public disappointment with the official four-flag shortlist, a social media campaign was launched on 2 September that revived the flag's prospects and captured the attention of leading parliamentary figures both in government and opposition. On 23 September, Prime Minister John Key announced the government had agreed to support Green Party legislation that would add Red Peak to the referendum ballot as a fifth option. 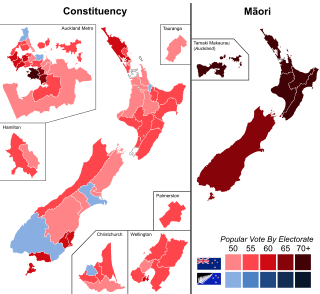 Two New Zealand flag referendums were held by the New Zealand Government in November/December 2015 and March 2016 to determine the nation's flag. The voting resulted in the retention of the current flag of New Zealand.

Hobson's Pledge is a right-wing lobby group in New Zealand that was formed in late September 2016 to oppose equitable measures for Māori people. It is led by conservative politician Don Brash. The group aims to nullify the partnership between the Crown and Māori, remove the Māori electorates, abolish the Waitangi Tribunal, restrict tribal powers and “remove all references in law and in Government policy to Treaty ‘partnership’ and ‘principles’”. It is named after William Hobson, the first Governor-General of New Zealand and co-author of the Treaty of Waitangi. Hobson’s quote on the day of the first signing of the Treaty, “he iwi tahi tātou”, has been used by the group to market their beliefs, with the common translation of the phrase: “we are now one people”.