Ashbrooke is a residential area of Sunderland, North East England directly south and south-west of the city centre.

Ashbrooke developed through the Victorian era as Sunderland's first suburb. Originally occupied by large middle-class families, including much of Wearside's Jewish population, a fair number of the larger residences have been reorganised into dwellings of multiple occupancy, home to the local University of Sunderland's students and young professionals.

The area lies within walking distance of Park Lane and University stations on the Tyne and Wear Metro system.

Local punk band The Toy Dolls wrote a song about Ashbrooke Launderette on their 1987 album Bare Faced Cheek. Various members of the band still either live or work in Ashbrooke.

Ashbrooke Sports Ground, opened May 30, 1887, for cricket and rugby, is home to many amateur sports associations such as bowls, cricket, tennis, hockey, squash and rugby union. A Tennis tournament before Wimbledon was used as a warm up for players such as Jimmy Connors and Martina Navratilova.

While a minor county, Durham County Cricket Club played games at Ashbrooke, including fixtures against touring international sides. The 1926 Australians attracted a crowd reputed to be over 20,000 for their two-day game in 1926, and the ground also hosted a match between Durham and the West Indians in 1950, notable for Kenneth Trestrail scoring a century in each innings. In 1990, Indian cricketer Sachin Tendulkar made his first appearance in England at Ashbrooke Sports Ground against a League Conference Cricket Conference XI. [2]

Eden Park is New Zealand's largest sports stadium. Located in central Auckland, New Zealand's largest city, it is three kilometres southwest of the CBD, on the boundary between the suburbs of Mount Eden and Kingsland. Although used primarily for rugby union in winter and cricket in summer, it has hosted rugby league and association football matches. In 2011 it hosted pool games, two quarter-finals, both semi-finals and the final of 2011 Rugby World Cup. In doing so it became the first stadium in the world to host two Rugby World Cup Finals, having held the inaugural final in 1987. It was a venue for the 2015 Cricket World Cup, which was jointly hosted by Australia and New Zealand. 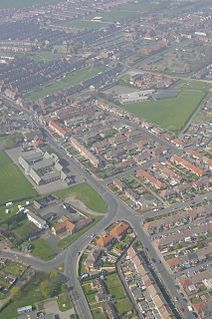 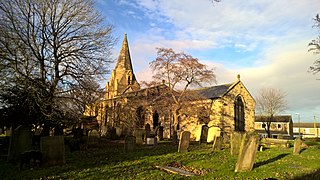 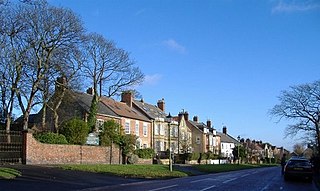 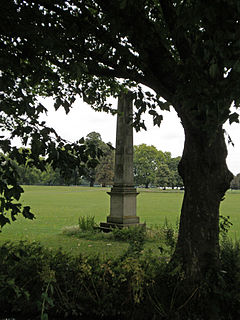 Old Deer Park is an area of open space within Richmond, owned by the Crown Estate, in the London Borough of Richmond upon Thames, England. It covers 147 hectares of which 90.4 hectares are leased as sports grounds for sports, particularly rugby and golf. Despite the name, there are now no deer in the park.

Alan James Burridge is an English former sportsman and administrator. He had an extensive Minor Counties cricket career through the 1960s and 1970s. He was secretary of Middlesex County Cricket Club from 1980 to 1981. 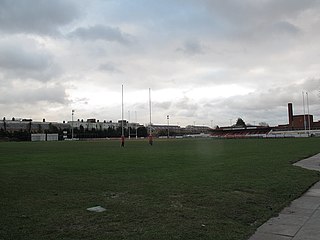 Rectory Field is a sports ground in Blackheath in the Royal Borough of Greenwich in south-east London. It was developed in the 1880s by Blackheath Cricket, Football and Lawn Tennis Company and became the home ground of rugby union team Blackheath F.C. between 1883 and 2016. The ground has hosted international rugby matches and at one time, along with the Richmond Athletic Ground, it was the unofficial home of the England national rugby union team before the development of Twickenham Stadium. The ground was also used for first-class and List A cricket by Kent County Cricket Club between 1887 and 1972. 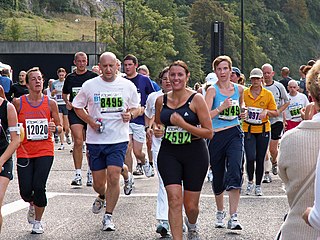 Bristol has a number of notable professional sports teams and a large number of active amateur sports clubs. There are also large numbers of participants in individual sports. The city has two Football League clubs, Bristol City F.C. who play in the second tier and Bristol Rovers F.C. who play in the fourth tier. Gloucestershire County Cricket Club has its headquarters in the city. Bristol Bears are currently in Premiership Rugby.

The Bat & Ball Ground is a cricket and sports ground in Gravesend in Kent. The ground was used as a first-class cricket venue by Kent County Cricket Club between 1849 and 1971. It remains in use by Gravesend Cricket Club who have used the ground as their home since their formation in 1881. The site also has lawn bowls and tennis facilities and is the home of Gravesend Bowls Club.