Rickleton is an area of Washington, Tyne and Wear, England. It is located on the south side of Washington Town and borders Harraton village, Birtley and County Durham. The village centre includes a Londis supermarket, a general store, a hairdressing salon, a Fish and Chip takeaway and a bus link, which has buses linking to other areas of Washington and County Durham. [1] A family pub, The Woodlands, [2] Washington Cricket club, two doctors surgeries and a chemists can also be found here. There is also a large field with a small children's playing area located just of the bus route through Rickleton.

Vigo Lane is the main road and runs through Rickleton and into Harraton.

The Sea to Sea Cycle Route runs through the village, on the site of a disused railway.

Rickleton Primary School is located in the village centre.

The village has roads forming a loop around the village, these roads are called Rickleton Way, Bonemill lane and Picktree Lane. The village has a bus service operated by Go North East. 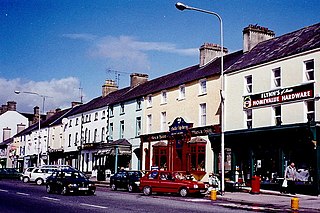 Moate is a town in County Westmeath, Ireland. 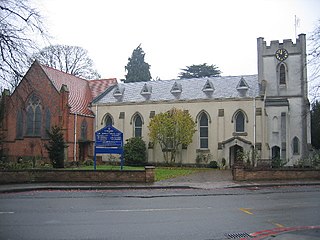 Shirley is a suburban town and district of the Metropolitan Borough of Solihull, in the county of West Midlands, England. Historically part of Warwickshire, it is a residential and shopping neighbourhood, and a suburb/sub-town of Solihull. Neighbouring districts include Shirley Heath, Sharmans Cross, Solihull Lodge, Monkspath, Cranmore and the Hall Green district of Birmingham. 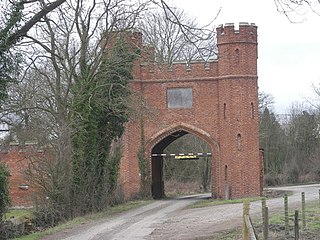 Whitwell is a small village located on the south of the Isle of Wight, approximately 5 kilometres north-west of Ventnor, the village's nearest town. At the 2011 Census the appropriate civil parish was Niton and Whitwell. In addition to this, it is about five minutes away from its neighbouring small villages of Godshill and Niton, the latter of which, Whitwell forms a civil parish. According to 2001 census data, the total population of the village was 578. There is a variety of stone and thatched housing, as well as some more modern housing, the most recent of which was completed in 2006.

Stillington is a village in County Durham, England, northwest of Stockton-on-Tees.

Manorcunningham, or Manor is a small village and townland in County Donegal, Ireland. It is located 7 kilometers from Letterkenny on the main road to Derry. It is known locally and throughout Donegal as just Manor.

Wellingtonbridge, also spelled Wellington Bridge, is a village in south County Wexford, Ireland. It lies some 24 km west of Wexford and 28 km east of Waterford, at the intersection of the R733 and R736 regional roads. It was historically called Ballyowen after the townland it occupies. 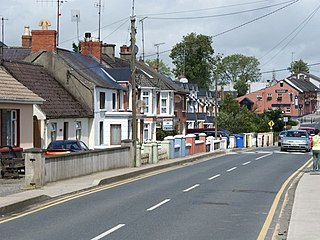 Riverchapel, County Wexford, Ireland, lies just south of Courtown on the R742 regional road and has been a summer holiday resort for Dublin people at least since tourists started to arrive in 1863, when the railway line from Dublin reached nearby Gorey. The population of the area has also grown significantly since the mid-2000s. Riverchapel is 1 km inland from the Irish Sea coast and has merged into the adjoining village of Courtown. 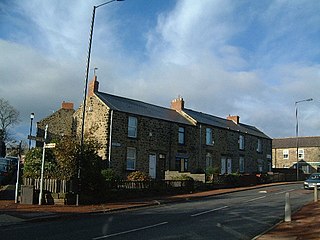 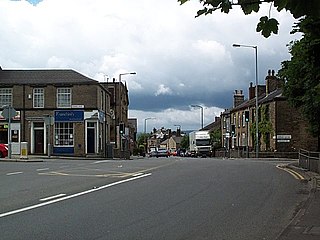 Thackley is a small suburb near Bradford, West Yorkshire in England. The village is loosely bordered by the village of Idle to the south, to the west by the West Royd area of Shipley and elsewhere by the Leeds and Liverpool Canal. Thackley is the northernmost part of Bradford south of the River Aire. 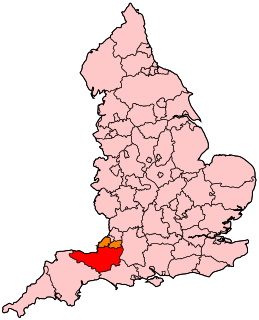 The earliest known infrastructure for transport in Somerset is a series of wooden trackways laid across the Somerset Levels, an area of low-lying marshy ground. To the west of this district lies the Bristol Channel, while the other boundaries of the county of Somerset are along chains of hills that were once exploited for their mineral deposits. These natural features have all influenced the evolution of the transport network. Roads and railways either followed the hills, or needed causeways to cross the Levels. Harbours were developed, rivers improved, and linked to sources of traffic by canals. Railways were constructed throughout the area, influenced by the needs of the city of Bristol, which lies just to the north of Somerset, and to link the ports of the far south-west with the rest of England.

Woolton Hill is a village in Hampshire, England, within the civil parish of East Woodhay. The village is situated approximately 10 kilometres south-west of Newbury and encompasses the smaller hamlet of Broad Layings within its Northern borders. It has a church, church (village) hall, sports club, youth football club, post office, nursery, infants and junior schools and a pub.

Concord is an area of Washington, a town in Tyne and Wear, England. Historically, Concord was part of County Durham, joining the county of Tyne and Wear in 1974, following its creation.

Kilrane is a village located in County Wexford, Ireland.