In the 12th century Heaton became part of the Barony of Ellingham granted by Henry I to Nicholas de Grenville. King John stayed in the castle at Heaton (the remains of which can still be seen in Heaton Park) on a number of occasions[ citation needed ]. In the 17th century the Heaton estate was purchased by Henry Babington who was knighted at Heaton Hall by James I on 1 May 1617. [1]

By the 18th century, Heaton was a coal mining area [2] with many of its collieries owned by Matthew White and Richard Ridley. The Heaton estate was broken up in 1835 when the area became officially incorporated into Newcastle upon Tyne. Much of the land in Heaton in 1841 was owned by Armorer Donkin, who on his death in 1851 bequeathed the land to his business partner, the industrialist Sir William Armstrong. [3]

In 1879, the corporation acquired part of the Heaton Hall estate, which was then laid out as Heaton Park, and Sir William Armstrong donated Armstrong Park and Jesmond Dene to the city. [2] The three parks run into each other to form a green corridor through east Newcastle.

Heaton was divided into two electoral wards, North Heaton and South Heaton, each of which was represented by three councillors. However, boundary changes to all wards in Newcastle upon Tyne were implemented at the city council elections in May 2018, with the majority of Heaton falling in the Heaton ward. A small part of Heaton close to Shields Road is in the Ouseburn ward, with neighbouring High Heaton included in the Manor Park ward. [4]

Heaton is a mixed working class and middle class area. In recent years it has become a popular residence for many students attending the city's two universities, Newcastle University and Northumbria University. Rent and student letting is generally lower in price than in the neighbouring student areas of Jesmond and Sandyford.

During the 19th century, the building of the railways saw a line pass through Heaton, now the East Coast Main Line. Heaton also has a major rail depot. Heaton became the location of Sir Charles Parsons engineering works producing turbines which was founded in 1889. [5]

Third Avenue was the birthplace of the Ringtons Tea business. [6]

The main commercial street in Heaton is Chillingham Road which benefits from local amenities including two small supermarkets, a number of small shops and newsagents, hairdressers, takeaways, cafes, restaurants and public houses, aswell as some local businesses on the side streets of Chillingham Road, such as Vincenzo's Heaton [7]

In the Cochrane Park area of Heaton there is a famous landmark building, The Wills Building, which was built in 1946-50 as a cigarette factory [8] and was redeveloped in 1999 as luxury apartments.

Heaton was originally served by Heaton railway station, which was on the main line from Newcastle to Edinburgh Waverley and also on the direct line from Newcastle to the coast. That station was closed on 11 August 1980, when the Tyne & Wear Metro system opened. [9] Heaton is now served by Chillingham Road Metro station, but Byker Metro station is closer for some living in South Heaton. Heaton is also served by a variety of bus routes, including routes 1, 62 and 63, which link Heaton to Newcastle city centre and areas in the west of Newcastle.

Heaton was home to Newcastle United under their previous name, Newcastle East End F.C., between 1886 and 1892. East End played at the Heaton Junction Ground on Chillingham Road before moving to St James' Park. [2] 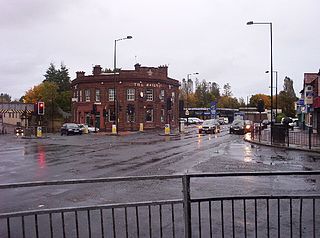 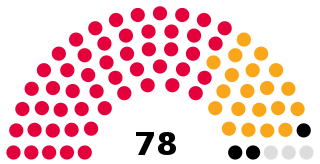 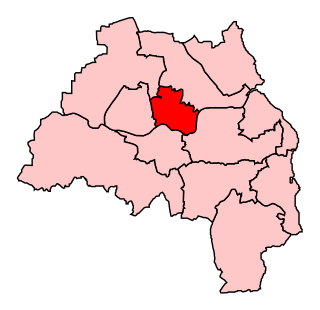 Sandyford is a district of Newcastle upon Tyne, located in the east of the city. It borders Jesmond, Central Newcastle, Shieldfield and Heaton. 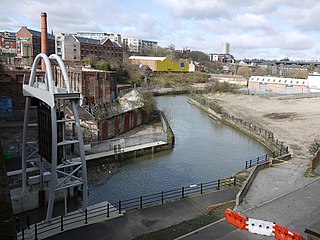 Manors is a Tyne and Wear Metro station, serving the suburb of Shieldfield, Newcastle upon Tyne in Tyne and Wear. It joined the network on 14 November 1982, following the opening of the fourth phase of the network, between Tynemouth and St James via Wallsend. 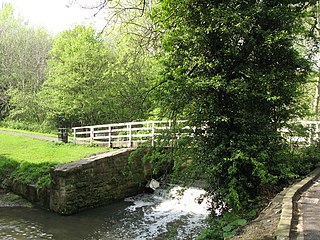 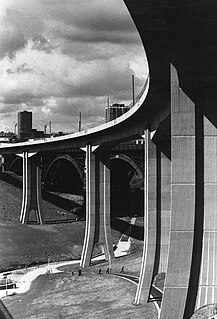 The Byker Viaduct is an 2,674 ft (815 m) curved 'S' shaped light railway bridge, which carries the Tyne and Wear Metro over the River Ouseburn in Newcastle upon Tyne. It carries the line from Manors Metro station in the city centre to the west, to Byker Metro station in the area of Byker to the east, over the lower Ouseburn valley, with the river emptying into the north side of the River Tyne, to the south.