Cochrane Park, located at Newcastle upon Tyne, England, is the principal competitive venue for football, rugby and cricket at Newcastle University. [1] It has three county standard football pitches, three county standard rugby pitches, a cricket square, a lacrosse pitch and five tennis courts. The site also offers a pavilion with team changing facilities, function suite and bar facilities. Newcastle University was an official Games-Time Training Venue for the London 2012 Olympic Games, and the University's Cochrane Park sports ground was a dedicated football training venue for the Games in July 2012. [2]

The area around the Cochrane Park sports ground is also widely known as Cochrane Park and is home to Newcastle University's residential facility called Henderson Hall [3] and the Coach Lane Campus of Northumbria University and Roy Haygarth. It consists of many streets such as Felixstowe Drive, Cochrane Park Avenue, Bretton Gardens and Vancouver Drive, opposite the Lochside Public House. It is known as a middle class area. It borders High Heaton, and has local walkways which link it to Paddy Freemans Park and Victoria Glade Park.

Canberra Stadium, known also as Bruce Stadium is a facility primarily used for rugby league, soccer and rugby union games, located adjacent to the Australian Institute of Sport in Canberra, the capital of Australia. The GIO Stadium Canberra is the largest sports venue by capacity in Canberra. 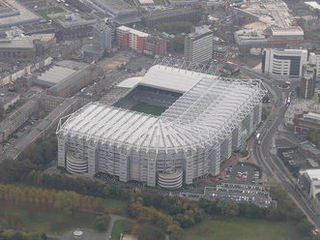 Northumbria University is a university located in Newcastle upon Tyne in the North East of England, gaining university status in 1992. 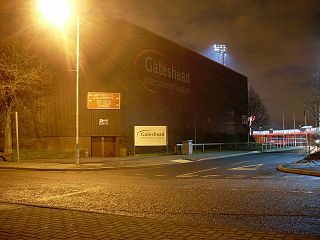 Gateshead International Stadium (GIS) is a multi-purpose, all-seater venue in Gateshead, Tyne and Wear, England. Originally known as the Gateshead Youth Stadium, the venue was built in 1955 at a cost of £30,000. It has since been extensively re-developed on three occasions. Its capacity of around 11,800 is the greatest in the Metropolitan Borough of Gateshead, the third-largest in Tyne and Wear and the sixth-largest in North East England. 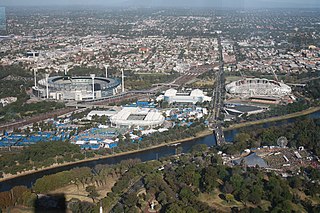 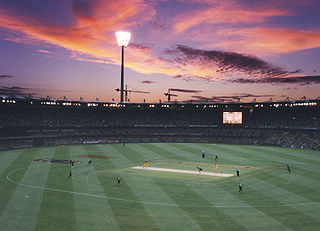 The Brisbane Cricket Ground, commonly known as the Gabba, is a major sports stadium in Brisbane, the capital of Queensland, Australia. The nickname Gabba derives from the suburb of Woolloongabba, in which it is located. Over the years, the Gabba has hosted athletics, Australian rules football, baseball, concerts, cricket, cycling, rugby league, rugby union, soccer and pony and greyhound races. At present, it serves as the home ground for the Queensland Bulls in domestic cricket, the Brisbane Heat of the Big Bash League and Women's Big Bash League, and the Brisbane Lions of the Australian Football League.

Kingston Park is a multi-purpose stadium in Kingston Park, Newcastle upon Tyne, England. It is used mostly for rugby union and rugby league matches and is the home stadium of RFU Championship side Newcastle Falcons and Kingston Press League 1 Rugby League side Newcastle Thunder.. From 2007 to 2009 it was home to semi-professional football team Newcastle Blue Star. 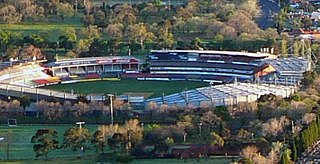 Princes Park is an Australian rules football ground located at Princes Park in the inner Melbourne suburb of Carlton North. It is a historic venue, having been the home ground of the Carlton Football Club since 1897. 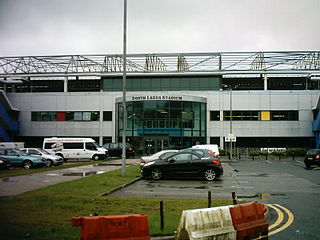 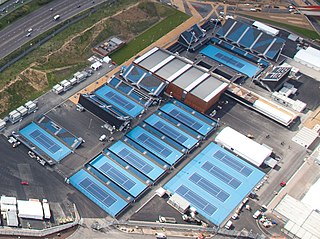 Eton Manor is a former name for a sports and leisure venue in Leyton, London Borough of Waltham Forest. It is the northernmost venue of the Queen Elizabeth Olympic Park and remains as a permanent venue as part of the 2012 Olympic legacy, separated from the rest of the park by the A12 road. It is now known as Lee Valley Hockey and Tennis Centre and is made up of four indoor and six outdoor tennis courts and two state-of-the art hockey pitches.

Bullocksteads Sports Ground is a rugby and football facility in Newcastle upon Tyne, England. It is situated next to the Kingston Park stadium.