The Office of the Colorado State Public Defender provides legal assistance to individuals charged with a crime in Colorado state court who are financially unable to retain private counsel. The office consists of 21 regional trial offices, a centralized appellate office that handles appeals from every jurisdiction, and a centralized state administrative office. [2]

In 1963, after Gideon v. Wainwright , the Colorado General Assembly passed the Colorado Defender Act. This Act authorized Colorado counties to either establish a public defender's office or remain under the previous ad hoc system of appointing counsel for indigent citizens accused of criminal offenses. Four county public defender offices were established under the Act: Denver, Brighton, Pueblo and Durango. In 1970, the State Legislature passed Senate Bill 126, which created the Office of the State Public Defender as an independent state agency.

Rocky Mountain PBS is a state network of Public Broadcasting Service (PBS) member television stations serving the U.S. state of Colorado. It is operated by Rocky Mountain Public Media, Inc., a non-profit organization which holds the licenses for most of the PBS member stations licensed in the state, with the exception of KBDI-TV in Broomfield, which serves as the Denver market's secondary PBS station through the network's Program Differentiation Plan. The network comprises five full-power stations—flagship station KRMA-TV in Denver and satellites KTSC in Pueblo, KRMJ in Grand Junction, KRMU in Durango and KRMZ in Steamboat Springs. The broadcast signals of the five full-power stations and 60 translators cover almost all of the state, as well as parts of Wyoming, Montana, Nebraska and New Mexico. 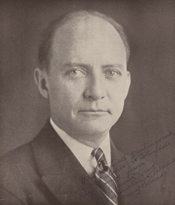 Lawrence Lewis was a U.S. Representative from Colorado.

The Colorado Department of Transportation is the principal department of the Colorado state government that administers state government transportation responsibilities in the state. CDOT is responsible for maintaining 9,144 mile highway system, including 3,429 bridges with over 28 billion vehicle miles of travel per year. CDOT's Mission is "To provide the best multi-modal transportation system for Colorado that most effectively moves people, goods, and information."

The 2014 United States House of Representatives elections in Colorado will be held on Tuesday, November 4, 2014 to elect the seven U.S. Representatives from the state of Colorado, one from each of the state's seven congressional districts. The elections will coincide with the elections of other federal and state offices, including Governor of Colorado and U.S. Senator.

The Colorado recall election of 2013 was a successful effort to recall two Democratic members of the Colorado Senate following their support of new gun control legislation. Initially four politicians were targeted, but sufficient signatures could only be obtained for State Senate President John Morse and State Senator Angela Giron.

Alex Joseph Martinez is an American attorney who served as an Associate Justice of the Supreme Court of Colorado from 1996 to 2011. 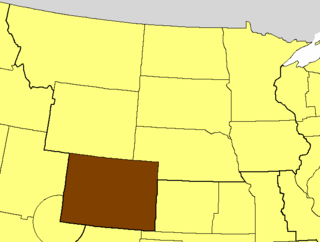 The Diocese of Colorado is the diocese of the Episcopal Church which covers all of Colorado. It is in Province VI. Its cathedral, Saint John's Cathedral, Denver, is located in Denver, along with its offices. John Franklin Spalding was the first bishop of the diocese. Kimberly "Kym" Lucas is the current bishop. 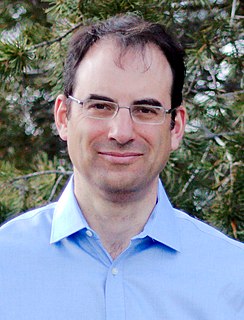 Philip Jacob Weiser is an American lawyer and politician who has served as the 39th Colorado Attorney General, since 2019. He is the Hatfield Professor of Law and Telecommunications, Executive Director and Founder of the Silicon Flatirons Center for Law, Technology, and Entrepreneurship, and Dean Emeritus at the University of Colorado Law School. He previously served in the Obama and Clinton Administrations in the White House and Justice Department. A member of the Democratic Party, he was elected Attorney General for the State of Colorado in the 2018 election, defeating Republican George Brauchler on November 6, 2018. 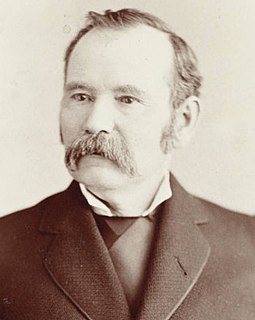 The 1876 Colorado gubernatorial election took place on October 3, 1876, to elect the 1st Governor of Colorado after the state was admitted to the union on August 1, 1876. Republican John Long Routt, last governor of the Colorado Territory, was elected in a close race against Democratic nominee Bela M. Hughes.