Imagem Music Group was a Dutch music publisher. The company was founded in 2008 by the Dutch firm Stichting Pensioenfonds ABP, one of the world's largest pension funds, in conjunction with the independent publisher and media company CP Masters BV. It began by acquiring European music publishing rights in a number of catalogues sold by Universal Music Publishing Group after its acquisition of BMG Music Publishing, such as Rondor UK, Zomba UK, 19 Music, 19 Songs, & the BBC catalog; the sale was worth 140 million euros (US$221.5 million). [1] These were sold by Universal after the European Commission ordered the sell-off as a condition of its merger with BMG's publishing arm. This was followed by acquiring the world's leading classical music publishing company Boosey & Hawkes in 2008 and Rodgers & Hammerstein Organization in 2009.

On June 2, 2017, Concord announced that it would acquire Imagem for $500 million. The deal included 250,000 compositions, and tripled Concord's number of publishing copyrights. [2] With the acquisition, Concord merged Imagem with The Bicycle Music Company to form Concord Music Publishing.

Boosey & Hawkes was sold to Imagem in April 2008 for £126m by its private equity owner, HgCapital. The sale was one of the world's largest of classical music. Hg Capital took Boosey & Hawkes off the stock exchange in 2003 for £75m. Under its ownership, the group made six acquisitions in new areas like jazz and tango. Revenues from supplying music for advertising and film were increased, and printing and distribution outsourced. [4]

In 2009, the estates of Richard Rodgers and Oscar Hammerstein II sold the rights to songs and musicals, including South Pacific , The Sound of Music and Oklahoma! , to Imagem Music Group. The sale transferred power over one of America's most famous song catalogs and the licensing rights for future productions of the musicals, which had been controlled by the Rodgers & Hammerstein Organization, a Manhattan-based company. As part of the deal, Imagem acquired the Rodgers & Hammerstein Organization and retained its management. [5]

Carlin America is an independent music publishing conglomerate with a catalog of over 100,000 titles. The company, created under its current name in 1995 by its founder Freddy Bienstock, is headquartered on East 38th Street in Manhattan. Bienstock died on September 29, 2009, after which Carlin Music was run by his daughter Caroline and son Robert.

CMC International was an American independent record label founded by Tom Lipsky in 1991, focused mainly on classic rock, and classic heavy metal. The label was the haven of many hard rock, arena rock, glam metal and AOR artists in the period when all the majors were investing all their financial efforts on grunge and alternative rock acts. In 1995 CMC started a partnership with BMG Entertainment, which in 1999 owned the majority of the company, with founder Tom Lipsky holding a minority stake.

Concord is an independent music company based in Beverly Hills, California, with worldwide distribution through Universal Music Group. The company is specialized in recordings and music publishing.

Chappell & Co. was an English company that published music and manufactured pianos. 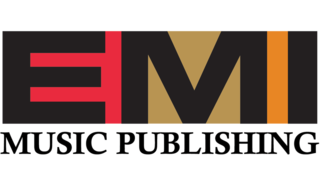 Primary Wave is a full-service entertainment company with expertise in Music Publishing, Talent Management, Film & TV Production, Digital Marketing, and Branding based in the United States.

Round Hill Music is an American music publishing company founded in 2010 by Josh Gruss along with Richard Rowe, and Neil Gillis. It includes a music publishing division with sync and royalty administration capabilities, a music production library business, a record label and label services division, a Nashville songwriter services group, and offices in New York, Los Angeles, Nashville and London.

Bicycle Music Company was a music publishing company founded independently, and after growing for a number of years was merged with Concord Music Group in 2015. As of 2010, it owned or administered over 12,000 works from songwriters.