A multi-sport event is an organized sporting event, often held over multiple days, featuring competition in many different sports among organized teams of athletes from (mostly) nation-states. The first major, modern, multi-sport event of international significance was the Olympic Games, first held in modern times in 1896 in Athens, Greece and inspired by the Ancient Olympic Games, one of a number of such events held in antiquity. Most modern multi-sports events have the same basic structure. Games are held over the course of several days in and around a "host city", which changes for each competition. Countries send national teams to each competition, consisting of individual athletes and teams that compete in a wide variety of sports. Athletes or teams are awarded gold, silver or bronze medals for first, second and third place respectively. Each games are generally held every four years, though some are annual competitions.

The Ancient Olympic Games, first held in 776 BC, was the precursor to the Modern Olympic Games, although its first edition only featured a footrace and the number of sporting competitions expanded at later editions.

There were several other "games" held in Europe in the classical era:

Other multi-sport festivals emerged in the Middle Ages in Europe, including the Cotswold Olimpick Games in England in the 1600s, the Highland Games in Scotland, and the Olympiade de la République in France in the 1800s.

In the late 19th and early 20th century, athletes at multi-sport events were almost exclusively male. As international women's sport began to develop, events such as the Women's World Games and Olympics of Grace were held to allow women to engage in sport on the international stage. Though short-lived, events such as these led to greater inclusion of women at multi-sport events over the course of the 20th century. [1]

Since the establishment of the Olympics, most serial multi-sport events have been organized for specific audiences and participating countries or communities. These affiliations include:

The first modern multi-sport event organised were the Olympic Games, organised by the International Olympic Committee (IOC) (est. 1894) for the first time in 1896 in Athens, Greece. After some celebrations (1900, 1904), the Olympics became very popular nowadays. The number of sports, initially only a few, is still growing.

The Paralympic Games is the largest multi-sport event involving athletes with physical disabilities and is organized by the International Paralympic Committee (IPC). Arranged for the first time in 1960 in Rome, Italy. The number of sports, initially only a few, is still growing.

At the beginning of the 20th century, another multi-sport event, the Nordic Games were first held. These Games were held in Scandinavia, and the sports conducted were winter sports such as cross-country skiing and speed skating. The Nordic Games were last held in 1926, after which the 1924 Winter Sports Week in Chamonix was declared the first Olympic Winter Games. In the 1920s, all kinds of other multi-sport events were set up. These were usually directed for a selected group of athletes, rather than everybody, which was basically the case with the Olympic Games. The Soviets organized the first Spartakiad in 1920, a communist alternative to the 'bourgeois' Olympic Games, and in 1922 the University Olympia was organizedor in Italy, the forerunner of the World University Games, meant for students only. Regional games were another kind of multi-sport event that was established, such as the Far Eastern Championship Games (1913), the Central American and Caribbean Games (1926) or the Pan American Games (1951).

The Olympic Games are still the largest multi-sport event in the world in terms of worldwide interest and importance (though no longer in participation), but several others also have significance.

By organisation and language

By political and historical allegiance

By national origin and national descent

Other Games are intended for handicapped or disabled athletes. The International Silent Games, first held in Paris in 1924, were the first Games for deaf athletes. The Stoke Mandeville Wheelchair Games, K incepted in 1948 in England, were the first Games for wheelchair athletes. In 1960, the first Paralympic Games were held, connected with the Olympic Games. The Special Olympics World Games, for athletes with intellectual disabilities, were first held in 1968.

The Maccabiah Games, first held in 1932, are an international Jewish and Israeli multi-sport event now held quadrennially in Israel. It is the third-largest sporting event in the world, with 10,000 athletes competing. The Maccabiah Games were declared a "Regional Sports Event" by, and under the auspices and supervision of, the International Olympic Committee in 1961. 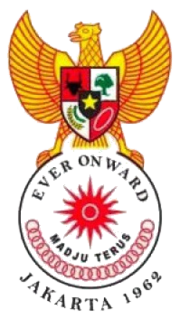 The Pan American Sports Organization is an international organization which represents the current 41 National Olympic Committees of the Americas.

The European Games is a continental multi-sport event in the Olympic tradition contested by athletes from European nations and several transcontinental countries. The Games were envisioned and are governed by the European Olympic Committees (EOC), which announced their launch at its 41st General Assembly in Rome, on 8 December 2012.

The History of the Maccabiah, a quadrennial International Jewish multi-sport event, dates back to 1912 and the Games of the V Olympiad.