The Military World Games is a multi-sport event for military sportspeople, organized by the International Military Sports Council (CISM). The Games have been held since 1995, although championships for separate sports had been held for some years. A winter edition of the games was created later on, the first edition was organized by the Italian region of Aosta Valley from 20 to 25 of March 2010. [1] 2023
Host cities of the Military Games

As of 2017 Winter Military World Games.

Sport in Italy has a long tradition. In several sports, both individual and team, Italy has good representation and many successes. Football is the most popular sport in Italy. Italy won the 2006 FIFA World Cup, and is currently the second most successful football team in World Cup history, after Brazil, having won four FIFA World Cup championships. 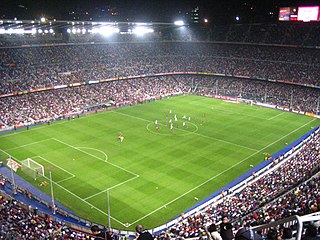 SELL Student Games is a multi-sport event that is open for all university and college students all over the world. The name of the games is according to the first letters of the hosting countries – Finland, Estonia, Latvia and Lithuania – in their respective languages . The principles of the games are that everyone can participate and therefore the event combines top sports and joyful student event. Nowadays the games gather around 1800–2000 students.

The International Military Sports Council (IMSC) or Conseil International du Sport Militaire (CISM), is an international sports association, established in 1948 and headquartered in Brussels. It is the world's second-largest multi-discipline sports organisation, after the International Olympic Committee, holding more than 20 competitions annually. Under its auspices, soldiers who may previously have met on the battlefield compete on the sports playing field. CISM organises various sporting events, including the Military World Games and World Military Championships, for the armed forces of 140 member countries. The aim of CISM is to promote sport activity and physical education between armed forces as a means to foster world peace. The motto of CISM is "Friendship through Sport" and is based on three pillars of sport, education and solidarity.

Aeronautical pentathlon is a sporting event at some multi-sport events, such as the Military World Games. Despite the name, the sport has six events: shooting, fencing, orienteering, basketball skills, obstacle course and swimming. The idea is to prepare air force officers for evading enemy soldiers. It is generally only participated by military air forces, and its first appearance at the Military World Games was in 2010.

The CSIT – International Workers and Amateurs in Sports Confederation is an international multi-sports organization. It was established as the successor to Socialist Workers' Sport International and as such celebrated its centenary in 2013. The core principles of contributing to physical activity and sports have stayed in its action policy: it is a right of men and women to do sports no matter what are their professionalism levels. The key concept of the CSIT's sport policy has always been "Sports for all". The policy stems from the historic ideas of the international worker sport movement.

The INAS Global Games is a quadrennial global, international multi-sport event organised by the International Sports Federation for Persons with Intellectual Disability (INAS). First organised in 2004, it is intended for elite competition in disability sports for athletes with intellectual disability and, since 2017, autism and down syndrome. It is the largest sporting event of its type. Athletes must have received classification from INAS to compete.

The Baltic Sea Games was a multi-sport event between countries near the Baltic Sea. It was held on two occasions: first in 1993 then for a final time in 1997.