The Arctic Winter Games were founded in 1969 under the leadership of Governor Walter J. Hickel of Alaska, Stuart M. Hodgson, Commissioner of the Northwest Territories, and Yukon Commissioner James Smith. The idea to "provide a forum where athletes from the circumpolar North could compete on their own terms, on their own turf" came from Cal Miller, an advisor with the Yukon team at the 1967 Canada Winter Games.

In 1970 in Yellowknife, Canada, 500 athletes, trainers and officials came together for the first Arctic Winter Games. The participants came from the Northwest Territories, Yukon and Alaska. Since then, the Games have been held on fifteen occasions in different places and with ever more participants from more and more places within the Arctic region. The games in 2002 were the first jointly hosted Arctic Winter Games, by Nuuk, Greenland and Iqaluit, Nunavut.

Host cities have been in Canada, the United States, and Greenland. [5]

The Hodgson trophy for fair play and team spirit is awarded at the end of every games. The trophy is named for Stuart Milton Hodgson, former Commissioner of the Northwest Territories. [9]

The past winners of the trophy are: [9]

The table below shows the sports and the years in which they have been a part of the Arctic Winter Games programme. 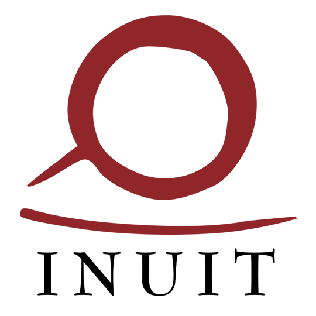 Stuart Milton Hodgson, sometimes known as Stu, OC was the commissioner of the Northwest Territories (NWT) from March 2, 1967 until April 6, 1979. The first Commissioner to actually reside in the Northwest Territories, he was a leader in the construction of a semiautonomous, responsible self-government run by residents of the territory. He was appointed as a citizenship judge in British Columbia in December 1997 and served until 2005. Born in Vancouver, British Columbia, the second son of Allan and Mary Hodgson, Hodgson was one of the founders of the Arctic Winter Games - which began in Yellowknife in 1970 for athletes from Alaska, Yukon, and the NWT – and which now also include Greenland, parts of Arctic Russia, as well as Northern Alberta and Nunavik, and the new territory Nunavut which was formed from NWT in 1999. He was appointed as an Officer of the Order of Canada on December 18, 1970 for his service to labour and government. Subsequently he received the Queen's commemorative medals for her silver, golden, and the Queen Elizabeth II Diamond Jubilee Medal (2012); as well as the Canada 125 medal in 1992.

James M. Smith was the longest serving commissioner of Yukon from November 7, 1966 to June 30, 1976. During his tenure, he was instrumental in the creation of Kluane National Park and Reserve and the designation of the Chilkoot Trail as a National Historic Site of Canada. He was also responsible for creating the Arctic Winter Games along with Northwest Territories commissioner Stuart Hodgson and Alaska governor Walter Joseph Hickel. He was made an Officer of the Order of Canada in 1976. 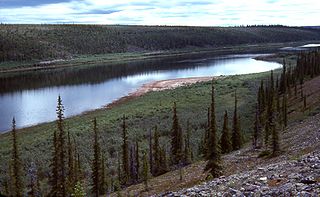 The Northwest Territories is a territory in Northern Canada, specifically in Northwestern Canada between Yukon Territory and Nunavut including part of Victoria Island, Melville Island, and other islands on the western Arctic Archipelago. Originally a much wider territory enclosing most of central and northern Canada, the Northwest Territories was created in 1870 from the Hudson's Bay Company's holdings that were sold to Canada from 1869-1870. In addition, Alberta and Saskatchewan were formed from the territory in 1905. In 1999, it was divided again: the eastern portion became the new territory of Nunavut. Yellowknife stands as its largest city and capital. It has a population of 42,800 and has an area of 532,643 sq mi (1,379,540 km2). The current territory lies west of Nunavut, north of latitude 60° north, and east of Yukon.

The 2007 Canada Winter Games were held in Whitehorse, Yukon, from Friday 23 February 2007 to Saturday 10 March 2007. These were the first Canada Games held North of 60. The games were held concurrent with the Inuit Games and Dene Games. The Games were televised by CBC, SRC, TSN, RDS, and APTN.

Approximately 2,000 athletes, coaches, team staff and officials participated in the 2006 Arctic Winter Games on the Kenai Peninsula, Alaska in the United States. The 2006 games took place from March 5 through March 11. Events were held mostly in the larger towns of Soldotna and Kenai, along with Homer (curling) and the Alyeska Ski Resort in Girdwood. Soldotna, Kenai, Homer, and the town of Seward also hosted cultural events. This was the fifth time Alaska had hosted the games.

Circumpolar peoples and Arctic peoples are umbrella terms for the various Indigenous peoples of the Arctic. 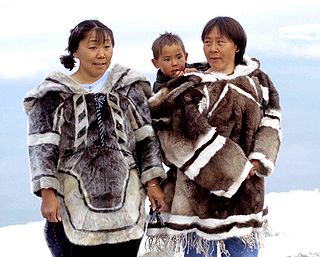 Approximately 2,000 athletes, coaches, team staff and officials participated in the 2008 Arctic Winter Games in Yellowknife, Northwest Territories in Canada, celebrating the 20th event. The 2008 games took place from March 9 through March 15. Events were held in and around the city of Yellowknife. This was the fourth time Yellowknife had hosted the games, and the fifth time overall in the Northwest Territories.

The 2010 Arctic Winter Games were held in Grande Prairie, Alberta, Canada from March 6 to 13th.

Sport is an important part of Greenlandic culture, as the population is generally quite active. The main traditional sport in Greenland is Arctic sports.

The 2012 Arctic Winter Games was a winter multi-sport event which took place in Whitehorse, Yukon, Canada, between 4–10 March 2012.

The 2016 Arctic Winter Games, officially known with the slogan "Join — Feel — Jump", was a winter multi-sport event which took place in Nuuk, Greenland, between 6–12 March 2016. The elected host city was announced on 14 September 2012 by the Arctic Winter Games International Committee (AWGIC) in Whitehorse, Yukon, Canada.

Arctic sports or Inuit games (Iñupiaq: anaktaqtuat) refer to a number of sports disciplines popularly practiced in the Arctic, primarily by the indigenous peoples of the region, such as the Inuit. Arctic sports often refer to the sports of Yamal, Alaska, Greenland and parts of Canada, while sports of the First Nations are referred to as Dene games. Traditional Greenlandic sports are referred to as Kalaallit Pinnguaataat. Many of the sports and disciplines are largely athletic in nature, while others lean more towards martial arts or gymnastics.

The 2018 Arctic Winter Games, officially known with the slogan "Find Your Power!!!", is a winter multi-sport event which took place in the South Slave Region of the Northwest Territories, between 18–24 March 2018.

The 2020 Arctic Winter Games was a scheduled winter multi-sport event which was to take place in Whitehorse, Yukon, between 15 and 21 March 2020. On 7 March 2020, the games were cancelled due to the international coronavirus pandemic.

Chelsea Lin Duncan is a Canadian curler from Whitehorse, Yukon. She currently plays third on Team Hailey Birnie. She was the longtime third for Sarah Koltun in her junior career.

The 2023 Arctic Winter Games is a winter multi-sport event which will take place in the Regional Municipality of Wood Buffalo in Northern Alberta from 29 January to 4 February 2023. The games were originally scheduled to take place in March 2022, but was rescheduled due to the COVID-19 pandemic.