Seal Rock is a small island in San Mateo County, California. [2] It lies just off the county's Pacific coast, about halfway between Half Moon Bay and San Gregorio. 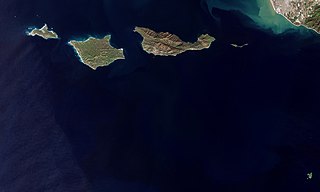 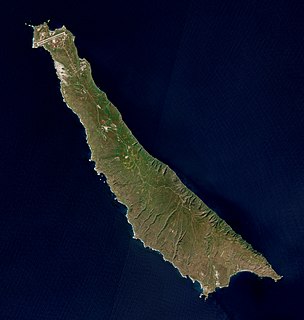 San Clemente Island is the southernmost of the Channel Islands of California. It is owned and operated by the United States Navy, and is a part of Los Angeles County. It is administered by Naval Base Coronado. It is 21 miles (34 km) long and has 147.13 km2 (56.81 sq mi) of land. The census estimates 148 military and civilian personnel resident on the island in 2018. The city of San Clemente in Orange County, California is named after the island. 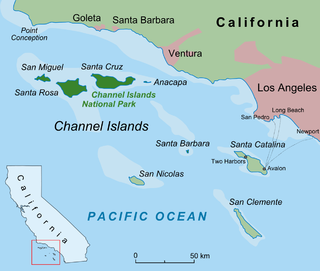 San Miguel Island is the westernmost of California's Channel Islands, located across the Santa Barbara Channel in the Pacific Ocean, within Santa Barbara County, California. San Miguel is the sixth-largest of the eight Channel Islands at 9,325 acres (3,774 ha), including offshore islands and rocks. Prince Island, 700 m (2,300 ft) off the northeastern coast, measures 35 acres (14 ha) in area. The island, at its farthest extent, is 8 miles (13 km) long and 3.7 miles (6.0 km) wide. 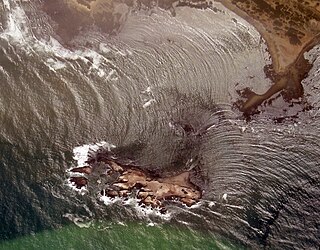 Año Nuevo Island is a small island off Año Nuevo Point on the coast of Northern California, between San Francisco and Santa Cruz. The island has an area of 9 acres (3.6 ha). It is an important breeding site for northern elephant seals and the endangered Steller's sea lion, as well as several species of seabirds, including rhinoceros auklets, Brandt's cormorants and western gulls. Due to the number of seals and sea lions, great white sharks are frequently spotted patrolling the waters around the island. It is protected as part of the Año Nuevo State Reserve. 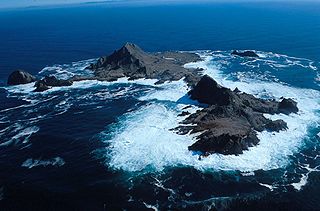 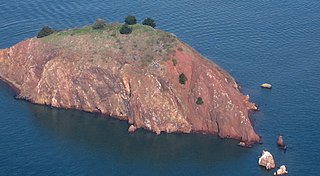 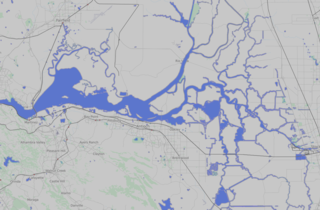 Seal Islands are a pair of islands in Suisun Bay at the mouth of the Sacramento-San Joaquin River Delta in Contra Costa County, California, 10 km east of Benicia, and 500 metres off-shore from the former Concord Naval Weapons Station and Port Chicago Naval Magazine.

Seal Rock, Seal Rocks, or Seal's Rock may refer to: 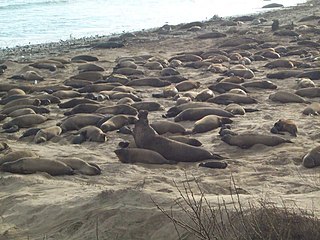 Año Nuevo State Marine Conservation Area (SMCA) is one of two adjoining marine protected areas off the coast of San Mateo and Santa Cruz Counties, on California’s central coast. The area is approximately 55 miles south of San Francisco. The SMCA is 11.07 square miles. Except for limited taking of giant kelp, all living marine resources are protected. 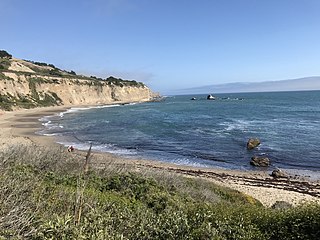 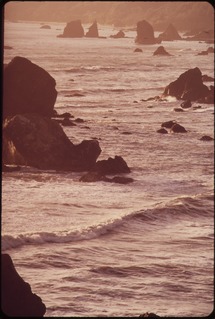