Calcium oxalate (in archaic terminology, oxalate of lime) is a calcium salt of oxalic acid with the chemical formula CaC2O4. It forms hydrates CaC2O4·nH2O, where n varies from 1 to 3. Anhydrous and all hydrated forms are colorless or white. The monohydrate CaC2O4·H2O occurs naturally as the mineral whewellite, forming envelope-shaped crystals, known in plants as raphides. The two rarer hydrates are dihydrate CaC2O4·2H2O, which occurs naturally as the mineral weddellite, and trihydrate CaC2O4·3H2O, which occurs naturally as the mineral caoxite, are also recognized. Some foods have high quantities of calcium oxalates and can produce sores and numbing on ingestion and may even be fatal. Tribes with diets that depend highly on fruits and vegetables high in calcium oxalate, such as in Micronesia, reduce the level of it by boiling and cooking them. [4] [5] They are a constituent in 76% of human kidney stones. [6] Calcium oxalate is also found in beerstone, a scale that forms on containers used in breweries.

Many plants accumulate calcium oxalate as it has been reported in more than 1000 different genera of plants. [7] The calcium oxalate accumulation is linked to the detoxification of calcium (Ca2+) in the plant. [8] Upon decomposition, the calcium oxalate is oxidised by bacteria, fungi, or wildfire to produce the soil nutrient Calcium carbonate. [9]

The poisonous plant dumb cane ( Dieffenbachia ) contains the substance and on ingestion can prevent speech and be suffocating. It is also found in sorrel, rhubarb (in large quantities in the leaves), cinnamon, turmeric and in species of Oxalis , Araceae, Arum italicum , taro, kiwifruit, tea leaves, agaves, Virginia creeper ( Parthenocissus quinquefolia ), and Alocasia and in spinach in varying amounts. Plants of the genus Philodendron contain enough calcium oxalate that consumption of parts of the plant can result in uncomfortable symptoms. Insoluble calcium oxalate crystals are found in plant stems, roots, and leaves and produced in idioblasts. Vanilla plants exude calcium oxalates upon harvest of the orchid seed pods and may cause contact dermatitis.

Calcium oxalate, as ‘beerstone’, is a brownish precipitate that tends to accumulate within vats, barrels, and other containers used in the brewing of beer. If not removed in a cleaning process, beerstone will leave an unsanitary surface that can harbour microorganisms. [10] Beerstone is composed of calcium and magnesium salts and various organic compounds left over from the brewing process; it promotes the growth of unwanted microorganisms that can adversely affect or even ruin the flavour of a batch of beer.

Calcium oxalate can produce sores and numbing on ingestion and may even be fatal.

The monohydrate and dihydrate can be distinguished by the shape of the respective crystals.

About 76% of kidney stones are partially or entirely of the calcium oxalate type. [6] They form when urine is persistently saturated with calcium and oxalate. Between 1% and 15% of people globally are affected by kidney stones at some point. [12] [13] In 2015, they caused about 16,000 deaths worldwide. [14]

Some of the oxalate in urine is produced by the body. Calcium and oxalate in the diet play a part but are not the only factors that affect the formation of calcium oxalate stones. Dietary oxalate is an organic ion found in many vegetables, fruits, and nuts. Calcium from bone may also play a role in kidney stone formation.

Calcium oxalate is used in the manufacture of ceramic glazes. [15] 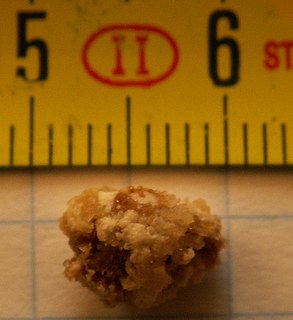 Kidney stone disease, also known as nephrolithiasis or urolithiasis, is a crystallopathy where a solid piece of material develops in the urinary tract. Kidney stones typically form in the kidney and leave the body in the urine stream. A small stone may pass without causing symptoms. If a stone grows to more than 5 millimeters, it can cause blockage of the ureter, resulting in sharp and severe pain in the lower back or abdomen. A stone may also result in blood in the urine, vomiting, or painful urination. About half of people who have had a kidney stone will have another within ten years.

A bladder stone is a stone found in the urinary bladder. 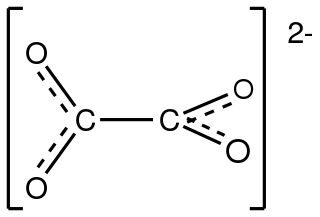 Weddellite (CaC2O4·2H2O) is a mineral form of calcium oxalate named for occurrences of millimeter-sized crystals found in bottom sediments of the Weddell Sea, off Antarctica. Occasionally, weddellite partially dehydrates to whewellite, forming excellent pseudomorphs of grainy whewellite after weddellite's short tetragonal dipyramids. It was first described in 1942. 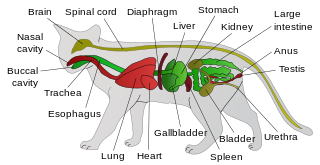 Feline lower urinary tract disease (FLUTD) is a generic category term to describe any disorder affecting the bladder or urethra of cats. 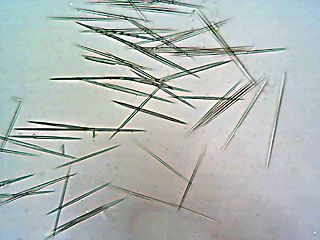 Raphides are needle-shaped crystals of calcium oxalate monohydrate or calcium carbonate as aragonite, found in more than 200 families of plants. Both ends are needle-like, but raphides tend to be blunt at one end and sharp at the other. 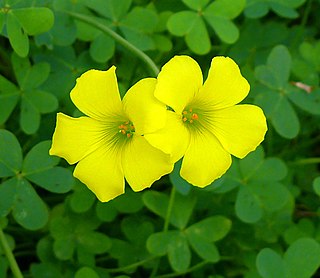 Oxalis pes-caprae is a species of tristylous yellow-flowering plant in the wood sorrel family Oxalidaceae. Oxalis cernua is a less common synonym for this species. Some of the most common names for the plant reference its sour taste owing to oxalic acid present in its tissues. Indigenous to South Africa, the plant has become a pest plant in different parts of the word that is difficult to eradicate because of how it propagates through underground bulbs. 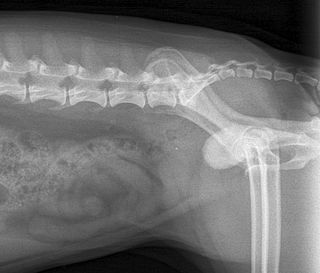 Bladder stones or uroliths are a common occurrence in animals, especially in domestic animals such as dogs and cats. Occurrence in other species, including tortoises, has been reported as well. The stones form in the urinary bladder in varying size and numbers secondary to infection, dietary influences, and genetics. Stones can form in any part of the urinary tract in dogs and cats, but unlike in humans, stones of the kidney are less common and do not often cause significant disease, although they can contribute to pyelonephritis and chronic kidney disease. Types of stones include struvite, calcium oxalate, urate, cystine, calcium phosphate, and silicate. Struvite and calcium oxalate stones are by far the most common.

Ethylene glycol poisoning is poisoning caused by drinking ethylene glycol. Early symptoms include intoxication, vomiting and abdominal pain. Later symptoms may include a decreased level of consciousness, headache, and seizures. Long term outcomes may include kidney failure and brain damage. Toxicity and death may occur after drinking even a small amount.

Crystal arthropathy is a class of joint disorder that is characterized by accumulation of tiny crystals in one or more joints. Polarizing microscopy and application of other crystallographic techniques have improved identification of different microcrystals including monosodium urate, calcium pyrophosphate dihydrate, calcium hydroxyapatite, and calcium oxalate.

A druse is a group of crystals of calcium oxalate, silicates, or carbonates present in plants, and are thought to be a defense against herbivory due to their toxicity. Calcium oxalate (Ca(COO)2, CaOx) crystals are found in algae, angiosperms and gymnosperms in a total of more than 215 families. These plants accumulate oxalate in the range of 3–80% (w/w) of their dry weight through a biomineralization process in a variety of shapes. Araceae have numerous druses, multi-crystal druses and needle-shaped raphide crystals of CaOx present in the tissue. Druses are also found in leaves and bud scales of Prunus, Rosa, Allium, Vitis, Morus and Phaseolus. 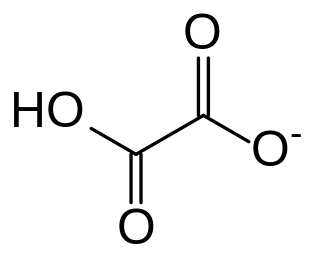 Ammonium oxalate, C2H8N2O4 – more commonly written as (NH4)2C2O4 – is an oxalate salt with ammonium (sometimes as a monohydrate). It is a colorless (white) salt under standard conditions and is odorless and non-volatile. It is the ammonium salt of oxalic acid, and occurs in many plants and vegetables. 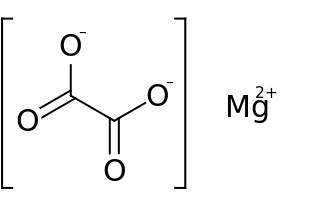 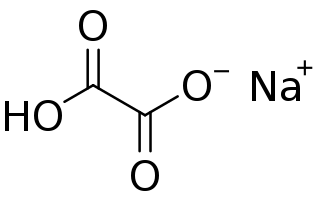 Crystallopathy is a harmful state or disease associated with the formation and aggregation of crystals in tissues or cavities, or in other words, a heterogeneous group of diseases caused by intrinsic or environmental microparticles or crystals, promoting tissue inflammation and scarring.