Calendar of saints (Church of England)

The Church of England commemorates many of the same saints as those in the General Roman Calendar, mostly on the same days, but also commemorates various notable (often post-Reformation) Christians who have not been canonised by Rome, with a particular though not exclusive emphasis on those of English origin. There are differences in the calendars of other churches of the Anglican Communion (see Saints in Anglicanism).

The only person canonised in a near-conventional sense by the Church of England since the English Reformation is King Charles the Martyr (King Charles I), although he is not widely recognised by Anglicans as a saint outside the Society of King Charles the Martyr. The Church of England has no mechanism for canonising saints, and unlike the Roman Catholic Church it makes no claims regarding the heavenly status of those whom it commemorates in its calendar. For this reason, the Church of England avoids the use of the prenominal title "Saint" with reference to uncanonised individuals and is restrained in what it says about them in its liturgical texts. In order not to seem to imply grades of sanctity, or to discriminate between holy persons of the pre- and post-Reformation periods, the title "Saint" is not used at all in the calendar, even with reference to those who have always been known by that title, for example the Apostles.

The ninth Lambeth Conference held in 1958 clarified the commemoration of Saints and Heroes of the Christian Church in the Anglican Communion. Resolution 79 stated:

There is no single calendar for the various churches making up the Anglican Communion; each makes its own calendar suitable for its local situation. As a result, the calendar here contains a number of figures important in the history of the English church. Calendars in different provinces will focus on figures more important to those different countries. At the same time, different provinces often borrow important figures from each other's calendars as the international importance of different figures becomes clear. In this way the calendar of the Church of England has importance beyond the immediate purpose of supporting the liturgy of the English Church. It is, for example, one of the key sources of the calendar for the international daily office Oremus. [2]

As there is no mention of the Patriarchs of Old on the Current Church of England Calendar, one is left to presume, theologically and liturgically, that the Patriarchs of Old are not included on All Saints' Day, 1 November (as they are in the Catholic calendar), since according to the Lambeth Conference, 1958, the purpose was to devise a guide for the commemoration of Saints and Heroes applicable to the Christian Church in England.

The following table lists the Holy Days in the calendar of Common Worship , the calendar most generally followed in the Church of England (though the calendar of the Book of Common Prayer is still authorised for use). This calendar was finalised in 2000, with some further names added in 2010. The table includes the feast date, the name of the person or persons being commemorated, their title, the nature and location of their ministry or other relevant facts, and year of death, all in the form in which they are set out in the authorised Common Worship calendar. The typography shows the level of the observance: BOLD CAPITALS denote Principal Feasts and Principal Holy Days, bold denotes Festivals, roman denotes Lesser Festivals, and italics denote Commemorations. SMALL CAPITALS denote observances that are unclassified. 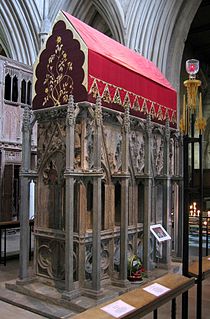 The veneration of saints in the Episcopal Church is a continuation of an ancient tradition from the early Church which honors important and influential people of the Christian faith. The usage of the term "saint" is similar to Roman Catholic and Orthodox traditions. Episcopals believe in the communion of saints in prayer and as such the Episcopal liturgical calendar accommodates feasts for saints.

Lesser Festivals are a type of observance in the Anglican Communion, including the Church of England, considered to be less significant than a Principal Feast, Principal Holy Day, or Festival, but more significant than a Commemoration. Whereas Principal Feasts must be celebrated, it is not obligatory to observe Lesser Festivals. They are always attached to a calendar date, and are not observed if they fall on a Sunday, in Holy Week, or in Easter Week. In Common Worship each Lesser Festival is provided with a collect and an indication of liturgical colour.

Commemorations are a type of religious observance in the many Churches of the Anglican Communion, including the Church of England. They are the least significant type of observance, the others being Principal Feasts, Principal Holy Days, Festivals, and Lesser Festivals. Whereas Principal Feasts must be celebrated, it is not obligatory to observe Commemorations. They are always attached to a calendar date, and are not observed if they fall on a Sunday, in Holy Week, or in Easter Week. In Common Worship Commemorations are not provided with collects or indications of liturgical colour. However, they may be celebrated as Lesser Festivals if local pastoral conditions suggest it.

In the Calendar of the Scottish Episcopal Church, each holy and saint’s day listed has been assigned a number which indicates its category. It is intended that feasts in categories 1 - 4 should be kept by the whole church. Days in categories 5 and 6 may be kept according to diocesan or local discretion. Commemorations not included in this Calendar may be observed with the approval of the bishop.