The Kharboni tribe is one of the three major sub-tribes of the Khogyani tribe of Karlan Pashtun. The Kharboni are primarily found in the central regions of Nangarhar Province, Afghanistan, particularly Khogyani District. [ citation needed ]

The Bangash are one of the Karlani Pashtun tribe of the border region of eastern Afghanistan and North Western Pakistan. They primarily inhabit the Kohat, Hangu, Doaba, Thall, and other districts of Khyber Pakhtunkhwa, as well as portions of the Kurram Agency and Orakzai Agency in FATA. Many Bangash are also found in the northeastern section of the Paktia and Paktika Province in Afghanistan. Descendants of Bangash are also found in the Uttar Pradesh state of India, particularly in the city of Farrukhabad which was founded by Muhammad Khan Bangash in 1714.

Waziri may refer to: 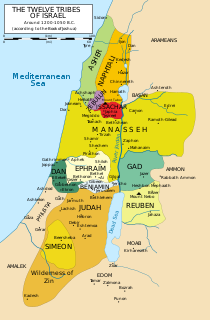 Ishaq Khan Khakwani is a senior Pakistani politician, engineer and a wealthy landlord. He has served as the Minister of State for Information Technology, Telecommunications and Railways. He is now serving as the Senior Vice-President of Pakistan Tehreek-e-Insaf. He was elected for his first term as Parliamentarian as a Pakistan Muslim League (Q) candidate. Ishaq Khan Khakwani completed his BSc in Electrical Engineering from the University of Engineering and Technology, Lahore in 1971 and worked as an engineer in Pakistan Railways for 18 years before entering the political arena. Currently, his occupation is that of an agriculturist. He has also served on the Government Task Force on Agriculture, Reduction of WAPDA's electricity tariff and WTO. He was also the member of National Assembly Committees on Economic Affairs and Statistics, Standing Committee on Food Agriculture and Livestock and Standing Committee on Railways.

Hajji Mohammed Zaman was a Pashtun Afghan military leader and politician. He was an ethnic Pashtun, connected to the Khungani tribe. According to Maj. Dalton Fury, who fought together with Ghamsharik in November/December 2001 in the Tora Bora campaign against the Taliban, Haji Zaman had been "one of the more infamous mujahideen junior commanders during the Soviet–Afghan War. When the Tailban took over, Zaman departed Afg. for France. He visited Alexandria, VA numerous times over the years and was known to favor the bite of fine Johnnie Walker Red scotch. When the Taliban fell from grace after 9/11, the articulate and cunning warlord returned to his homeland to reclaim his former VIP status. He was said to have influential friends within neighboring Pakistan, including members of the Pakistan intelligence service." He reportedly led a force of 4,000 men during the campaign to oust Afghanistan's Soviet occupiers.

Khogyani is a district in the south of Nangarhar Province, Afghanistan, bordering on Pakistan. Its population is entirely Pashtun, and was estimated at 146,852 in 2002. The district centre is the village of Kaga. District Governor Office, District Court, District Hospital, and other government agencies hold their office in Kaga. Kaga is the economic center of the district; however Wazir is the second largest market place. Recently, Kaga town has been connected with Jalalabad City through paved road. Wazir is also connected through a paved road with Kaga. 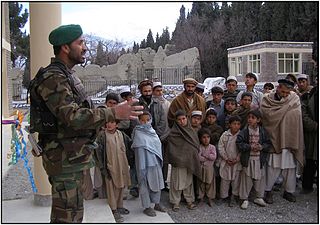 Khogyani is located 17 km northwest of Ghazni. It was the district center of the big Bahrami Shahid (Jaghatu) district before the year 2005. Now it is the center of Khogyani District.

Nawab Ali Mohammad Khan belonged to the Chopan zai clan of the Khogyani tribe. He was given the title of Nawab by Ahmad Shah Durrani because with his help Multan became the part of Durrani Empire. He was appointed as the governor of Multan for his services. He built the famous Mosque Ali Mohammad khan in Chowk bazaar and also constructed the Ali Mohammad Canal and developed Agriculture in the province.

The Khogyani tribe is a Pashtun tribe of the Karlani or "Hill Tribes" branch. The Khogyani Tribe originated in the Khogyani District of Nangarhar Province and later in Ghazni Province of Afghanistan. Some of their clans are also settled in Khyber Pukhtunkhwa, Balochistan and Punjab provinces of Pakistan.

Khogyani may refer to:

Kaga is a village in Khogyani District, Nangarhar Province, Afghanistan. It is the primary market-town and capital of the district.

The Sherzad tribe is one of the three major sub-tribes of the Khogyani tribe of Karlani Pashtun. The Sherzad are primarily found in the central regions of Nangarhar Province, Afghanistan, particularly Sherzad District.

The Wazir tribe is one of the three major clans of the Khogyani tribe of Karlani Pashtun. The Wazir are primarily found in the southern and central regions of Nangarhar Province, Afghanistan, particularly Khogyani District and Pachir Aw Agam District.

Wazir is a village in Khogyani District, Nangarhar Province, Afghanistan. It is the biggest village of the district. The population is Pashtun. Among the Khogyanis, the Lalai offshoot of the Wazirs live in the village. 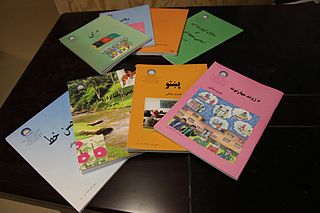 Ali Ahmad Khan Luynab (1883–1929) was an Afghan politician from the Barakzai tribe, and was for a few weeks a possibly self-proclaimed emir in eastern Afghanistan in January and February 1929.