The Sherpao family is a cadet branch of the Kheshgi family.

As their name suggests, they are found in the village of Sherpao in the Hashtnagar area of Charsadda District, Pakistan. Sherpao, the common ancestor of the family, was the grandson of Muhammad, the common ancestor of the Muhammadzai branch of the Kheshgi family. According to Captain E. G. G. Hastings in 1878, the Sherpao had only one high-land hamlet named Dakai, as their other lands were lost to surrounding tribes. [1]

The Sherpao family has played a very prominent role in Pakistani politics. Khan Bahadur Ghulam Haider Khan Sherpao was a prominent leader in the Pakistan movement. His son Hayat Sherpao was a founder of the Pakistan People's Party (PPP) and the youngest governor of the North-West Frontier Province (current Khyber Pakhtunkhwa) before his life was cut short by a tragic assassination at Peshawar University on February 8, 1975. His assassination has had a profound effect on the political landscape of Pakistan and still continues to be relevant in the politics of the country. His younger brother, Aftab Ahmad Sherpao, is one of the most senior and recognized political leaders of the country and continues to play an active role in politics in his neo-nationalist party Qaumi Watan Party. In the past he has served as Pakistan's Interior Minister, Pakistan's Minister for Water & Power, besides being Minister for Kashmir Affairs and Northern Areas and States and Frontier Regions, before having twice served as the Chief Minister of Khyber Pakhtunkhwa. [2] [3]

Qaumi Watan Party, abbreviated as QWP and formerly called Pakistan Peoples Party–Sherpao (PPP–S), is one of the prominent political parties in Pakistan, that split away from the Pakistan Peoples Party just before the 2002 general election. PPP–S was named after its leader Aftab Ahmad Sherpao. Differences had cropped up between PPP Chairperson Benazir Bhutto and Senior Leader Aftab Ahmad Sherpao in 1999 and the latter was expelled from the PPP by the former, thus creating PPP–S. In October 2012, it was renamed to Qaumi Watan Party when it changed its political agenda and declared itself as a Pashtun neo-nationalist party. 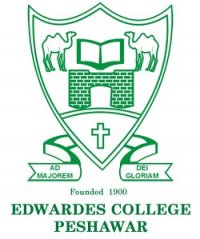 Edwardes College Peshawar is a government college which is the oldest higher education institution in Peshawar, the capital of Khyber Pakhtunkhwa Province in the Islamic Republic of Pakistan. The college, affiliated with the University of Peshawar, has about 3,000 students in sciences, arts and humanities, business administration, higher national diploma, and computer sciences.

Aftab Ahmad Khan Sherpao ; born 20 August 1944) is a Pakistani politician who is the current chairman of the centre-left Pashtun nationalist Qaumi Watan Party, after previously being a member of the Pakistan Peoples Party. He was a member of the National Assembly of Pakistan from November 2002 to May 2018.

Hayat Mohammad Khan Sherpao, simply known as Hayat Sherpao, was a left-wing intellectual and socialist, serving as the fifteenth Governor of North West Frontier Province of Pakistan, as well as vice-chairman of Pakistan Peoples Party. Sherpao held important executive offices, including served as the Interior minister and had held a number of provincial ministries of the North West Frontier Province. He was assassinated in 1975, and his death was blamed on a rival political party in the province - the Awami National Party of Khan Abdul Wali Khan.

Arbab Jehangir Khan Khalil (late) regarded as chief of the Khalil tribe, was a Pakistani politician hailed from Khyber-Pakhtunkhwa, Pakistan. He served as the 8th elected Chief Minister from 7 April 1985 to 29 May 1988 and then as the Leader of opposition in the Khyber-Pakhtunkhwa assembly from 1989 to 1990. He also served as Federal Minister for Petroleum Resources, Housing and Works, Narcotics control and Senior Minister of Khyber-Pakhtunkhwa.

Muhammad Ibrahim Khan was a leading politician of the Khyber-Pakhtunkhwa province of Pakistan. Hailing from the outskirts of Peshawar area known as Khalisa, named after the Sikh invaders, he was well known for joining Muhammad Ali Jinnah in the Pakistan movement, and was known by many as "the king maker of the frontier". He was popularly known for his resolve and aura and referred to informally by the name Jhagra Khan. Jhagra Khan was a former Congressite and was largely responsible for gaining support for the Pakistan Muslim League (PML) in the Khyber Pakhtunkhwa province for Abdul Qayyum Khan, the first Chief Minister of the province after independence. He was the General Secretary of the PML until he died of throat cancer. He died in England where he was supposed to be treated; his family receiving condolences from many heads of nations including Queen Elizabeth II. He was well known throughout British India, especially in his native province, and was one of the few leaders Jinnah had personally tried, successfully, to recruit in All India Muslim League.

Masood Kausar is a Pakistani politician who was 28th Governor of Khyber Pakhtunkhwa. He held many senior government positions including; Speaker of the Assembly, Minister for Communications, Deputy Leader of Opposition in Khyber Pakhtunkhwa province and Chairman of standing committee while he was Member of the Senate of Pakistan. He is one of the founding members of the Pakistan Peoples Party (PPP).

Additional Inspector General of Police Safwat Ghayur was a senior two-star police officer serving in the Khyber Pakhtunkhwa Province of Pakistan as commandant of the Frontier Constabulary. He was a respected police officer, and a leader in the country's fight against terrorism, he was martyred in a suicide attack by the Pakistani Taliban. 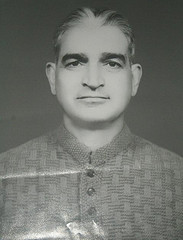 Khan Amirzadah Khan was a Khudai Khidmatgar and a leader of the National Awami Party in Pakistan. He was born on 15 November 1918 in the house of Khan Khoidad Khan at Bakhshali village, Mardan District in the province of Khyber Pakhtunkhwa formerly known as North West Frontier Province Khyber Pakhtunkhwa. He was an active participant of Khudai Khidmatgar Organization of Great freedom fighter KHAN ABDUL GHAFFAR KHAN since his student life, Amirzada Khan started active politics with National Awami Party and remained President of National Awami Party District Mardan until 1972 when he remained senior Minister of the province(Provincial Minister of Law, Education and Parliamentary Affairs).

In 2007, 34 terrorist attacks and clashes, including suicide attacks, killings, and assassinations, resulted in 134 casualties and 245 injuries, according to the PIPS security report. The report states that Pakistan faced 20 suicide attacks during 2007, which killed at least 111, besides injuring another 234 people. PIPS report shows visible increase in suicide attacks after Lal Masjid operation.

On 8 November 2006, a suicide bombing took place at Punjab Regiment Center in Dargai, Khyber Pakhtunkhwa, Pakistan that targeted Pak army. The attack left 42 soldiers dead while 20 others were wounded. Pakistan Taliban claimed responsibility of the attack.