The Wur or Wara (Pashto : ووړ‎), meaning small, little or minor, also known as Wur Mamund or Wara Mamund (Pashto : واړه / وړہ مَاموند‎), meaning small, little or minor Mamund or descendants/offspring/children of small, little, minor Mamund, are a Pashtun group. They are a division of the Mamund clan, which is itself part of the larger Tarkani tribe. The Wur are mainly settled in Bajaur Agency in Pakistan, but originally hailed from the Laghman province of Afghanistan. [1] [2] [3] [4] [5] [6] [7] 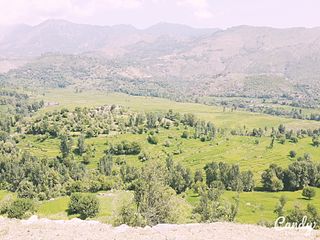 Swatis are a Pashtun tribe mostly inhabiting the Hazara District of Khyber Pakhtunkhwa province in Pakistan. They are mostly agricultural and are the biggest land owning tribe in Mansehra and Batagram Districts. Swatis are divided into four major tribal clans: Gabri (گبری), Mitravi (متراوی), Mumyaali (ممیالی) and Toar (ٹوڑ). The majority of them speak Pashto, but in towns like Mansehra, Balakot, Naran, Kaghan and Garhi Habibullah they also speak Hindko. Their code of conduct and customs are similar to Pashtunwali, called it Swatiwali. Swatis are sometimes referred to as Suwadis and Servatis. Most of them are Orthodox Muslims since Ghaznavid times and staunchly follow Hanafi school of Islamic jurisprudence. 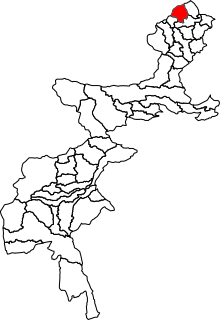 Yusuf Khel, along with the Daulat Khel, Khulozai, Maghdud Khel, Mahmud Khel, Mahsud Khel and Umar Khel, is a sub-division of the Kakazai, Tarkanis/Mamund tribe of the Pashtuns located in Afghanistan and Pakistan.