In Romania there are several spoken languages. Beside Romanian, the countrywide official language, other spoken languages are spoken and sometimes co-official at a local level. These languages include Hungarian, Romani, Ukrainian, German, Russian, Turkish, Tatar, Serbian, Slovak, Bulgarian, and Croatian.

According to the 2002 Romanian Census, Romanian is spoken by 91% of the population as a primary language. According to the Romanian Constitution [3] and the law 1206 of 2006 [4] the official language in Romania is Romanian both at the national and local level.

Officially and since 2013, the Romanian language has its own holiday, the Romanian Language Day, celebrated on every 31 August. A similar holiday, "Limba noastră" ("Our Language"), exists in Moldova. [5] [6]

After the fall of Romania's communist government in 1989, the various minority languages have received more rights, and Romania currently has extensive laws relating to the rights of minorities to use their own language in local administration and the judicial system.

While Romanian is the only official language at the national and local level, there are 14 other living languages in Romania. [7] The Romanian laws include linguistic rights for all minority groups that form over 20% of a locality's population based on the census from 1992. The list of such localities appears in the Government Decision nr. 1206/2001. [8] This includes the adoption of signage in minority languages, access to local administration, public services and justice systems. The right to receive education in that language is not restricted only to these settlements.

Hungarian is the largest minority language in Romania: the 2011 census listed 1,227,623 native Hungarian speakers in the country, or 6.1% of the total population. This minority largely lives in Transylvania, which was part of the Kingdom of Hungary until the end of World War I. (Northern Transylvania was part of Hungary again between 1940 and 1947) though there are Hungarian speaking minorities in other parts of the country as well.

Roma make up the second largest minority in Romania and 241,617 Romani speakers were reported in the 2002 census, or 1.1% of the total population. Dialects of Romani spoken include Balkan Romani, Vlax Romani, and Carpathian Romani. Romani is used in local signage, administration, education and justice in 79 communes and one town (Budești).

There are 57,593 Ukrainian speakers in Romania, mostly concentrated in Maramureș County, where they make up 6.67% of the population, but also in Suceava and Timiș counties. Ukrainians make up the majority in four communes: Bistra, Maramureș, Rona de Sus, Știuca and Copăcele.

There are many different groups of Germans in Romania, the largest of whom have historically been known as the Transylvanian Saxons and the Banat Swabians. Germans once constituted a much larger portion of the Romanian population than they do today, though they are still the fourth largest ethno-linguistic group. In 1938 there were 780,000, and in 1992 there were 111,301, but the 2002 census reported only 45,129 Germans. Since 1989 they have been represented by the Democratic Forum of Germans in Romania, which functions in the German language.

There are 29,890 Lipovans, ethnically Russian emigrants from the Russian Empire who left because of religious differences with the Russian Orthodox Church, in Romania. They mostly speak the Russian language, and most live in Tulcea County.

Turkish speakers make up 0.1% of the population, with a community of some 28,714 speakers. The Turkish speaking community is largely a legacy of the Ottoman rule of a large part of Romania. They live in the east parts of Romania (Constanța).

Tatars also make up roughly 0.1% of the Romanian population, with a community of 21,482 speakers. Most Crimean Tatars speak the Crimean Tatar language, and the greater part of the community lives in Constanța County.

The use of French developed among Romanian elites from the 18th century, and today around a quarter of Romanians have studied French. Since 1993, Romania has been a member of Organisation internationale de la Francophonie despite not having a native French-speaking population or ever being part of any French empire.

Limba noastră is the national anthem of Moldova. It has been used since 1994 and was officially adopted on 22 July 1995.

Moldovan, also known historically as Moldavian, is one of the two names of the Romanian language in the Republic of Moldova, prescribed by Article 13 of the current constitution. The other name, recognized by the Declaration of Independence of Moldova and the Constitutional Court of Moldova, is "Romanian". 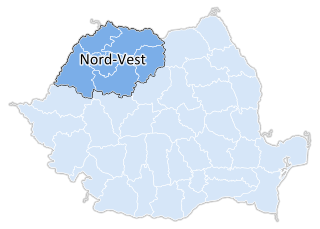 The Ukrainians are the third-largest ethnic minority in Romania. According to the 2011 Romanian census they number 51,703 people, making up 0.3% of the total population. Ukrainians claim that the number is actually 250,000–300,000. Ukrainians mainly live in northern Romania, in areas close to the Ukrainian border. Over 60% of all Romanian Ukrainians live in Maramureș County (31,234), where they make up 6.77% of the population.

The Romanian dialects are the several regional varieties of the Romanian language (Daco-Romanian). The dialects are divided into two types, northern and southern, but further subdivisions are less clear, so the number of dialects varies between two and occasionally twenty. Most recent works seem to favor a number of three clear dialects, corresponding to the regions of Wallachia, Moldavia, and Banat, and an additional group of varieties covering the remainder of Transylvania, two of which are more clearly distinguished, in Crișana and Maramureș, that is, a total of five.

The official language of Greece is Greek, spoken by 99% of the population. In addition, a number of non-official, minority languages and some Greek dialects are spoken as well. The most common foreign languages learned by Greeks are English, German, French and Italian.

The languages spoken in Hungary include Hungarian, recognized minority languages and other languages.

The official language of North Macedonia is Macedonian, while Albanian has co-official status. Macedonian is spoken by roughly two-thirds of the population natively and as a second language by much of the rest of the population. Albanian is the largest minority language. There are a further five national minority languages: Turkish, Romani, Serbian, Bosnian, and Aromanian. The Macedonian Sign Language is the country's official sign language.

The official state language of Moldova is Romanian which, under either name, is the native language of 82.2% of the population; it is also spoken as a primary language by other ethnic minorities. Gagauz, Russian, and Ukrainian languages are granted official regional status in Gagauzia and/or Transnistria. 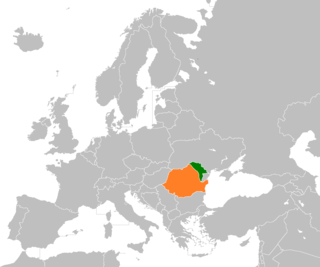 A controversy exists over the national identity and name of the native language of the main ethnic group in Moldova. The issue more frequently disputed is whether Moldovans constitute a subgroup of Romanians or a separate ethnic group. While there is wide agreement about the existence of a common language, the controversy persists about the use of the term "Moldovan language" in certain political contexts.

The official language of Bulgaria is Bulgarian, which is spoken natively by 85% of the country's population. Other major languages are Turkish (9.1%), and Romani (4.2%). There are smaller numbers of speakers of Western Armenian, Aromanian, Crimean Tatar, Gagauz and Balkan Gagauz, Macedonian and English. Bulgarian Sign Language has an estimated 37,000 signers.

The Romanian Language Day is a public holiday of Romania celebrated every 31 August for the Romanian language. It is a Romance language, being part of the same linguistic family as the French, Italian, Portuguese and Spanish languages. The holiday was first proposed in 2011, when MPs of the Romanian Parliament from all political parties submitted a request to the Senate to make 31 August the "Romanian Language Day". Earlier, in the same year, organizations and associations of Romanians in Bulgaria, Hungary, Serbia and Ukraine had already declared 31 August as such, starting to celebrate it in 2012 and asking the Romanian state to also recognize the holiday.