Blackhawk is an unincorporated planned community and census-designated place [3] located in Contra Costa County, California, United States, east of Danville and Oakland. As of the 2010 census it had a population of 9,354. [4] Governed by county rules/regulations and a homeowner association (HOA), Blackhawk has a country club, two golf courses, sports complex, restaurants, and the adjacent Blackhawk Plaza. 24-hour security plus additional law enforcement contracted through the Contra Costa County Sheriff's Office is provided by HOA dues. The area is covered by the San Ramon Valley Fire Protection District. The ZIP code is 94506. The community is inside area code 925. Blackhawk is known for its uniform architecture and suburban lifestyle, with the median household income being $167,875 and median home price of $1,117,500.

Blackhawk Ranch was established in 1917 by Ansel Mills Easton and his son-in-law William Q. Ward, in an area east of the San Ramon and Sycamore Valleys. The name came from a famous Irish racehorse named Blackhawk that Easton's family had once owned. The land passed through the hands of several owners, including Raymond Force (the owner of the Caterpillar Tractor Company), the Hawaii-based sugar and pineapple company Castle & Cooke and Howard Peterson (owner of Peterson Tractor). [5]

In 1975, Peterson sold the land to Florida developer Ken Behring, who planned a housing development of 4800 dwelling units over 4,200 acres (17 km2) of land. Critics charged that the plan would have various negative impacts, related to urban sprawl, environmental damage and violations of the County General Plan. A group of environmentalists and local residents called Amigos de Diablo organized against the Blackhawk Development Corporation, but were sued for libel. The Blackhawk Development Corporation finally reduced the number of homes planned to 2400 and offered more than 2,000 acres (8 km2) of open space to Mount Diablo State Park. [6]

In addition to Blackhawk, there are also numerous surrounding communities, including:

Opened in 1979, Blackhawk Country Club is a highly exclusive 4,800 acre (19 km2) country club community at the base of Mt. Diablo where luxurious residential neighborhoods are surrounded by thousands of acres of permanent open lands. Eagle Ridge Dr. gives way to a separate gate which leads to extremely exclusive estates, including the 28,673-square-foot (2,663.8 m2) Behring estate.

Blackhawk is mentioned in the hit song "Salvation" by the punk band Rancid, as a place "where all the rich people hide."

Blackhawk is also mentioned in The Lonely Island's short film The Unauthorized Bash Brothers Experience as the place where the titular Bash Brothers reside.

A further reference is made in the song "Spike" on the album Money Money 2020 by the group The Network which includes members from Green Day.

Blackhawk-Camino Tassajara is a former census-designated place (CDP) in Contra Costa County, California, near the town of Danville. The unincorporated area consisted of the Blackhawk planned community and the surrounding Camino Tassajara area. As of the 2000 census, the CDP's population was 10,048. The CDP was split between Blackhawk and Camino Tassajara prior to the 2010 census. 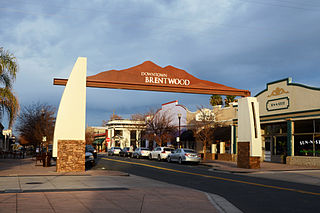 Clayton is a city in Contra Costa County, California, United States. The population was 10,897 as of the 2010 census.

Diablo is a census-designated place (CDP) in Contra Costa County, California, United States. The population was 1,158 at the 2010 census. It is located 2.5 miles (4.0 km) east-northeast of Danville.

Discovery Bay is a census-designated place (CDP) in eastern Contra Costa County, California in the United States, about 60 miles (97 km) from San Francisco. It is located in the East Bay region of the San Francisco Bay Area. As of 2010, its population was 13,352, a 48.7 percent gain from 8,981 at the 2000 census. 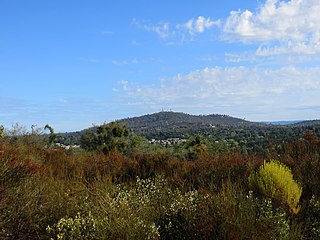 Cameron Park is a census-designated place (CDP) in El Dorado County, California, United States and is part of the Greater Sacramento Area. The population was 19,171 in the 2020 census, up from 18,228 in 2010. Cameron Park is a community located in the Northern California Gold Country of the Sierra Nevada foothills, approximately 30 miles (50 km) east of Sacramento and 70 miles (110 km) west of South Lake Tahoe.

Ridgemark is a census-designated place (CDP) located adjacent to the southeastern edge of Hollister in San Benito County, California, United States. The community is a private, gated golf development with a golf course and just over 1,000 homes. Development of the community began in the early 1970s, and the population had reached 3,016 at the time of the 2010 United States Census. 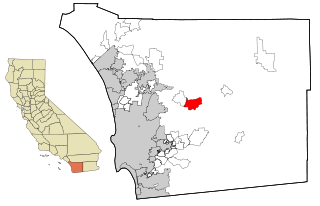 San Diego Country Estates, commonly referred to as the Estates, is a valley resort populace composed of several neighborhoods associated with the unincorporated community of Ramona, California. The Estates are a census-designated place in North County, a region of the San Diego metropolitan area. The Estates is just east of the North County city of Poway and southeast of Ramona; 38 miles (61 km) northeast of San Diego and 46 miles (74 km) from the regional center of Carlsbad. San Diego Country Estates had a population of 10,109 at the 2010 census, up from 9,262 at the 2000 census.

Whitfield, better known locally as Whitfield Estates, is a census-designated place (CDP) in Manatee County, Florida, United States. It is part of the North Port–Sarasota–Bradenton Metropolitan Statistical Area. It receives its mail from the Sarasota post office located in Sarasota County. 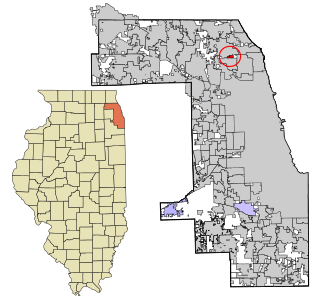 Golf is a village in Cook County, Illinois, United States, incorporated in 1928. As of the 2020 census, the village had a population of 514. The community is primarily residential, and has a dedicated police department, post office, and Metra train stop. 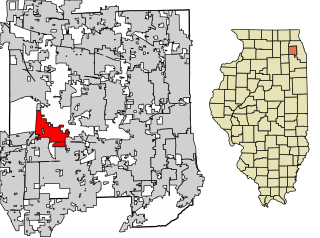 Warrenville is a near west suburb in DuPage County, Illinois, United States. At the 2010 census, the city had a total population of 13,140, which was estimated to have increased to 13,174 by July 2019. It is a part of the Chicago metropolitan area and the Illinois Technology and Research Corridor.

Rossmoor is an unincorporated community and census-designated place (CDP) located within Monroe Township in Middlesex County, New Jersey, United States. As of the 2010 United States Census, the CDP's population was 2,666. 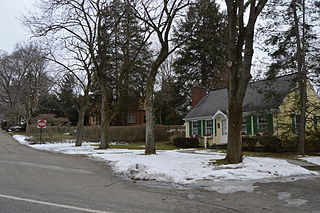 Ben Avon Heights is a borough in Allegheny County, Pennsylvania, United States, located on a hill above the Ohio River, 9 miles (14 km) from the city of Pittsburgh. The population was 371 at the 2010 census. 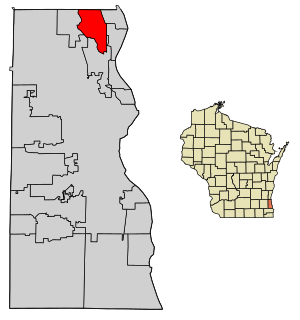 River Hills is a village in Milwaukee County, Wisconsin, United States. The population was 1,597 at the 2010 census. 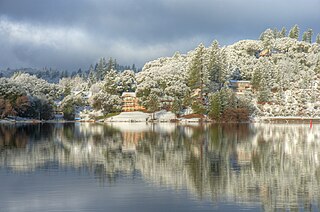 The Village of Loch Lloyd is a private gated resort-like community in northwestern Cass County, Missouri, United States, which lies adjacent the Kansas border on the south side of the Kansas City metropolitan area. The population was 600 at the 2010 census. It incorporated on September 3, 2003.

Diablo Grande is a census-designated place (CDP) in Stanislaus County, California. It is a gated bedroom community nestled in the Diablo Range, whence it gets its name. Diablo Grande sits at an elevation of 1,535 feet (468 m). It is about 9 miles (14 km) southwest of Patterson. The 2010 United States census reported Diablo Grande's population was 826. The 2018 estimated population was 1,200.