German-occupied Europe refers to the sovereign countries of Europe which were occupied and civil occupied including puppet government by the military forces and the government of Nazi Germany at various times between 1939 and 1945, during and shortly before World War II, generally administered by the Nazi regime. [1] The farthest east in Europe the German Wehrmacht managed to occupy was the town of Mozdok in the Soviet Union; the farthest north was the settlement of Barentsburg in the Kingdom of Norway; the farthest south in Europe was the island of Gavdos in the Kingdom of Greece; and the farthest west in Europe was the island of Ushant in the French Republic.

Several German-occupied countries initially entered World War II as Allies of the United Kingdom [2] or the Soviet Union. [3] Some were forced to surrender before outbreak of the war such as Czechoslovakia; [4] others like Poland (invaded on 1 September 1939) [1] were conquered in battle and then occupied. In some cases, the legitimate governments went into exile, in other cases the governments-in-exile were formed by their citizens in other Allied countries. [5] Some countries occupied by Nazi Germany were officially neutral. Others were former members of the Axis powers that were occupied by German forces at a later stage of the war. [6] [7]

The countries occupied included all, or most of the following:

The European theatre of World War II opened with the German invasion of Poland on Friday September 1, 1939, which was then followed by the Soviet invasion of Poland on September 17, 1939. In the face of overwhelming forces of opponents and the betrayal of its allies, the Polish Army was defeated after more than a month of fierce fighting. Poland never officially capitulated. After Poland had been overrun, a government-in-exile, armed forces, and an intelligence service were established outside of Poland. These organizations contributed to the Allied effort throughout the war. The Polish Army was recreated in the West, as well as in the East. 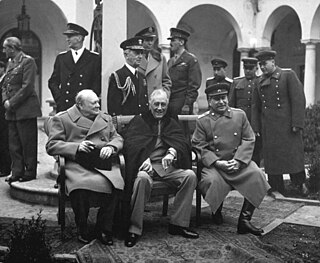 The history of Poland from 1939 to 1945 encompasses primarily the period from the invasion of Poland by Nazi Germany and the Soviet Union to the end of World War II. Following the German-Soviet non-aggression pact, Poland was invaded by Nazi Germany on 1 September 1939 and by the Soviet Union on 17 September. The campaigns ended in early October with Germany and the Soviet Union dividing and annexing the whole of Poland. After the Axis attack on the Soviet Union in the summer of 1941, the entirety of Poland was occupied by Germany, which proceeded to advance its racial and genocidal policies across Poland. Under the two occupations, Polish citizens suffered enormous human and material losses. According to the Institute of National Remembrance estimates, about 5.6 million Polish citizens died as a result of the German occupation and about 150,000 died as a result of the Soviet occupation. The Jews were singled out by the Germans for a quick and total annihilation and about 90% of Polish Jews were murdered as part of the Holocaust. Jews, Poles, Romani people and prisoners of many other ethnicities were killed en masse at Nazi extermination camps, such as Auschwitz, Treblinka and Sobibór. Ethnic Poles were subjected to both Nazi German and Soviet persecution. The Germans killed an estimated two million ethnic Poles. They had future plans to turn the remaining majority of Poles into slave labor and annihilate those perceived as “undesirable” as part of the wider Generalplan Ost. Ethnic cleansing and massacres of Poles and to a lesser extent Ukrainians were perpetrated in western Ukraine from 1943. The Poles were murdered by Ukrainian nationalists. 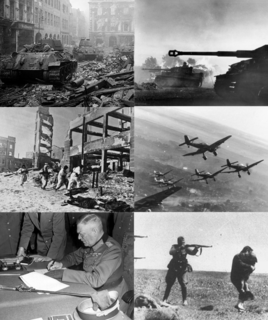 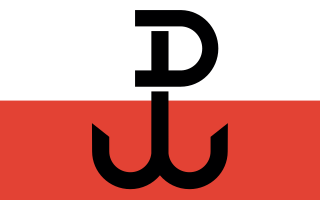 The military alliance between the United Kingdom and Poland was formalised by the Anglo-Polish Agreement in 1939, with subsequent addenda of 1940 and 1944, for mutual assistance in case of a military invasion from Germany, as specified in a secret protocol. 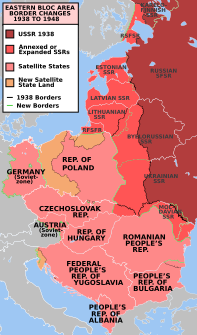 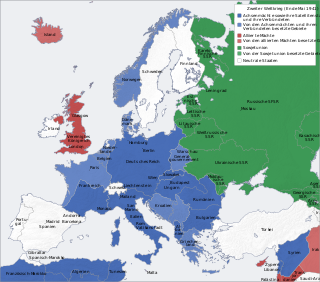 The Soviet offensive plans controversy is a debate among historians whether Soviet leader Joseph Stalin planned to attack Axis forces in Eastern Europe prior to Operation Barbarossa. Most historians agree that the geopolitical differences between the Soviet Union and the Axis made war inevitable, and that Stalin had made extensive preparations for war and exploited the military conflict in Europe to his advantage. Viktor Suvorov has argued that Stalin planned to attack Hitler from behind while Germany fought the Allies, and Barbarossa was a preemptive strike by Hitler. Many historians have written in response to Suvorov's views. Gabriel Gorodetsky and David Glantz authored books refuting his claims. Suvorov received some support from Valeri Danilov, Joachim Hoffmann, Mikhail Meltyukhov, and Vladimir Nevezhin.

The occupation of Poland by Nazi Germany and the Soviet Union during World War II (1939–1945) began with the German-Soviet invasion of Poland in September 1939, and it was formally concluded with the defeat of Germany by the Allies in May 1945. Throughout the entire course of the foreign occupation, the territory of Poland was divided between Germany and the Soviet Union (USSR) with the intention of eradicating Polish culture and subjugating its people by occupying German and Soviet powers. In summer-autumn of 1941, the lands annexed by the Soviets were overrun by Germany in the course of the initially successful German attack on the USSR. After a few years of fighting, the Red Army drove the German forces out of the USSR and across Poland from the rest of Central and Eastern Europe.