The New Zealand National Party leadership election was an election for the National leadership position in 1986.

The National Party, led by Robert Muldoon, had lost the 14 July 1984 general election to the New Zealand Labour Party in a landslide. In November 1984, Muldoon was challenged for the party leadership by four candidates; Jim McLay and Jim Bolger were the two main challengers and McLay was successful, taking leadership from 29 November 1984.

McLay offered Muldoon the role of Overseas Trade spokesperson, ranked at number ten of the caucus and the same post that Keith Holyoake had held after he had stepped down as National's leader. Barry Gustafson, the biographer of Muldoon and the author of the National Party's history The first 50 years, believes that had Muldoon accepted, National would have avoided the difficulties that it faced in 1985. [1] As it was, McLay struggled to get much traction with the media, while Muldoon was seen as the go-to person, all the while criticising the leadership. [2]

In November 1985, McLay demoted Muldoon to the bottom rank in caucus, [3] and Muldoon-supporter Merv Wellington to the second-lowest rank. [4] Muldoon then openly challenged McLay and called for his removal. [4] When Muldoon was asked whether he was going to be a thorn in National's side, he famously replied: "No, just a little prick." [5] [6] An upcoming leadership challenge before year's end was discussed by the media, and lists of supporters of McLay and his possible successor, Bolger, were printed. The issue came to a head when at the 5 December 1985 caucus meeting, McLay asked three times whether anybody wanted to add anything to the agenda, including the question of leadership. Nobody did, and those caucus members who had stirred the media were reprimanded. [7]

McLay moved his front bench around in February 1986. Some of his supporters were promoted, whilst George Gair and Bill Birch were demoted. Gair had made it known in December that he would like to become deputy to Bolger if the challenge had been successful, and Birch was an admirer of Muldoon and a close friend of Bolger. [8]

Following their demotion, Gair and Birch contacted most of the 38 caucus members for their support of Bolger, and they obtained the signatures of 25 members under a letter. Together with the chief whip, Don McKinnon, they presented the letter to McLay on Wednesday, 26 March 1986. A caucus meeting was hastily arranged for later that morning. Ruth Richardson cancelled a meeting in Auckland and flew back to Wellington. Simon Upton was in the South Island and although the police got involved, he could not be located. [8]

Bolger received a clear majority at the caucus meeting, [8] with the support of Muldoon and his supporters. In return, Bolger promoted Muldoon to the front bench, and the former prime minister became National's spokesperson for foreign affairs. [3] [9] Gair was elected deputy leader at the meeting in preference to Ruth Richardson. [8]

National lost the 1987 election, but Bolger remained leader and became Prime Minister when the party won in 1990.

Sir Robert David Muldoon was a New Zealand politician who served as the 31st Prime Minister of New Zealand, from 1975 to 1984, while Leader of the National Party. 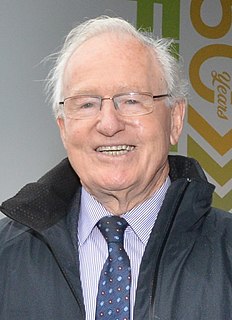 James Brendan Bolger is a New Zealand politician of the National Party who was the 35th Prime Minister of New Zealand, serving from 1990 to 1997.

Ruth Richardson is a New Zealand retired politician of the National Party who served as Minister of Finance from 1990 to 1993. Her 1991 budget, which she dubbed the "Mother of all Budgets", formed the catalyst of her economic reforms known in the media as "Ruthanasia". 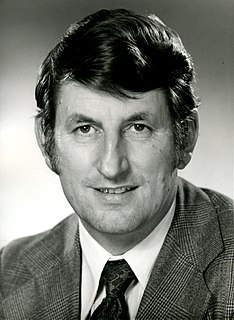 Sir William Francis Birch, usually known as Bill Birch, is a New Zealand retired politician. He served as Minister of Finance from 1993 to 1999 in the fourth National Government. 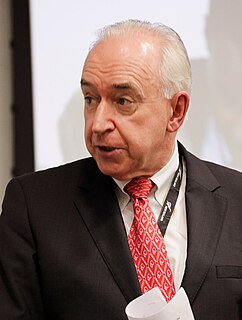 Sir James Kenneth McLay is a New Zealand diplomat and former politician. He served as the Deputy Prime Minister from 15 March to 26 July 1984. McLay was also Leader of the National Party and Leader of the Opposition from 29 November 1984 to 26 March 1986. Following his ousting as party leader, he retired from parliamentary politics in 1987. In June 2009, he became New Zealand's Permanent Representative to the United Nations. In May 2015, McLay became New Zealand's Representative to the Palestinian Authority. From May 2016 to January 2017, he was New Zealand's Consul General in Honolulu.

George Frederick Gair was a New Zealand politician. He was once deputy leader of the National Party in the New Zealand Parliament, and was considered by many to be a possible contender for the leadership itself. He was known for his polite and diplomatic style, which often contrasted with the political situation around him – Michael Laws described him as "a refugee from the age of manners."

Derek Francis Quigley is a former New Zealand politician. He was a prominent member of the National Party during the late 1970s and early 1980s, and was known for his support of free market economics and trade liberalisation. Quigley left the National Party after clashing with its leadership, and later co-founded the ACT party.

Sir Brian Edward Talboys was a New Zealand politician who served as Deputy Prime Minister for the first two terms of Robert Muldoon's premiership. If the abortive "Colonels' Coup" against Muldoon had been successful, Talboys would have become Prime Minister himself.

The 41st New Zealand Parliament was a term of the Parliament of New Zealand. Its composition was determined by the 1984 elections, and it sat until the 1987 elections.

Barry Selwyn Gustafson is a New Zealand political scientist and historian, and a leading political biographer. He served for nearly four decades as Professor of Political Studies at the University of Auckland, and as Acting Director of the New Zealand Asia Institute from 2004 to 2006. He has contested various general elections, first for the Labour Party and later for the National Party, coming second each time. 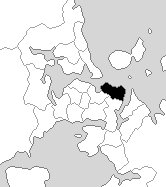 New Zealand political leader Jim McLay assembled a "shadow cabinet" system amongst the National caucus following his election to the position of Leader of the Opposition in 1984. He composed this of individuals who acted for the party as spokespeople in assigned roles while he was Leader of the Opposition (1984–86). McLay was plagued by interference from previous leader Robert Muldoon, who was denied a place on National's frontbench which he desired, unlike McLay who wished him to retire to the backbenches as an 'elder statesmen'. 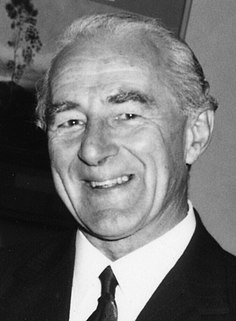