Lotus is a motor yacht, launched in 1909 in Seattle, Washington. [1] Lotus was employed as a pleasure vessel on Puget Sound, and in the waters of British Columbia and southeastern Alaska. Lotus was of a unique design and is now on the National Register of Historic Places.

Lotus was built in 1908-1909 at Seattle, Washington for Maurice McMicken (1860-1940), a lawyer and businessman. The vessel was launched in May 1909, and was at that time the largest privately owned motor yacht on the west coast of the United States. The yacht was designed by naval architects Lee and Brinton, and constructed by Joseph A. Sloane. The yacht had accommodations for a party of 10 as well as a crew of four. The yacht carried enough fuel to have a range of 1,500 miles (2,400 km). [2]

Lotus was listed on the National Register of Historic Places in 1987. [5] It is now maintained by the Motor Vessel Lotus Foundation, a non-profit, all-volunteer organization, and is moored in the Historic Ships Wharf at the Center for Wooden Boats in Seattle, Washington. [6]

Lake Washington steamboats and ferries operated from about 1875 to 1951, transporting passengers, vehicles and freight across Lake Washington, a large lake to the east of Seattle, Washington. Before modern highways and bridges were built, the only means of crossing the lake, other than the traditional canoe or rowboat, was by steamboat, and, later, by ferry. While there was no easily navigable connection to Puget Sound, the Lake Washington Ship Canal now connects Lake Washington to Lake Union, and from there Puget Sound is reached by way of the Hiram M. Chittenden Locks.

For the passenger steamer that sank in 1901, see SS Islander

C.C. Cherry was a small steam tug and general utility vessel that worked on Puget Sound from 1896 to 1930.

Hector was a small steam vessel built in Roche Harbor, Washington in 1897. The vessel was worked as a cannery tender and a tug boat in the San Juan Islands and on Puget Sound from 1897 to 1913.

El Primero is a steam yacht that was built in 1893. This vessel was once considered one of the most luxurious yachts on the West Coast of the United States, and was one of the few steam yachts to be operated on Puget Sound. The yacht has since been converted to diesel, but it remained operational as of 2010.

West Seattle was a side-wheel driven steam-powered ferry built in 1907. 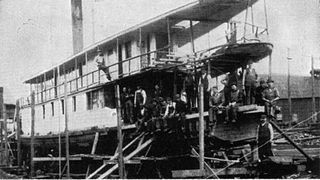 Camano was a steamboat built in 1906 at Coupeville, Washington which operated on Puget Sound from 1906 to 1917. Camano was later known as Tolo. As Tolo the vessel was sunk in 1917 as a result of a collision at sea. Four people died as a result.

Atlanta was a steamboat built in 1908 at Houghton, Washington which served on Lake Washington and Puget Sound until 1938, when it was converted into a diesel-powered houseboat.

Suquamish, built in 1914, was the first diesel-engined passenger vessel in the United States. Much later Suquamish was converted to a commercial fishing vessel and was registered as a Canadian vessel under the name Terry.

Eagle was a passenger steamboat built in 1900 which served on Puget Sound until it was destroyed by fire. 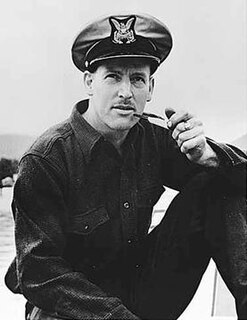 Joe D. Williamson was a sailor and a maritime photographer and historian who worked in the Puget Sound region.

Speeder was a motor launch built in 1908 which served on Puget Sound and in the San Juan Islands. From 1908 to 1922 this vessel was named Bainbridge.

Cutch was a steamship built in 1884 in Hull, England. The ship served as a pilgrimage vessel and a yacht in India from 1884 to 1890, then as a steamship in British Columbia from 1890 to 1900 under the ownership of the Union Steamship Company. The ship was wrecked in August 1900, then salvaged and registered in the United States as Jessie Banning. In 1902 the ship was transferred to the navy of Colombia where it was armed with cannon and served in the Colombian navy as the gunboat Bogota. Bogota shelled the city of Panama on November 3, 1903 during the secession of Panama from Colombia.

Aquilo was a steam yacht which was built in Boston in 1901 for William Phelps Eno, a wealthy man who was the inventor of the stop sign. In 1910, Eno sold Aquilo and the yacht was brought to the west coast of North America, where it was operated principally in Puget Sound and coastal British Columbia. Aquilo had a long succession of wealthy owners. In 1966, the yacht caught fire and sank while en route from Seattle to Los Angeles.

The steamboat Acme operated on Lake Washington and also on the Sammamish Slough to Bothell, Washington from 1899 to 1910, when it was destroyed by fire.

The launch Falcon operated in Puget Sound and nearby regions, and also on Lake Washington during the first part of the 1900s. The wreck of this vessel has been discovered in Lake Washington not far from Kirkland and is in good condition under 190 feet (58 m) of water. This vessel should not be confused with the steam tug Falcon built in Tacoma, Washington in 1902.

The steamboat Arcadia, built in 1929, was one of the last commercial steamboats placed into service on Puget Sound. The vessel later served as a prison tender under the name J.E. Overlade, and after that, as Virginia VI, as an excursion vessel.