It is estimated that there are one million Romani people in the United States, occasionally known as American Gypsies. Though the Romani population in the United States has largely assimilated into American society, the largest concentrations are in Southern California, the Pacific Northwest, Texas and the Northeast as well as in cities such as Chicago and St. Louis. [1] [2]

The size of the Romani American population and the absence of a historical and cultural presence, such as the Romani have in Europe, make Americans largely unaware of the existence of the Romani as a people. [1] The term's lack of significance within the United States prevents many Romani from using the term around non-Romani: identifying themselves by nationality rather than heritage. [3]

The linguistic evidence has indisputably shown that roots of Romani language lie in India: the language has grammatical characteristics of Indian languages and shares with them a big part of the basic lexicon, for example, body parts or daily routines. [10]

More exactly, Romani shares the basic lexicon with Hindi and Punjabi. It shares many phonetic features with Marwari, while its grammar is closest to Bengali. [11]

Genetic findings in 2012 suggest the Romani originated in northwestern India and migrated as a group. [5] [6] [12] According to a genetic study in 2012, the ancestors of present scheduled tribes and scheduled caste populations of northern India, traditionally referred to collectively as the Ḍoma, are the likely ancestral populations of modern European Roma. [13]

In February 2016, during the International Roma Conference, the Indian Minister of External Affairs stated that the people of the Roma community were children of India. The conference ended with a recommendation to the Government of India to recognize the Roma community spread across 30 countries as a part of the Indian diaspora. [14]

Migration to the US

Romani slaves were first shipped to the Americas with Columbus in 1498. [15] Spain sent Romani slaves to their Louisiana colony between 1762 and 1800. [16] The Romanichal, the first Romani group to arrive in North America in large numbers, moved to America from Britain around 1850. Eastern European Romani, the ancestors of most of the Romani population in the United States today, began immigrating to the United States on a large scale over the latter half of the 19th century coinciding with the weakening grip of the Ottoman Empire and the Ottoman Wars in Europe in the 19th century, which ultimately culminated in the Russo-Turkish War (1877–1878), freeing many ethnic Eastern Europeans from Ottoman dominance and producing new waves of Romani immigrants. 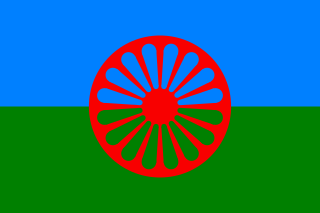 The Romani people, also known as the Roma, are an Indo-Aryan people group, traditionally nomadic itinerants living mostly in Europe, as well as diaspora populations in the Americas.

Boyash or Bayash refers to a Romani ethnic group living in Romania, southern Hungary, northeastern and northwestern Croatia, western Vojvodina, Slovakia, the Balkans, but also in the Americas. Alternative names are Rudari (Ludari), Lingurari and Zlătari.

Romanichal Travellers are a Romani subgroup within the United Kingdom and other parts of the English-speaking world. There are an estimated 200,000 Romani in the United Kingdom; almost all live in England. Most Romanichal speak Angloromani, a mixed language that blends Romani vocabulary with English syntax.

Romani people constitute one of Romania's largest minorities. According to the 2011 census, their number was 621,000 people or 3.3% of the total population, being the second-largest ethnic minority in Romania after Hungarians. There are different estimates about the size of the total population of people with Romani ancestry in Romania, varying from 4.6 per cent to over 10 per cent of the population, because many people of Romani descent do not declare themselves Roma. For example, the Council of Europe estimates that approximately 1.85 million Roma live in Romania, a figure equivalent to 8.32% of the population.

The Romani people, also referred to depending on the sub-group as Roma, Sinti or Sindhi, or Kale are an Indo-Aryan ethnic group, who live primarily in Europe. They originated in northwest regions of the India and left sometime between the 6th and 11th century to work in Middle Eastern courts of their own volition, or as slaves. A small number of nomadic groups were cut off from their return to the subcontinent by conflicts and moved west, eventually settling in Europe, the Byzantine Empire and North Africa via Iran. 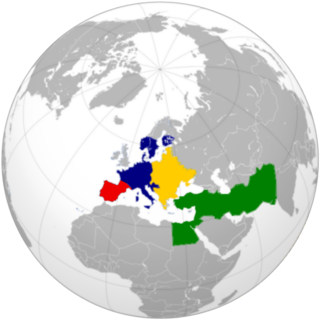 The Kalderash are a subgroup of the Romani people. They were traditionally coppersmiths and metal workers and speak a number of Romani dialects grouped together under the term Kalderash Romani, a sub-group of Vlax Romani. 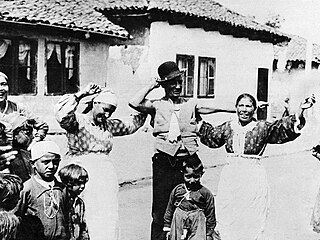 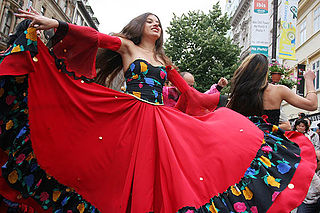 Romani people are an ethnic minority in the Czech Republic, currently Roma making up 2–3% of the population. Originally migrants from North Western India sometime between the 6th and 11th centuries, they have long had a presence in the region. Since the creation of Czechoslovakia in 1918, the Romani population have experienced considerable hardship, having been a main target of Nazi extermination programs during World War II, and the subject of forced relocation, sterilisation, and other radical social policies during the Communist era. In the successor state, the Czech Republic, challenges remain for the Romani population with respect to education and poverty, and there are frequent tensions with the white majority population over issues including crime and integration. 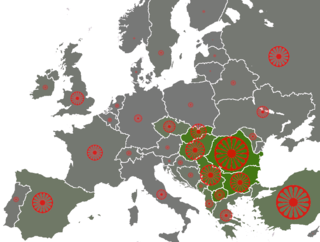 The Roma people have several distinct populations, the largest being the Roma and the Iberian Calé or Caló, who reached Anatolia and the Balkans in the early 12th century, from a migration out of the Indian subcontinent beginning about 1st century - 2nd century AD. They settled in the areas of present-day Turkey, Greece, Serbia, Romania, Croatia, Moldova, Bulgaria, North Macedonia, Hungary, Albania, Kosovo, Bosnia and Herzegovina, Czech Republic, Slovenia and Slovakia, by order of volume, and Spain. From the Balkans, they migrated throughout Europe and, in the nineteenth and later centuries, to the Americas. The Roma population in the United States is estimated at more than one million.

The presence of a Romani minority in Ukraine was first documented in the early 14th century. Romani maintained their social organizations and folkways, shunning non-Romani contacts, education and values, often as a reaction to anti-Romani attitudes and persecution. They adopted the language and faith of the dominant society being Orthodox in most of Ukraine, Catholic in Western Ukraine and Zakarpattia Oblast, and Islam in Crimea. 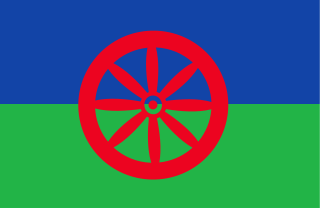 The number of Romani people in Ireland is roughly estimated, as the Central Statistics Office collects its data based on nationality and not ethnic origin. For this reason a precise demographic profile of the Romani in Ireland is not available. Some estimates of Romani in Ireland give the population at 1,700 in 2004 rising to between 2,500 and 3,000 in 2005 with the majority originating Romani people in Ukraine and from Hungary.

The Romani people in Turkey are Sunni muslims who speak Turkish as their first language and take the Turkish culture. The majority of the Turkish Romani live in Istanbul, East Thrace and the İzmir Province. The name Roman/Romanlar comes from the Turkish Doğu Roman İmparatorluğu. They are also called Şoparlar and Çingene.

Romani people in France, generally known in spoken French as gitans, tsiganes or manouches, are an ethnic group that originated in Northern India. Exact numbers of Romani people in France are unknown—estimates vary from 20,000 to 400,000. According to these estimates, at least 12,000 Romani live in unofficial urban camps throughout the country, with French authorities often attempting to close them. 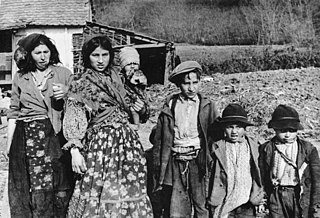 There have been Romani people in Croatia for more than 600 years and they are concentrated mostly in the northern regions of the country. 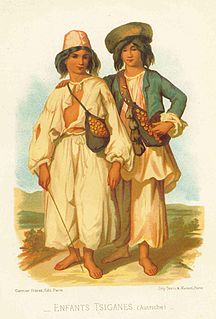 The Romani are an ethnic group that has lived in Austria since the Middle Ages. According to the 2001 census, there were 6,273 Romani speakers in Austria, or less than 0.1% of the population. Estimations count between 10,000 and 25,000. A more recent estimation count between 40,000 and 50,000 Romani people or about 0.5%. Most indigenous Romani people in Austria belong to the Burgenland-Roma group in East-Austria. The majority live in the state of Burgenland, in the city of Oberwart and in villages next to the District of Oberwart. The Burgenland-Roma speak the Vlax Romani language.

The Romani people in Canada are citizens of Canada who are of Romani descent. According to the 2011 Census there were 5,255 Canadians who claimed Romani (Gypsy) ancestry. 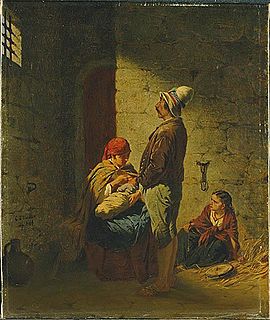 Romani people in Germany are estimated to around 170,000-300,000, constituting around 0.2-0.4% of the population. One-third of Germany Romani belong to the Sinti group. The majority of Romani in Germany lack German citizenship. Most speak German or Sinte Romani.

Albania houses a large population of Romani, who are part of the larger Romani diaspora.