Television in Hong Kong is primarily in Cantonese and English. It is delivered through analogue and digital terrestrial, cable, IPTV, and the Internet. Satellite TV is not common, although many housing estates have dishes and re-distribute a limited number of free channels through coaxial cables. The dominant broadcaster is TVB and ViuTV.

Hong Kong's television history began with the launch of Rediffusion Television (RTV) on 29 May 1957 (later renamed as Asia Television (ATV)). RTV started off as a bilingual cable subscription TV service but became a free-to-air terrstTV broadcaster in 1973, with 2 separate English and Cantonese TV channels. In April 2016, the Executive Council decided not to renew ATV's broadcast licence and its channels closed.

On September 2, 1958, terrestrial television was first received in Hong Kong after cable television on May 29, 1957 following the launch of Peking Television (PTV) in Mainland China. Broadcasting from Beijing (Peking) (which is the capital city of China) behind the Bamboo Curtain, Peking Television has the largest free-to-air terrestrial coverage in the entire Greater China region. It was also carried on Rediffusion cable system for the wired radio and TV distribution in Hong Kong from 1958 to 1973.

Television Broadcasts Limited (TVB) was the territory's first free-to-air commercial station (launching in 1967) and remains the predominant TV broadcaster today with multiple Cantonese channels and one English channel, on analogue and digital.

A short-lived network, known as Commercial Television, opened in 1975 and operated for about three years until its bankruptcy (see 1970s in Hong Kong).

Government owned Radio Television Hong Kong (RTHK) (a radio broadcaster from 1949) starting making TV programmes in 1976 - to be aired on TVB and ATV and later on HKCTV and Now TV. In 2016, RTHK took over the analogue frequency of ATV and now also has its own digital channels

HKTVE, commonly known as ViuTV started broadcasting in 2016, on digital only, with a Cantonese channel and an English channel.

In May 2017, Fantastic Television started digital free-to-air broadcasting, but after a year they moved their content to HKCTV.

There is also an Internet television and VOD channel called Hong Kong Television Network (HKTV, owned by City Telecom) which was launched in 2014 and can be viewed on smart TVs, set-top boxes, personal computers, smartphones and tablet computers.

Television in Hong Kong is not subject to China's regulatory or 'content' control and is under the purview of the Communications Authority in Hong Kong.

Hong Kong was not required to follow China's DTT standard, [1] but the Hong Kong government nevertheless opted to use DMB-T/H (now known as DTMB) as the digital terrestrial television broadcast standard in 2004 [2] (hence rejecting the DVB-T standard originally proposed in 1998 and trialled in 2000). [3] The official start of DTT broadcasting was at 7pm on 31 December 2007 as the first digital TV signal transmitter in Tsz Wan Shan went online.

In October 2007, both broadcasting companies agreed to use the MPEG2 video standard for broadcasting free-to-air channels (TVB Jade, ATV Home, TVB Pearl and ATV World); the H.264 video codec was implemented for all DTT-only channels. [4]

All major transmitters were completed by 2008, covering at least 75 percent of the Hong Kong population. [5] The current coverage reaches 99% of the population. [6] Full digital television broadcasts began on 1 December 2020, [7] postponed from the originally planned date in 2015.

Starting 1 December 2021, six digital television channels (being TVB Jade, ViuTVsix, ViuTV, RTHK TV 31, RTHK TV 32 and RTHK TV 33) will transit from frequencies in the 600/700 MHz bands to the 500 MHz band to support and boost telecommunication services for applications like 5G networks as well as improving network coverage. A six-month transition stage from 1 April will simulcast TV channels on both existing and new frequencies to smoothen the transition. [8] [9] 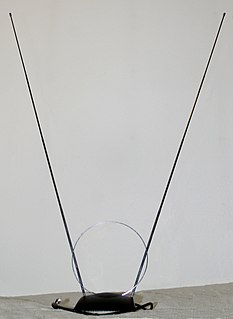 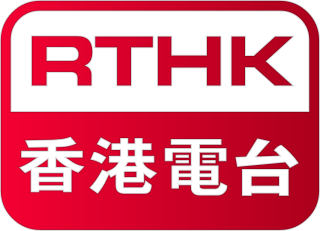 Radio Television Hong Kong (RTHK) is the public broadcasting service in Hong Kong. GOW, the predecessor to RTHK, was established in 1928 as the first broadcasting service in Hong Kong. As a government department under the Commerce and Economic Development Bureau of the Hong Kong Government that directly supported by annual government funding, RTHK's educational, entertainment, and public affairs programmes are broadcast on its seven radio channels and three television channels, as well as commercial television channels. 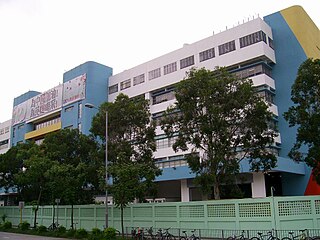 TVB Jade, or simply Jade, is a Hong Kong Cantonese-language free-to-air television channel owned and operated by Television Broadcasts Limited (TVB) as its flagship service, alongside its sister network, the English-language TVB Pearl. Broadcasting started on 19 November 1967. It is headquartered at TVB City at the Tseung Kwan O Industrial Estate in Tseung Kwan O, in the Sai Kung District. Primarily broadcasting entertainment programming, TVB Jade has historically been the most dominant television channel in the region in terms of viewership, with its closest competitor having been the now-defunct ATV Home. 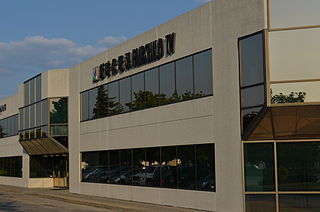 Fairchild TV or FTV is a Canadian Cantonese language exempt specialty channel. It is owned by Fairchild Group, with Hong Kong broadcaster TVB holding a 20% minority stake. Fairchild TV has studios in the Greater Toronto Area and Greater Vancouver.

Commercial Television was the third free-to-air broadcast television station in Hong Kong. It first went on air in 1975, and ceased transmissions in 1978.

Educational Television (ETV) is a series of educational television programmes jointly produced by Radio Television Hong Kong and the Education Bureau of Hong Kong. ETV has been an auxiliary means for teaching the primary and secondary school curriculum on television since the early 1970s. 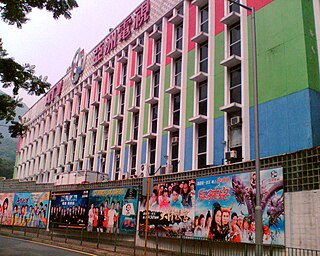 ATV World, was one of two free-to-air English language television channels in Hong Kong, the other being its arch-rival TVB Pearl. Its sister station, ATV Home, broadcast in Cantonese language. It is owned and operated by Asia Television, and was broadcast from the ATV Enterprises Office at 25–37 Dai Shing Street in Tai Po Industrial Estate in Tai Po, which is in the Tai Po District, in the North East region of Hong Kong's New Territories. 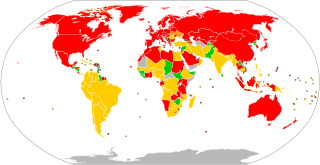 ATV Home was a free-to-air Cantonese television channel in Hong Kong, owned and operated by Asia Television. It was formed in September 1963 as a result of the split of the bilingual Rediffusion Television subscription service into dedicated Cantonese and English-language services. In 1969, the broadcaster was granted a license for over-the-air broadcasting.

RTHK TV 31 is a 24-hour Chinese-language free-to-air television channel in Hong Kong, owned by RTHK. It is one of RTHK's three channels alongside RTHK TV 32 and RTHK TV 33 on digital terrestrial television as part of the latter's expansion. All RTHK TV channels are funded by the administration every year.