Speed limits on all roads are 50 km/h, unless indicated otherwise by road signs. Usually, higher speed limits such as 70 km/h and 80 km/h have been raised to facilitate traffic flow along main roads and trunk roads. On most expressways, speed limits have been raised to 80 km/h and 100 km/h due to the smooth geometry and 110 km/h for North Lantau Highway, while some expressways such as Island Eastern Corridor and Tuen Mun Road have been restricted to 70 km/h because of its long existence and/or geometrical constraints. Typically, the highest speed limit in all tunnels and suspension bridges is 80 km/h, while for other roads such as toll plaza areas and slip roads that do not lead to other expressways the speed limits are recommended to be reduced to the default 50 km/h speed limit.

In 2004, a new strategic route marking system was put in place, with most existing routes renumbered and exits to key places or to another route also numbered. (For example, a journey from Yau Ma Tei to the airport uses Route 3, taking Exit 5 to join Route 8. It is therefore identified as "3-5-8".) Routes 1 to 3 are cross-harbour north-south routes following the order in which the harbour tunnels were opened. Routes 4, 5, 7 and 8 run east-west, numbered from south to north. Route 9 circumscribes the New Territories. Route 10 runs from western New Territories from Route 9 and bends northward towards and passes the border to Shenzhen. However, the new system has caused some confusion to drivers used to relying on destination signs.

The routes are designated as follows:

There are approximately 158.7 kilometres (98.6 mi) of expressways in Hong Kong. The following list is sorted by length:

The Transport Department has designated about 22 km of road length as exclusive "bus lanes", out of approximately 2,000 km of accessible roads.

The traffic CAM online provides near real-time road conditions for all major road users, as well as facilitating monitoring of traffic. There are about 115 closed-circuit cameras located on the routes to provide monitoring of traffic flow. Congestion is heaviest in Kowloon and along the northern shore of Hong Kong Island, where most cameras are located. 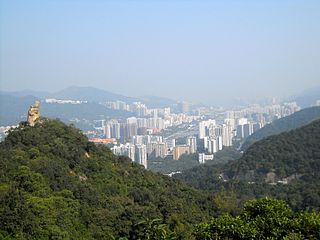 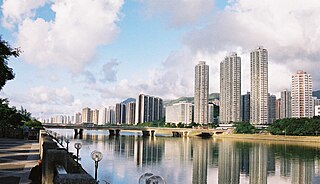 The Lunar New Year Fair, also known as the flower market, is a type of fair held annually a few days before Lunar New Year in Chinese New Year markets in China. These fairs are primarily practiced by the Cantonese, and spread with Cantonese immigration. 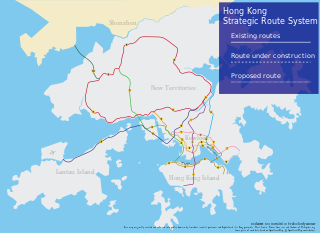