ASTM International, formerly known as American Society for Testing and Materials, is an international standards organization that develops and publishes voluntary consensus technical standards for a wide range of materials, products, systems, and services. Some 12,575 ASTM voluntary consensus standards operate globally. The organization's headquarters is in West Conshohocken, Pennsylvania, about 5 mi (8.0 km) northwest of Philadelphia.

It is founded in 1902 as the American Section of the International Association for Testing Materials (see also International Organization for Standardization).

A group of scientists and engineers, led by Charles Dudley, formed ASTM in 1898 to address the frequent rail breaks affecting the fast-growing railroad industry. The group developed a standard for the steel used to fabricate rails. Originally called the "American Society for Testing Materials" in 1902, it became the "American Society for Testing And Materials" in 1961. In 2001, ASTM officially changed its name to “ASTM International" and added the tagline "Standards Worldwide". In 2014, it changed the tagline to "Helping our World Work better". Now, ASTM International has offices in Belgium, Canada, China, Peru, Washington, D.C., and West Conshohocken, PA. [1] [2]

On June 9th, 2022, it was announced that the European Committee for Standardization (CEN) and ASTM International have agreed to extend and expand a Technical Cooperation Agreement from 2019. [3]

Membership in the organization is open to anyone with an interest in its activities. [4] Standards are developed within committees, and new committees are formed as needed, upon request of interested members. Membership in most committees is voluntary and is initiated by the member's own request, not by appointment nor by invitation. Members are classified as users, producers, consumers, and "general interest". The latter includes academics and consultants. Users include industry users, who may be producers in the context of other technical committees, and end-users such as consumers. In order to meet the requirements of antitrust laws, producers must constitute less than 50% of every committee or subcommittee, and votes are limited to one per producer company. Because of these restrictions, there can be a substantial waiting-list of producers seeking organizational memberships on the more popular committees. Members can, however, participate without a formal vote and their input will be fully considered.

ASTM International has no role in requiring or enforcing compliance with its standards. The standards, however, may become mandatory when referenced by an external contract, corporation, or government. [5]

Standardization or standardisation is the process of implementing and developing technical standards based on the consensus of different parties that include firms, users, interest groups, standards organizations and governments. Standardization can help maximize compatibility, interoperability, safety, repeatability, or quality. It can also facilitate a normalization of formerly custom processes. In social sciences, including economics, the idea of standardization is close to the solution for a coordination problem, a situation in which all parties can realize mutual gains, but only by making mutually consistent decisions.

A standards organization, standards body, standards developing organization (SDO), or standards setting organization (SSO) is an organization whose primary function is developing, coordinating, promulgating, revising, amending, reissuing, interpreting, or otherwise contributing to the usefulness of technical standards to those who employ them. Such an organization works to create uniformity across producers, consumers, government agencies, and other relevant parties regarding terminology, product specifications, protocols, and more. Its goals could include ensuring that Company A's external hard drive works on Company B's computer, an individual's blood pressure measures the same with Company C's sphygmomanometer as it does with Company D's, or that all shirts that should not be ironed have the same icon on the label.

The CSA Group is a standards organization which develops standards in 57 areas. CSA publishes standards in print and electronic form, and provides training and advisory services. CSA is composed of representatives from industry, government, and consumer groups.

The Snell Memorial Foundation is a nonprofit organization created to provide a high quality standard of safety for helmets. Founded in 1957, the foundation is named after William "Pete" Snell, a popular sports car racer who died in 1956 of head injuries he received when the racing helmet he wore failed to protect his head. A group of friends, scientists, physicians, and others joined together to create a group that would promote research and education as well as test and develop standards to improve the effectiveness of helmets. 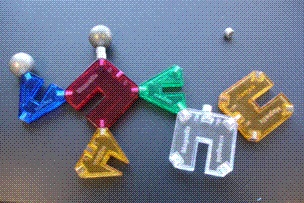 Toy safety is the practice of ensuring that toys, especially those made for children, are safe, usually through the application of set safety standards. In many countries, commercial toys must be able to pass safety tests in order to be sold. In the U.S., some toys must meet national standards, while other toys may not have to meet a defined safety standard. In countries where standards exist, they exist in order to prevent accidents, but there have still been some high-profile product recalls after such problems have occurred. The danger is often not due to faulty design; usage and chance both play a role in injury and death incidents as well.

An independent test organization is an organization, person, or company that tests products, materials, software, etc. according to agreed requirements. The test organization can be affiliated with the government or universities or can be an independent testing laboratory. They are independent because they are not affiliated with the producer nor the user of the item being tested: no commercial bias is present. These "contract testing" facilities are sometimes called "third party" testing or evaluation facilities. 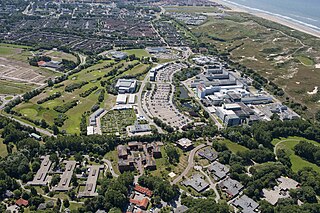 The European Cooperation for Space Standardization (ECSS) is a collaboration between the European Space Agency (ESA), the European space industry represented by Eurospace, and several space agencies, to develop and maintain a coherent, single set of user-friendly standards for use in all European space activities. Established in 1993 following a call by Eurospace to unify space products assurance standardization on a European level, it was officially adopted by the ESA on 23 June 1994 through the resolution ESA/C/CXIII/Res.1, to replace its own Procedures, Specifications and Standards (PSS) system. The ECSS currently has 139 active standards, forming the ECSS system. These standards cover management, engineering, product assurance, and space sustainability disciplines. The ECSS is managed by the ESA Requirement and Standard Division, based in the European Space Research and Technology Centre (ESTEC) in Noordwijk, the Netherlands. The ECSS maintains connections with multiple European and international standardization organizations, to contribute to standardization and to adopt relevant standards as part of the ECSS system.

ETSI is an independent, not-for-profit, standardization organization in the field of information and communications. ETSI supports the development and testing of global technical standards for ICT-enabled systems, applications and services.

A technical standard is an established norm or requirement for a repeatable technical task which is applied to a common and repeated use of rules, conditions, guidelines or characteristics for products or related processes and production methods, and related management systems practices. A technical standard includes definition of terms; classification of components; delineation of procedures; specification of dimensions, materials, performance, designs, or operations; measurement of quality and quantity in describing materials, processes, products, systems, services, or practices; test methods and sampling procedures; or descriptions of fit and measurements of size or strength.

The Nordic Institute of Dental Materials AS (NIOM AS) is a Nordic Cooperative Body for dental biomaterials. The Institute’s activities in research, materials testing, standardisation and research-based consulting are directed towards dental health services and health authorities in the Nordic countries. The Institute is owned jointly by NORCE and the Norwegian Ministry of Health and Care Services. Activities are financed by the Nordic Council of Ministers and the Nordic ministries for health services. Materials testing and consulting services also generate income. As a joint Nordic resource center, NIOM collaborates with dental schools and research institutions and provides services to government health authorities, dental professionals, and the public in the Nordic countries in the field of dental biomaterials.

ASTM International's Committee on Cannabis (D37) began developing technical standards for cannabis stakeholders in 2017. The committee was formed after a January conference hosted by American Public Health Association, an organizational meeting on Feb. 28 at ASTM International's global headquarters in West Conshohocken, Pennsylvania, and approval by the organization's board of directors on April 25. Americans for Safe Access (ASA) and many other organizations are partnering with ASTM International to develop seed-to-consumer quality standards that ASA say they hope become mandatory. D37 includes several subcommittees: indoor and outdoor horticulture and agriculture; quality management systems; laboratory; processing and handling; security and transportation; and personnel training, assessment, and credentialing.