The purpose of pressurisation ductwork is to maintain positive pressure in critical areas, to prevent smoke penetrating from neighboring areas. It is typically used in protected stairways, corridors, fire fighting shafts and lobbies.

Typically, pressurisation ductwork is subjected to demonstrable product certification on the basis of fire testing (for example, ISO 6944). In the United States, additional hose-stream testing (only for a separate firestop test with only a 30cm or 1' length of duct exposed, is required to achieve product certification.

There are two means of providing fire-resistance rated ductwork:

The use of drywall shaft-wall systems has been common for many years. 3-D full scale fire testing (e.g., ISO 6944) resulted in the first certification listing for an inherently fire-resistant duct. Drywall systems were tested as flat walls, but not as a three-dimensional solution surrounding a real duct with four corners. Shaft-wall systems are tested to the same standards as all other fire barriers, such as ASTM E119 and ULC S101.

In Europe, where ISO 6944 originated, rock-wool systems, calcium silicate and sodium silicate bound and pressed vermiculite, as well as the proprietary Durasteel systems, have been in use for decades. 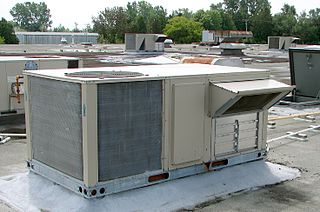 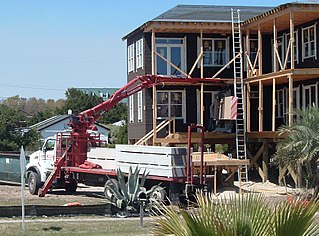 A kitchen hood, exhaust hood, or range hood is a device containing a mechanical fan that hangs above the stove or cooktop in the kitchen. It removes airborne grease, combustion products, fumes, smoke, heat, and steam from the air by evacuation of the air and filtration. In commercial kitchens exhaust hoods are often used in combination with fire suppression devices so that fumes from a grease fire are properly vented and the fire is put out quickly. Commercial vent hoods may also be combined with a fresh air fan that draws in exterior air, circulating it with the cooking fumes, which is then drawn out by the hood.

A sound attenuator, or duct silencer, sound trap, or muffler, is a noise control acoustical treatment of Heating Ventilating and Air-Conditioning (HVAC) ductwork designed to reduce transmission of noise through the ductwork, either from equipment into occupied spaces in a building, or between occupied spaces.

A fire alarm system warns people when smoke, fire, carbon monoxide or other fire-related emergencies are detected. These alarms may be activated automatically from smoke detectors, and heat detectors or may also be activated via manual fire alarm activation devices such as manual call points or pull stations. Alarms can be either motorized bells or wall mountable sounders or horns. They can also be speaker strobes which sound an alarm, followed by a voice evacuation message which warns people inside the building not to use the elevators. Fire alarm sounders can be set to certain frequencies and different tones including low, medium and high, depending on the country and manufacturer of the device. Most fire alarm systems in Europe sound like a siren with alternating frequencies. Fire alarm electronic devices are known as horns in the United States and Canada, and can be either continuous or set to different codes. Fire alarm warning devices can also be set to different volume levels. 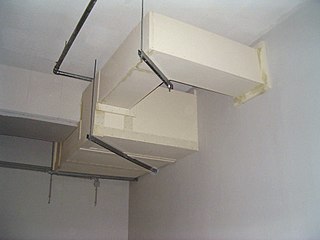 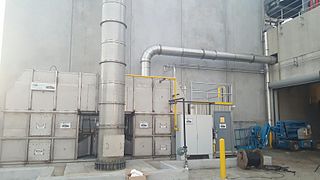 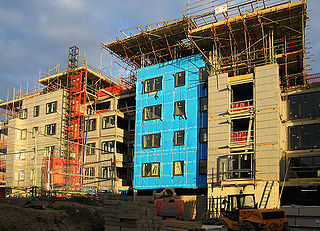 Building insulation materials are the building materials which form the thermal envelope of a building or otherwise reduce heat transfer. 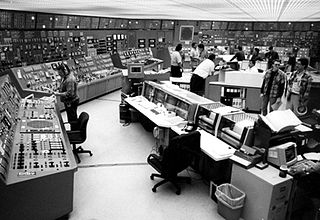 The Dalmarnock fire tests are a series of fire experiments that were conducted in a real high-rise building in the United Kingdom. 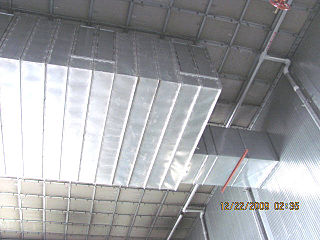 Smoke exhaust ductwork, in Europe, is typically protected via passive fire protection means, subject to fire testing and listing and approval use and compliance. It is used to remove smoke from buildings, ships or offshore structures to enable emergency evacuation as well as improved firefighting. In North America, fireproofed ductwork may be used for the purpose of smoke exhaust, but it is more common to use unfireproofed return air ductwork, whereby no fire testing or listings are employed to qualify the ductwork for this use. Evidence of this North American practice can be found in the 2010 National Building Code of Canada, 3.2.8.8. Mechanical Exhaust System, as well as Sections 909.16.2 and 910 of the 2015 International Building Code.

Smoke dampers are passive fire protection products used in air conditioning and ventilation ductwork or installed in physical smoke barriers. This may be done to prevent the spread of smoke from the space of fire origin to other spaces in the same building. A combination of fans and dampers can exhaust smoke from an area while pressurizing the smoke-free areas around the affected area. It may also be used to maintain the required concentration of a fire suppression clean agent in a space, as installed in supply air ducts to restrict the introduction of air into the space, and as installed in return or exhaust air ducts to restrict the depletion of the clean agent from the space. Smoke dampers are usually installed by sheet metal contractors. 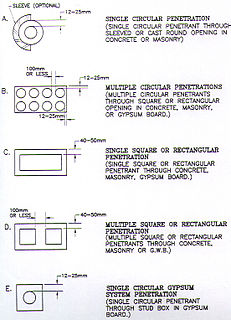