Last updated November 19, 2022
Film longer than a short subject but shorter than a feature film
Not to be confused with feature.

In the American film industry, a featurette is a kind of film that is shorter than a full-length feature, but longer than a short film. The term may refer to either of two types of content: a shorter film or a companion film.

A featurette is a film usually of three to four reels in length, or about 22–43 minutes in running time,[ citation needed ] thus longer than a two-reel short subject but shorter than a feature film. Hence, it is a "small feature" (the ending "-ette" is a common diminutive suffix derived from French [1] ), and in fact featurettes were sometimes called "streamlined features". Featurette was commonly used from before the start of the sound era into the 1960s, when films of such length as the Hal Roach's Streamliners —and several French films of that length—ceased being made, or were made as experimental or art films and subsumed under the more general rubric of short film.[ citation needed ] Some featurettes are still being produced, notably the action comedy Kung Fury , which runs only 31 minutes.

After the advent of DVD technology, the term also gained the meaning of "a brief documentary film covering one or more aspects of the film creation process". [2] [3] In DVD features descriptions, the term "featurette" usually refers to "behind-the-scenes"–type bonus material such as documentaries on special effects, set design, or cast and crew interviews.[ citation needed ]

Look up featurette in Wiktionary, the free dictionary. 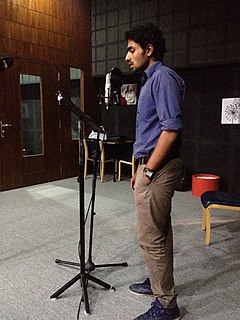 A feature film or feature-length film is a narrative film with a running time long enough to be considered the principal or sole presentation in a commercial entertainment program. The term feature film originally referred to the main, full-length film in a cinema program that included a short film and often a newsreel. Matinee programs, especially in the US and Canada, generally also included cartoons, at least one weekly serial, and typically a second feature-length film on weekends.

A blooper is a short clip from a film or video production, usually a deleted scene, containing a mistake made by a member of the cast or crew. It also refers to an error made during a live radio or TV broadcast or news report, usually in terms of misspoken words or technical errors. The term blooper was popularized in the 1950s and 1960s in a series of record albums produced by Kermit Schafer entitled Pardon My Blooper, in which the definition of a blooper is thus given by the record series' narrator: "Unintended indiscretions before microphone and camera." 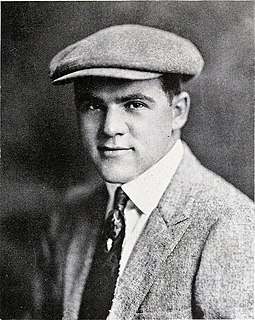 Harry Eugene "Hal" Roach Sr. was an American film and television producer, director, and screenwriter, who was the founder of the namesake Hal Roach Studios. 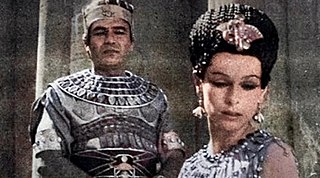 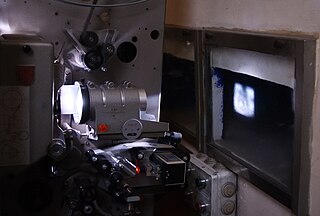 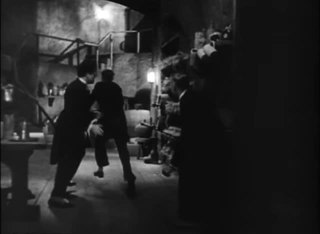 A trailer is a commercial advertisement, originally for a feature film that is going to be exhibited in the future at a movie theater/cinema. It is a product of creative and technical work. 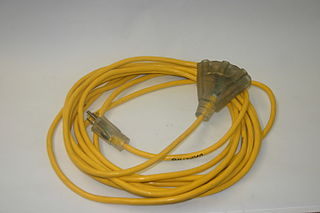 An extension cord (US), power extender, drop cord, or extension lead (UK) is a length of flexible electrical power cable (flex) with a plug on one end and one or more sockets on the other end. The term usually refers to mains extensions but is also used to refer to extensions for other types of cabling. If the plug and power outlet are of different types, the term "adapter cord" may be used. Most extension cords range from around two to thirty feet in length although they are made up to 300 feet in length.

A reel is an object around which a length of another material is wound for storage. Generally a reel has a cylindrical core and flanges around the ends to retain the material wound around the core. In most cases the core is hollow in order to pass an axle and allow the reel to rotate like a wheel, and crank or handles may exist for manually turning the reel.

In cinema, behind-the-scenes (BTS), also known as the making-of, the set, or on the set, is a type of documentary film that features the production of a film or television program. This is often referred to as the EPK video, due to its main usage as a promotional tool, either concurrent with theatrical release or as a bonus feature for the film's DVD or Blu-ray release.

In women's clothing, a corselet or corselette is a type of foundation garment, sharing elements of both bras and girdles. It extends from straps over the shoulders down the torso, and stops around the top of the legs. It may incorporate lace in front or in back. As an undergarment, a corselet can be open-style or panty-style.

A deleted scene is footage that has been removed from the final version of a film or television show. There are various reasons why these scenes are deleted, which include time constraints, relevance, quality or a dropped story thread. A similar occurrence is offscreen, in which the events are unseen. 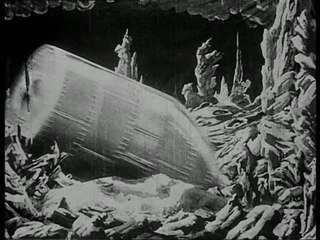 A film – also called a movie, motion picture, moving picture, picture or photoplay – is a work of visual art that simulates experiences and otherwise communicates ideas, stories, perceptions, feelings, beauty, or atmosphere through the use of moving images. These images are generally accompanied by sound and, more rarely, other sensory stimulations. The word "cinema", short for cinematography, is often used to refer to filmmaking and the film industry, and to the art form that is the result of it.

Hal Roach's Streamliners are a series of featurette comedy films created by Hal Roach that are longer than a short subject and shorter than a feature film, not exceeding 50 minutes in length. Twenty of the 29 features that Roach produced for United Artists were in the streamliner format. They usually consisted of five 10-minute reels.

World Wide Adventures is a generalized name applied to Warner Bros. live-action short films of the 1960s. Usually, the trade magazines like BoxOffice only listed the one-reelers under this heading, with the longer films simply dubbed “specials.” For the most part, this was a handy marketing logo for a wide range of shorts of the documentary genre.

Technicolor Special was a common term used for Hollywood studio produced color short films of the 1930s and 1940s that did not belong to a specified series.

Warner Featurettes were an imprint for featurettes released by Warner Brothers.