Last updated September 05, 2021
For other uses, see Mandrel (disambiguation).
Not to be confused with Mandrill or Mandrell.

A mandrel, mandril, or arbor is a gently tapered cylinder against which material can be forged or shaped (e.g., a ring mandrel used by jewelers to increase the diameter of a wedding ring), or a flanged or tapered or threaded bar that grips a workpiece to be machined in a lathe. A flanged mandrel is a parallel bar of a specific diameter with an integral flange towards one end, and threaded at the opposite end. Work is gripped between the flange and a nut on the thread. A tapered mandrel (often called a plain mandrel) has a taper of approximately 0.005 inches per foot and is designed to hold work by being driven into an accurate hole on the work, gripping the work by friction. A threaded mandrel may have a male or female thread, and work which has an identical thread is screwed onto the mandrel.

In addition to lathes, arbors are used to hold buffing wheels, circular saws, and sanding discs. Typically, these mandrels consist of a cylinder that is threaded on one end. There are many different types of mandrels for specialized applications. Examples include live chuck mandrels, live bull ring mandrels, and dead bull ring mandrels.

An example of one type of mandrel is a shaped bar of metal inserted in, or next to, an item to be machined or bent in a certain pattern, e.g. in tube drawing. Exhaust pipes for automobiles are frequently bent using a mandrel during manufacture. The mandrel allows the exhaust pipes to be bent into smooth curves without undesirable creasing, kinking, or collapsing. Molten glass may be shaped in this way as well. Another example of this type of mandrel is found in jewelry manufacturing, where ring and bracelet mandrels are used to shape metal into a desired size and shape, using a tiny hammer to beat the metal against the mandrel. A type of mandrel is also used in making reeds for double reed instruments such as the bassoon or oboe. [1]

Another type of mandrel is the chuck that a lathe uses to hold pieces of wood, metal or plastic to be machined as they are turned. In this way, rods can be threaded, furniture legs are turned to have aesthetic patterns, and irregularly-shaped objects can be given a round shape. There are several types of mandrels used with lathes. Original expanding mandrels have a slightly tapered wedge that will expand to hold the item.

The third type of mandrel discussed here is that which is used to hold circular saw blades, buffing wheels (used for polishing), and sanding discs onto drills, circular saws, and similar power tools. A mandrel of this type generally consists of a cylinder, threaded on one end, with a washer brazed onto the threaded end and an accompanying screw and second washer used to clamp the circular saw blade, sanding media, or other rotary tool onto the mandrel.

Mandrels are also used in industrial composite fabrication such as in filament winding. During the manufacturing process, resin-impregnated filaments are wound around a mandrel to create a composite material structure or part. The structure is cured and the mandrel is removed. One problem with this type of process is that the mandrel can be very difficult to remove once the part has been cured. As a result, engineers have created a new type of mandrel that has the ability to change shape and be easily extracted. [2] When heated above a certain temperature, the mandrel becomes elastic and can be manipulated into the desired shape and then cooled to become rigid again in the new shape. It can then be used in the filament winding process. Once the composite part is cured, the mandrel can be reheated until elastic and easily removed from the cured part. These types of mandrels can be used repeatedly. [3]

In the production of steel core used for flexible drives, the centre wire upon which the subsequent layers are wound is referred to as a Mandrel. This "centre wire" may itself be composed of either a single wire or layers, depending on the sizing of the finished product.

A hole saw usually attaches to a mandrel, the latter being basically a drill bit with threads to secure the saw.

Mandrels are not recent inventions. Metal machining utilizing the spinning process has been recorded as far back as ancient Egyptian times. In metal spinning, a wood or metal spinning mandrel is used, the form of which corresponds with the internal contour of the part to be produced. This method securely clamps the raw material and allows for accurate machining into the desired final form. Since the material is clamped internally, there is no interference to the operator from the lathe/mandrel assembly during production.

The traversing mandrel was introduced[ where? ] around 1700, and instantiated the design of a lathe mandrel able to slide axially in its bearings under the control of the operator, so that components having short lengths of thread could be produced, such as screws. The traversing mandrel was primarily employed by clockmakers and ornamental turners during this era. Eventually the device was superseded by a mandrel-driven device called a leadscrew , which uses a train of gears that can be altered as required for the turning application. 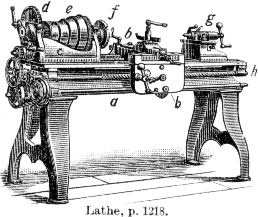 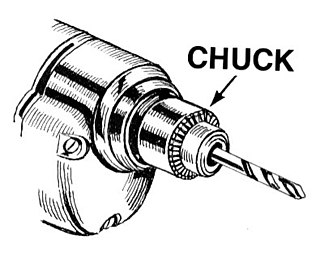 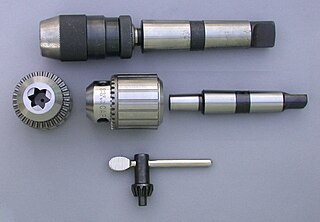 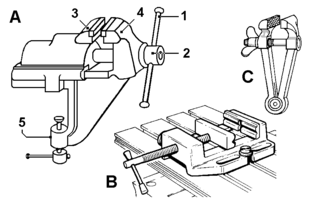 A vice or vise is a mechanical apparatus used to secure an object to allow work to be performed on it. Vises have two parallel jaws, one fixed and the other movable, threaded in and out by a screw and lever. 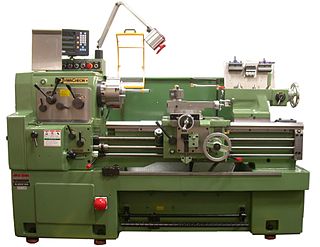 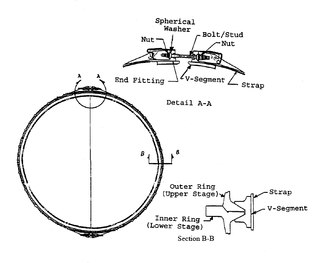 A Marman clamp is a type of heavy-duty band clamp; it allows two cylindrical objects to be clamped together end-to-end with a ring clamp. It is sometimes also known as a "Marman ring". It consists of a circular strap with an interior V-shaped groove. Tension is applied to the strap with a threaded bolt and nuts connecting to the ends of the strap. As the tension increases, the V-groove wedges over flanges on the circular parts to be assembled, providing the force that holds the ends of the two cylinders together. The Marman clamp is an alternative to a bolted flange connection which would be heavier and require more labor to connect. Another variety uses a flat strap, used where systems carry low pressure or to hold a cylindrical object in position. 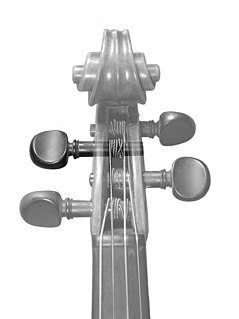