Last updated September 10, 2021
For the settlement, see Sefton, Merseyside.
This article is about the local government district. For other uses, see Sefton.
Metropolitan borough in England

The Metropolitan Borough of Sefton is a metropolitan borough of Merseyside, England. It was formed on 1 April 1974, [1] by the amalgamation of the county boroughs of Bootle and Southport, the municipal borough of Crosby, the urban districts of Formby and Litherland, and part of West Lancashire Rural District. It consists of a coastal strip of land on the Irish Sea which extends from Southport in the north to Bootle in the south, and an inland part to Maghull in the south-east, bounded by the city of Liverpool to the south, the Metropolitan Borough of Knowsley to the south-east, and West Lancashire to the east.

It is named after Sefton, near Maghull. When the borough was created, a name was sought that would not unduly identify the borough with any of its constituent parts, particularly the former county boroughs of Bootle and Southport. The area had strong links with both the Earl of Sefton and the Earl of Derby, resident of Knowsley Hall, [2] and the adjacent borough was subsequently named Knowsley. A Sefton Rural District covering some of the villages in the district existed from 1894 to 1932. [3]

The combined authority has effectively become the top-tier administrative body for the local governance of the city region and the leader of Sefton Council, along with the five other leaders from neighbouring local government districts, take strategic decisions over economic development, transport, employment and skills, tourism, culture, housing and physical infrastructure. [4]

In July 2015, negotiations took place between the UK national government and the combined authority over a possible devolution deal to confer greater powers on the region, including whether to introduce an elected 'Metro Mayor' to oversee the entire metropolitan area. [5]

The existence of Sefton has been an ongoing local controversy, especially in Southport, where local Members of Parliament (MPs) and councillors have campaigned for separation from Bootle and the possible inclusion of the town as a district in the non-metropolitan county of Lancashire. [6] It was highlighted after the 2012 local government election that different regions in Sefton had vastly different socio-economic backgrounds and needs. There are high levels of poverty around the Bootle area and central Southport. [7]

The council has 66 councillors, three for each of the borough's 22 wards:

As of April 2021 [update] , the council is composed of 41 Labour councillors, 12 for The Liberal Democrat and Progressive Alliance Group, six Conservatives, and five for The Independents Group. There are two vacancies. [8]

The borough has a strong income from tourism, most of whom visit the Aintree Grand National, the most valuable horse race in Europe, Anthony Gormley's Another Place at Crosby Beach and Southport. Birkdale is also home to the Royal Birkdale Golf Club which has played host to the Open Championship, Ryder Cup, Walker Cup and Curtis Cup. [9]

This is a chart of trend of regional gross value added of Sefton at current basic prices published (pp. 240–53) by Office for National Statistics with figures in millions of British Pounds Sterling.

Towns and villages in Sefton

The following people, military units and Organisations and Groups have received the Freedom of the Borough of Sefton. 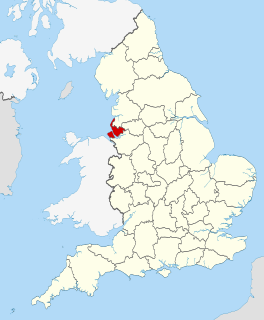 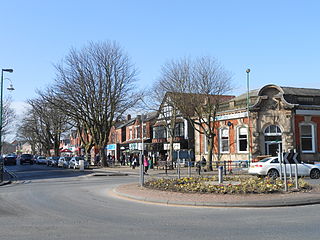 Formby is a town and civil parish in the Metropolitan Borough of Sefton, Merseyside, England, which had a population of 22,419 at the 2011 Census.

Crosby is a coastal town in the Metropolitan Borough of Sefton, Merseyside, England. Historically in Lancashire, it is north of Bootle, south of Southport and Formby and west of Netherton. 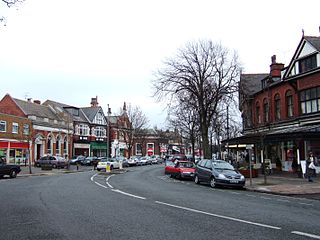 Birkdale is an area of Southport, within the Metropolitan Borough of Sefton, Merseyside, though historically in Lancashire, in the north-west of England. The area is located on the Irish Sea coast, approximately a mile away from the centre of Southport. From 1894 to 1912, Birkdale and the adjoining suburb/village of Ainsdale were administered by Birkdale Urban District Council before becoming part of the county borough of Southport. Until 1 April 1974, Birkdale lay in the traditional borders of the county of Lancashire. At the 2001 census, the local government ward called Birkdale had a population of 12,265. The population of the area at the 2011 Census is shown under Birkdale (ward) (qv). Other parts of Birkdale are included in Dukes ward—which contains a significant part of the village centre and the Royal Birkdale Golf Club—Kew and Ainsdale wards. 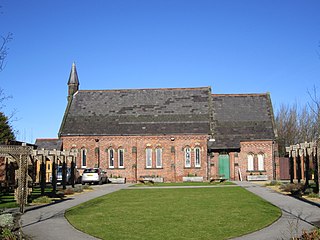 Ainsdale is an area of Southport in the borough of Sefton, Merseyside, England, situated three miles south of the centre of Southport. In the Historic County of Lancashire, at the 2001 Census it had a population of 12,723. By the time of the 2011 census, only figures for Ainsdale (ward) were available.

Netherton is an area of the Metropolitan Borough of Sefton, in Merseyside, England.

A civil parish is a country subdivision, forming the lowest unit of local government in England. There are 22 civil parishes in the ceremonial county of Merseyside, most of the county being unparished; Liverpool and Wirral are completely unparished. At the 2001 census, there were 177,663 people living in the parishes, accounting for 13.0 per cent of the county's population. 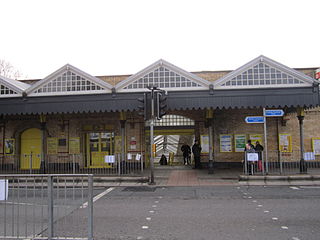 The Liverpool, Crosby and Southport Railway (LC&SR) received parliamentary authorization on 2 July 1847 and opened between Southport and Liverpool, on 24 July 1848. The Liverpool terminal was a temporary station on the viaduct passing near to Waterloo Goods station. 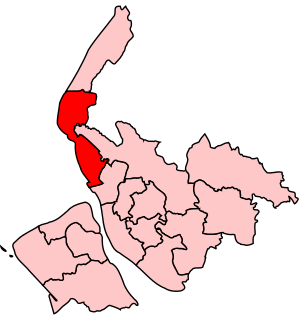 Crosby was a constituency in Merseyside, represented in the House of Commons of the Parliament of the United Kingdom from 1950 until 2010. It elected one Member of Parliament (MP) by the first past the post system of election.

Knowsley North and Sefton East was a county constituency represented in the House of Commons of the Parliament of the United Kingdom. It elected one Member of Parliament (MP) by the first past the post system of election.

The Southport & Cheshire Lines Extension Railway was an early British railway company operating in the then county of Lancashire. It was constructed to link the Cheshire Lines Committee railway at Aintree to Southport. It operated from 1884 to 1952. 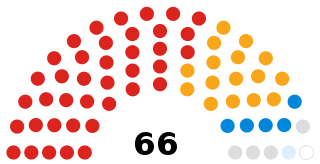 South Lancashire is a geographical county area, used to indicate the southern part of the historic county of Lancashire, today without any administrative purpose. The county region has no exact boundaries but generally includes areas that form the West Derby Hundred and the Salford Hundred, both of which formed the South Lancashire parliament constituency from 1832. This constituency was further divided in 1868 forming the South East Lancashire and South West Lancashire constituencies. Today the area is still recognized by the government and organisations, including the National Health Service. South Lancashire includes the cities of Manchester and Liverpool. 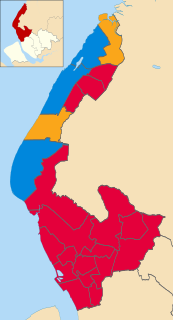 The 2021 Sefton Metropolitan Borough Council election took place on 6 May 2021 to elect members of Sefton Council in England. This was on the same day as other local elections. One-third of the seats were up for election, with two wards electing two councillors.