This is a list of bodies that regulate standard languages, often called language academies. Language academies are motivated by, or closely associated with, linguistic purism and prestige, and typically publish prescriptive dictionaries, [1] which purport to officiate and prescribe the meaning of words and pronunciations. A language regulator may also have a more descriptive approach, however, while maintaining and promoting (but not imposing) a standard spelling. Many language academies are private institutions, although some are governmental bodies in different states, or enjoy some form of government-sanctioned status in one or more countries. There may also be multiple language academies attempting to regulate and codify the same language, sometimes based in different countries and sometimes influenced by political factors (see also: pluricentric language).

Many world languages have one or more language academies. However, the degree of control that the academies exert over these languages does not render the latter controlled natural languages in the sense that the various kinds of "simple English" (e.g. Basic English, Simplified Technical English) or George Orwell's fictional Newspeak are. They instead remain natural languages to a considerable extent and are thus not formal languages such as Attempto Controlled English. They have a degree of standardization that allows them to function as standard languages (e.g. standard French). The English language has never had a formal regulator anywhere, outside of private productions such as the Oxford Dictionary.

Esperanto and Ido have been constructed (or planned) by a person or small group, before being adopted and further developed by communities of users through natural language evolution.

Bodies such as the Akademio de Esperanto look at questions of usage in the light of the original goals and principles of the language.

The auxiliary language Interlingua has no regulating body, as its vocabulary, grammar, and orthography are viewed as a product of ongoing social forces. In theory, Interlingua therefore evolves independent from any human regulator. Interlingua's vocabulary is verified and recorded by dynamically applying certain general principles to an existing set of natural languages and their etymologies. The International Auxiliary Language Association ceased to exist in 1954, and according to the secretary of Union Mundial de Interlingua "Interlingua doesn't need its Academy". [11]

These bodies do not attempt to regulate any language in a prescriptive manner and are primarily concerned with aiding and advising the government on policies regarding language usage. 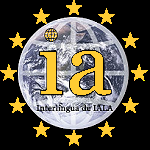 Interlingua is an Italic international auxiliary language (IAL), developed between 1937 and 1951 by the International Auxiliary Language Association (IALA). It ranks among the top most widely used IALs, and is the most widely used naturalistic IAL – in other words, those IALs whose vocabulary, grammar and other characteristics are derived from natural languages, rather than being centrally planned. Interlingua was developed to combine a simple, mostly regular grammar with a vocabulary common to the widest possible range of western European languages, making it unusually easy to learn, at least for those whose native languages were sources of Interlingua's vocabulary and grammar. Conversely, it is used as a rapid introduction to many natural languages.

In neuropsychology, linguistics, and the philosophy of language, a natural language or ordinary language is any language that has evolved naturally in humans through use and repetition without conscious planning or premeditation. Natural languages can take different forms, such as speech or signing. They are distinguished from constructed and formal languages such as those used to program computers or to study logic. 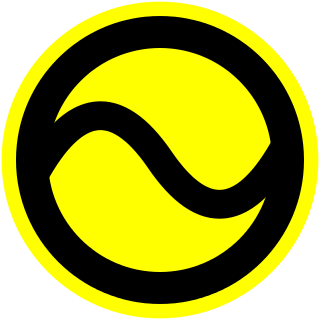 Interlingue, known until 1949 as Occidental, is an international auxiliary language created by Edgar de Wahl, a Baltic German naval officer and teacher from Tallinn, Estonia, and published in 1922. The vocabulary is based on already existing words from various languages and a system of derivation using recognized prefixes and suffixes.

Linguistic prescription, or prescriptive grammar, is the attempt to establish rules defining preferred or correct usage of language. These rules may address such linguistic aspects as spelling, pronunciation, vocabulary, syntax, and semantics. Sometimes informed by linguistic purism, such normative practices may suggest that some usages are incorrect, inconsistent, illogical, lack communicative effect, or are of low aesthetic value. They may also include judgments on socially proper and politically correct language use.

Europanto is a macaronic language concept with a fluid vocabulary from European languages of the user's choice or need. It was conceived in 1996 by Diego Marani based on the common practice of word-borrowing usage of many European languages. Marani used it in response to the perceived dominance of the English language; it is an emulation of the effect that non-native speakers struggling to learn a language typically add words and phrases from their native language to express their meanings clearly.

The Akademio de Esperanto is an independent body of enthusiastic Esperanto speakers who steward the evolution of said language by keeping it consistent with the Fundamento de Esperanto in accordance with the Declaration of Boulogne. Modeled somewhat after the Académie française and the Real Academia Española, the Akademio was proposed by L. L. Zamenhof, the creator of Esperanto, at the first World Esperanto Congress, and was founded soon thereafter under the name Lingva Komitato. This Committee had a "superior commission" called the Akademio. In 1948, within the framework of a general reorganization, the Language Committee and the Academy combined to form the Akademio de Esperanto.

Interlinguistics, as the science of planned languages, has existed for more than a century as a specific branch of linguistics for the study of various aspects of linguistic communication. Interlinguistics is a discipline formalized by Otto Jespersen in 1931 as the science of interlanguages, i.e. contact languages tailored for international communication. In more recent times, the object of study of interlinguistics was put into relation with language planning, the collection of strategies to deliberately influence the structure and function of a living language. In this framework, interlanguages become a subset of planned languages, i.e. extreme cases of language planning.

Esperanto and Interlingua are two planned languages which have taken radically different approaches to the problem of providing an International auxiliary language (IAL).

Neo is an international auxiliary language created by Arturo Alfandari, a Belgian diplomat of Italian descent. It combines features of Esperanto, Ido, Novial, and Volapük. The root base of Neo is closely related to French, with some influence from English.

A language barrier is a figurative phrase used primarily to refer to linguistic barriers to communication, i.e. the difficulties in communication experienced by people or groups originally speaking different languages, or even dialects in some cases.

William Edward Collinson was an eminent British linguist and, from 1914 to 1954, Chair of German at the University of Liverpool. Like Edward Sapir and Otto Jespersen, he collaborated with Alice Vanderbilt Morris to develop the research program of the International Auxiliary Language Association (IALA). From 1936 to 1939, he was Research Director of IALA. Under Collinson's guidance, methods of compiling international word material were tested at Liverpool. In 1939 IALA moved from Liverpool to New York and E. Clark Stillman succeeded Collinson as Research Director. Alexander Gode, editor of the first English-Interlingua dictionary published in 1951, remained in contact with Collinson which had collected much of linguistic material in the University of Liverpool.

Novial was created by Otto Jespersen, who had also been a co-author of Ido. Both languages base their vocabularies primarily on the Germanic and Romance languages but differ grammatically in several important respects. Comparisons among Ido, Novial, and other notable international auxiliary languages have formed an important part of interlinguistic studies. For example, both Ido and Novial were among the languages investigated by the International Auxiliary Language Association (IALA), which developed Interlingua. This article is intended to provide an overview of the salient differences and similarities of Ido and Novial. 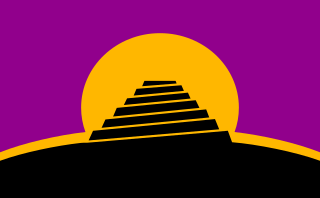 Zonal constructed languages are constructed languages made to facilitate communication between speakers of a certain group of closely related languages. They form a subgroup of the international auxiliary languages, but unlike languages like Esperanto and Volapük they are not intended to serve as languages for the whole world, but merely for a limited linguistic or geographic area. While there is some overlap with the term "Euroclone", the latter usually refers to languages intended for global use but based (almost) exclusively on European material. Another related concept is known as a koiné language, a dialect which naturally emerges as a means of communication among speakers of divergent dialects of a language. 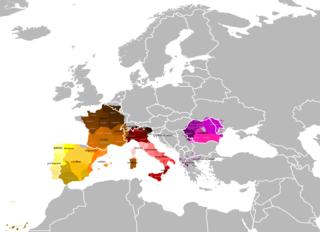 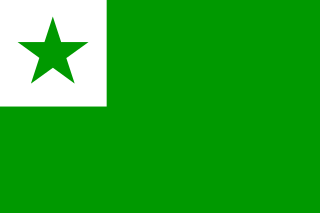 The following outline is provided as an overview of and topical guide to Esperanto: