Port Mourant is made up of 15 areas including Free Yard, Bound Yard, Portuguese Quarter, Bangladesh, Ankerville, Clifton, Tain, Miss Phoebe and John’s. Bound Yard was named for the indentured labourers who lived there, and when their contracts were finished, they moved to Free Yard. Neighboring areas include Rose Hall town and Bloomfield village. [2]

The Port Mourant sugar estate was situated in what was historically called the Corantyne district. By the mid 20th century, this district was considered the more prosperous of the sugar-growing regions, the largest producer of rice, and the five estates also supported a wider array of services independent from the sugar industry which were all centered at Port Mourant. Residents were mostly Indo-Guyanese, with a small number of Afro-Guyanese people. The town had its own factory for processing sugar cane until it closed in 1955. [3]

Tertiary education includes an extension of the University of Guyana at Tain since November 2000, and the GuySuCo Apprentice Training Centre. [4]

Port Mourant has two majors markets; the Port Mourant Market, [9] which is one of the largest markets in Guyana, and the Tain Market. Both are mainly farmers' markets, and the market at Port Mourant also offers a wide variety of other goods for sale, including overseas imports. The village also has "fast-food outlets, a supermarket, small restaurants, rum shops, a gas station, travel service, a barber’s shop, lumber yard, Skye Communication, E-Networks and various other businesses." [2]

Guyana Bank for Trade and Industry has a Port Mourant branch.

The former Roopmahal Cinema in Miss Phoebe was one of the oldest cinemas in the Berbice area until it was replaced with a shopping mall in 2013.

The Babu John Cemetery is the location of the cremation of the late Dr. Cheddi Jagan and his wife Janet Jagan. It was built to accommodate the influx of deaths related to the influenza outbreak after World War 2. Babu John, a sugar planter from De Keneren, was the cemetary's caretaker and it was named for him when he died. [13]

HE Cheddi Berret Jagan was a Guyanese politician who was first elected Chief Minister in 1953 and later Premier of British Guiana from 1961 to 1964. He later served as President of Guyana from 1992 to 1997. Jagan is widely regarded in Guyana as the Father of the Nation. In 1953, he became the first person of Indian descent to be a head of government outside of South Asia. 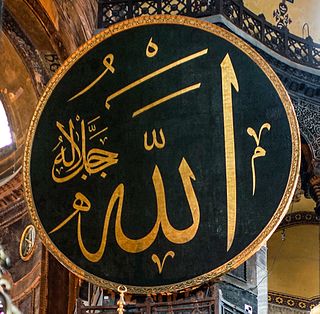 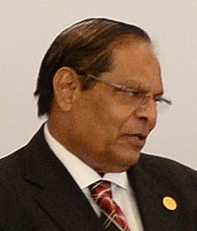 Moses Veerasammy Nagamootoo is a Guyanese politician, writer and novelist who served as the Prime Minister of Guyana under former President David A. Granger from May 2015 to August 2020.

Sharon Maas is a Guyanese-born novelist, who was educated in England, lived in India, and subsequently in Germany and in Sussex, United Kingdom. She is the author of The Sugar Planters Daughter.

The Manpower Citizens' Association was a trade union and political party in British Guiana.

Derek Chunilall Jagan was a Guyanese politician and lawyer. He served as Speaker of the National Assembly of Guyana from 1992 to 2000. He died of an apparent heart attack while doing yard work in 2000. He was the younger brother of former Guyanese president Cheddi Jagan.

Hinduism is the religion of 24.8% of the population of Guyana. Guyana has the highest percentage of Hindus in the Western Hemisphere.

Charrandas Persaud is a Canadian-Guyanese lawyer and politician, who is Guyana's High Commissioner to India since March 2021. He was a member of the Guyanese National Assembly from 2015 to 2018, representing the Alliance for Change party in the East Berbice-Corentyne region.