Events from 1966 to 1996 were organized by the European Karate Union. In 1961, Jacques Delcourt was appointed President of French Karate, which was at that stage, an associated member of the Judo Federation. In 1963, he invited six other known European federations (Italy, Great Britain, Belgium, Germany, Switzerland and Spain) to come to France for the first-ever international karate event. Great Britain and Belgium accepted the invitation. [2]

By 1965, the European Karate Union was created with Jacques Delcourt voted in as President. [3] The following year the first European Karate Championships were held in Paris. The event drew roughly three hundred spectators and was shown live on television. It drew criticism for being too violent as there were many facial injuries. The EKU council had differing opinions about the cause(s) of the injuries. With opinions ranging from excessive violations of rules to lack of conditioning and blocking skill, this problem was addressed in some part, at the first referee course held in Rome. At that time, the refereeing rules were harmonised using the JKA rules as a basis. [4]

The European Karate Federation (EKF) is the governing body of competitive karate in more than 50 countries across Europe. The EKF's stated goal is to promote, organize, regulate, and popularize the sport of karate. It is one of the five continental federations recognized by the World Karate Federation. Since 1966, it has organized the European Karate Championships. Additionally, it now organizes Junior, Cadet, and Under-21 Championships(European Juniors Karate Championships).

UKK Bosna or Univerzitetski Karate Klub Bosna is a karate club from Sarajevo, Bosnia. The club was founded in May 1967. The club is part of the University Sport Society USD Bosna. UKK bosna is a member of the Bosnian Karate Federation.

Junior Lefevre is a Belgian-Croatian karateka. He has a 6th Dan black belt in karate and is the winner of multiple World Karate Championships and European Karate Championships medals representing both Croatia and Belgium at tournaments. He is also chairman of C.I.K.A world.

Supriya Jatav, born on 20 October 1991. in Dahod, Gujarat, India. Her mother Meena Jatav and father Amar Singh Jatav is a retired army officer. She is presently coached under the guidance of Coach Jaidev Sharma. From 2002 to 2006 Coached and played under the banner of Sports Authority of India. She presently represents and works with the Department of Sports and Youth Welfare, Government of Madhya Pradesh. 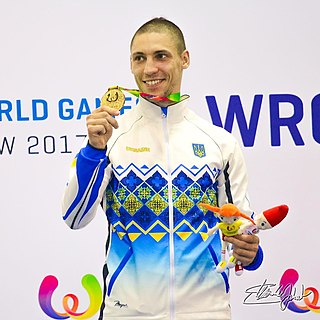 The 2018 WAKO World Cadet & Juniors Kickboxing Championships was held at the Palazzo del Turismo in Jesolo, Italy and took place between 15 and 23 September 2018. Fighters between 10 and 18 years old of age, coming from 64 countries competed in all the kickboxing disciplines, three ring sports and four tatami sports.

Cherupalli Vivek Teja is an Indian martial artist. He has been a martial arts fighter for 19 years. Cherupalli is the founder of the Human Weapon International, a self-defense training organization. Vivek Teja Cherupalli claims that he has trained more than 19,000 women in the art of self-defense. The 27-year-old Cherupalli, who has Judd Reid as his coach, is also training to be a light heavyweight (75kg) category boxer. 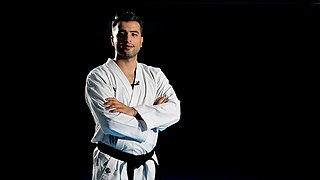 Ali Fadakar, is an Iranian karateka. He began karate Training at age 10, and after several champions of National karate championships, became member of Iran's karate national team in 2008. He has won 3 Gold medals of 2009, 2012 and 2016 Junior and Senior World karate championships.

Pooja Shri Shetty is an Indian karateka and an Aerospace engineer competing in the kumite 61 kg division. 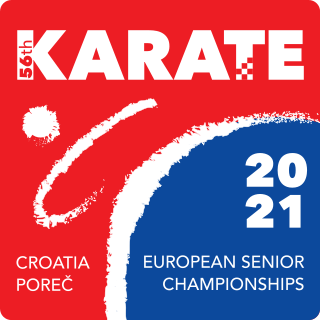