The New Jersey Senate was established as the upper house of the New Jersey Legislature by the Constitution of 1844, replacing the Legislative Council. There are 40 legislative districts, representing districts with average populations of 210,359 (2000 figure). Each district has one senator and two members of the New Jersey General Assembly, the lower house of the legislature. Prior to the election in which they are chosen, senators must be a minimum of 30 years old and a resident of the state for four years to be eligible to serve in office. [1]

From 1844 until 1965 (when redistricting could be done following the Reynolds v. Sims decision), each county was an electoral district electing one senator. Under the 1844 Constitution the term of office was three years, which was changed to four years with the 1947 Constitution. Since 1968 the Senate has consisted of 40 senators, who are elected in a "2-4-4" cycle. Senators serve a two-year term at the beginning of each decade, with the rest of the decade divided into two four-year terms. The "2-4-4" cycle was put into place so that Senate elections can reflect the changes made to the district boundaries on the basis of the decennial United States Census. [1] If the cycle were not put into place, then the boundaries would sometimes be four years out of date before being used for Senate elections. Rather, with the varied term, the boundaries are only two years out of date. Thus elections for Senate seats take place in years ending with a "1", "3" or "7" (i.e. next elections in 2021, 2023 and 2027).

Interim appointments are made to fill vacant legislative seats by the county committee or committees of the party of the vacating person (since a constitutional amendment passed on November 8, 1988). The office is on the ballot for the next general election, even if the other Senate seats are not up for election in that year (such as in years ending with a "5" or "9", such as 2009 or 2015). The sole exception to this is if the vacancy occurred within 51 days of the election, in which case the appointment stands until the following general election. [2]

Senatorial courtesy is a senate tradition that allows home county legislators to intercede to prevent consideration of a local resident nominated by the Governor for a position that requires Senate confirmation. [3] Any of the senators from the nominee's home county can invoke senatorial courtesy to block a nomination, temporarily or permanently, without any obligation to justify the basis of their actions. [4]

Governor Corzine nominated Stuart Rabner on June 4, 2007, to be the next Chief Justice of the New Jersey Supreme Court, replacing James R. Zazzali, who was nearing mandatory retirement age. [5] Shortly after the nomination, two members of the Senate from Essex County, where Rabner resides, blocked consideration of his confirmation by invoking senatorial courtesy. State Senator Ronald Rice had initially blocked the nomination, but relented on June 15, 2007, after a meeting with the governor. [6] Nia Gill dropped her block on June 19, 2007, but did not explain the nature of her concerns, though anonymous lawmakers cited in The New York Times indicated that the objection was due to Rabner's race and Governor Corzine's failure to consider a minority candidate for the post. [3]

Until 2010, in the event of a gubernatorial vacancy, the New Jersey Constitution had specified that the President of the Senate (followed by the Speaker of the New Jersey General Assembly) would assume the role of Acting Governor and retain their role in the Senate (or Assembly). An Acting Governor would then assume the governorship while retaining the reins of power in their house of the legislature.[ citation needed ]

The Lieutenant Governor of New Jersey took office for the first time on January 19, 2010, following conjoint election with the Governor of New Jersey. The position was created as the result of a Constitutional amendment to the New Jersey State Constitution passed by the voters on November 8, 2005. While the amendment itself took effect as of January 17, 2006, and made some interim changes to the succession to the governorship, the first lieutenant governor was not elected until November 3, 2009.

The following is a list of past Presidents of the New Jersey Senate since the adoption of the 1844 State Constitution: [13]

Passaic County is a county in the U.S. state of New Jersey that is part of the New York metropolitan area. 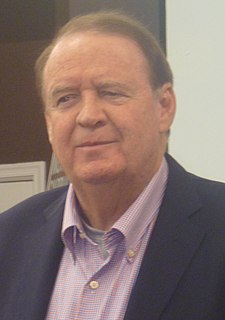 Richard James Codey is an American Democratic Party politician who served as the 53rd Governor of New Jersey from 2004 to 2006. He has served in the New Jersey Senate since 1982 and served as the President of the Senate from 2002 to 2010. He represents the 27th Legislative District, which covers the western portions of Essex County and the southeastern portion of Morris County. Codey is the longest-serving state legislator in New Jersey history, having served in the New Jersey Legislature continuously since January 8, 1974.

Nia H. Gill is an American Democratic Party politician, who has been serving in the New Jersey State Senate since 2002, where she represents the 34th Legislative District. She ran unsuccessfully as a candidate in the June 2012 primary election to fill the seat in Congress left vacant by the death of Donald M. Payne, the former U.S. Representative for New Jersey's 10th congressional district. Gill was the State Senate President pro Tempore from 2010 to 2018, succeeded by M. Teresa Ruiz.

The 2005 New Jersey gubernatorial election was a race to determine the Governor of New Jersey. It was held on November 8, 2005. Democratic Governor Richard Codey, who replaced Governor Jim McGreevey in 2004 after his resignation, did not run for election for a full term of office.

Loretta Weinberg is an American Democratic Party politician, who has served as a member of the New Jersey Senate since 2005, where she represents the 37th Legislative District. She currently serves as Senate Majority Leader. Weinberg served in the General Assembly before being selected to replace retiring Senator Byron Baer.

Gerald Cardinale was an American Republican Party politician, who served in the New Jersey State Senate from 1982 until his death in 2021, representing the 39th Legislative District. He also served one term in the New Jersey General Assembly from 1980 until 1982. At the time of his death, he was the second-most senior senator in the state, behind Richard Codey, who also came to office in January 1982, but had served in the General Assembly since 1974. Cardinale was a delegate to the Republican National Convention in 1984, 1988 and 1992 and served as a Delegate to the New Jersey Republican State Platform Committee in 1983.

Robert W. Singer is an American Republican Party politician, who has been serving in the New Jersey State Senate since 1993, where he represents the 30th Legislative District. He was the Mayor of Lakewood Township, New Jersey in 2009. He is the fifth-most senior senator behind Ronald Rice, Raymond Lesniak, Gerald Cardinale, and Richard Codey. 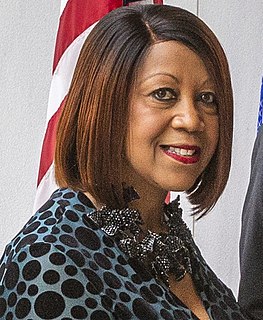 Stuart Jeff Rabner is the Chief Justice of the New Jersey Supreme Court. He served as New Jersey Attorney General, Chief Counsel to Governor Jon Corzine, and as a federal prosecutor at the U.S. Attorney's Office for the District of New Jersey.

The 2008 congressional elections in New Jersey were held on November 4, 2008 to determine who would represent the state of New Jersey in the United States House of Representatives. New Jersey has thirteen seats in the House, apportioned according to the 2000 United States Census. Representatives are elected for two-year terms; those elected serve din the 111th Congress from January 4, 2009 until January 3, 2011. The election coincided with the 2008 U.S. presidential election.

The following offices were up for election in the United States State of New Jersey in the general election on November 3, 2009:

Senatorial courtesy is an unwritten rule practiced in the Senate of the U.S. state of New Jersey under which a State Senator can indefinitely block consideration of a nomination by the Governor of New Jersey for a gubernatorial nominee from the Senator's home county, without being required to provide an explanation. While the practice is infrequently invoked, it has brought calls for legislation that would forbid its use.

The 1977 New Jersey State Senate election coincided with Brendan Byrne's re-election to a second term as Governor of New Jersey.

Kristin Corrado is an American Republican Party politician who represents the 40th Legislative District in the New Jersey Senate. She was sworn into office on October 5, 2017. Before her appointment to the New Jersey Senate she served a Passaic County Clerk for seven years.