Last updated January 06, 2021
Upper state chamber of a state of the United-States of America

The Idaho Senate is the upper chamber of the Idaho State Legislature. It consists of 35 Senators elected to two-year terms, [1] each representing a district of the state. The Senate meets at the Idaho State Capitol in Boise, Idaho. [2]

Composition of the Senate

Since 1960, the Idaho Senate has been controlled by the Republican Party. [3] Since December 1, 2018, Republicans have held 27 seats and Democrats have 7.

Leadership of the 66th Legislature

Committee Chairs of the 66th Legislature

Members of the Idaho Senate

Ada County is located in the southwestern part of the U.S. state of Idaho. As of the 2010 United States Census, the county had a population of 392,365, making it the state's most populous county, with 23.3% of the state's 2010 population. The county seat and largest city is Boise, which is also the state capital.

Political party strength in U.S. states is the level of representation of the various political parties of the United States in each statewide elective office providing legislators to the state and to the U.S. Congress and electing the executives at the state and national level. 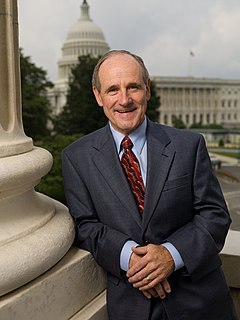 The Idaho Democratic Party is the affiliate of the Democratic Party in the state of Idaho. Although the party has been in the minority for most of the state's history, it has produced several notable public figures, including the late U.S. Senator Frank Church and former governor and Secretary of the Interior Cecil Andrus.

Wisconsin's 5th congressional district is a congressional district of the United States House of Representatives in Wisconsin, covering most of Milwaukee's northern and western suburbs. It presently covers all of Washington and Jefferson counties, most of Waukesha County, and portions of Dodge, Milwaukee and Walworth counties. It is currently represented by Republican Scott Fitzgerald.

The Episcopal Diocese of Idaho is the diocese of the Episcopal Church in the United States of America with jurisdiction over Idaho south of the Salmon River. It also includes one congregation in Wyoming. It is in Province 8 and its cathedral, St. Michael's Cathedral, is in Boise, as are the diocesan offices. 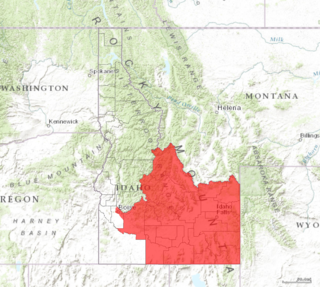 Russell Mark Fulcher is an American politician serving as the U.S. Representative for Idaho's 1st congressional district since 2019. A member of the Republican Party, he previously served in the Idaho Senate where he represented Legislative District 21 from 2005 to 2012 and Legislative District 22 from 2012 until 2014.

Michelle Stennett is a Democratic Idaho State Senator for District 26 (Ketchum) since 2010. She was elected to the Idaho Senate in 2010, succeeding her late husband Clint Stennett. Stennett currently serves as senate minority leader.

Joe A. Palmer is a Republican Idaho State Representative since 2008 representing District 20 in the A seat.

Brent J. Crane is a Republican Idaho State Representative since 2006 representing District 13 in the A seat. He has been Assistant Majority Leader since 2010. 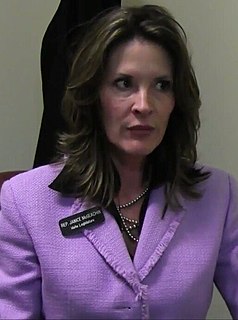 Lori Den Hartog has been a Republican member of the Idaho Senate since 2014 serving District 22.

Heather Scott is an American politician. A member of the Republican Party, she is the Idaho state representative representing District 1 in the A seat, which she has held since 2015. 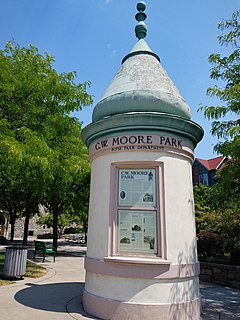 C. W. Moore Park is a 0.28-acre (0.11 ha) urban park in Boise, Idaho. The park is managed by the Boise Parks and Recreation Department and includes architectural artifacts from some of Boise's demolished buildings.