The Texas Senate (Spanish : Senado de Texas) is the upper house of the Texas State Legislature. There are 31 members of the Senate, representing single-member districts across the U.S. state of Texas, with populations of approximately 806,000 per constituency, based on the 2010 U.S. Census. There are no term limits, and each term is four years long. Elections are held in even-numbered years on the first Tuesday after the first Monday in November. In elections in years ending in 2, all seats are up for election. Half of the senators will serve a two-year term, based on a drawing; the other half will fill regular four-year terms. In the case of the latter, they or their successors will be up for two-year terms in the next year that ends in 0. As such, in other elections, about half of the Texas Senate is on the ballot. The Senate meets at the Texas State Capitol in Austin. The Republicans currently control the chamber, which is made up of 18 Republicans and 13 Democrats.

Unlike other state legislatures, the Texas Senate does not include majority or minority leaders. Instead, the President Pro Tempore is considered the second most powerful position, and can be reserved to any political party in the chamber regardless if the party is a majority or not. Presidents Pro Tempore are usually the most senior members of the Senate. The President Pro Tempore presides when the Lieutenant Governor is not present or when the legislature is not in regular session.

There have been at least three cases of quorum-busting in Texas Senate history. The first case was in 1870, with the Rump Senate, followed by the 1979 Killer Ds. and finally the Texas Eleven in August 2003, who were following the example of the Texas house Killer Ds. [1]

The following represents the Senate committee structure for the 86th Legislature.

In addition, the House and Senate operate the permanent joint committee known as the Legislative Budget Board (LBB).

†Elected in a special election

The Senate was continuously held by Democrats from the end of the Reconstruction era until the Seventy-fifth Texas Legislature was seated in 1997, at which point Republicans took control. The Republican Party has maintained its control of the Senate since then. 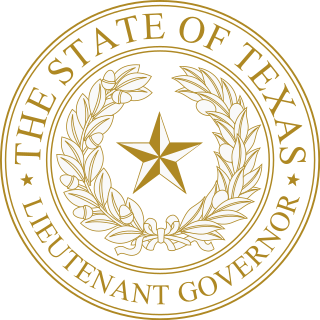 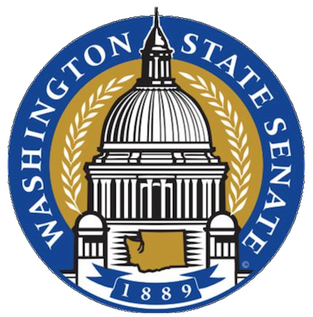 The Indiana Senate is the upper house of the Indiana General Assembly, the state legislature of the U.S. state of Indiana. The Senate is composed of 50 members representing an equal number of constituent districts. Senators serve four-year terms without term limits. According to the 2010 U.S. Census, the average State Senator represents 129,676 people. 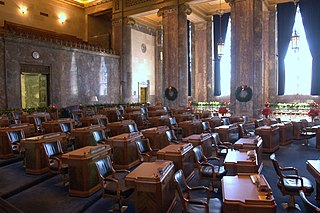