The Assembly convenes at the State Capitol in Albany.

Leadership of the Assembly

The Assembly has been controlled by the Democratic Party since 1975. [9]

The New York State Assembly has the following committees: [21]

William Anson Barclay is an American politician and attorney from the State of New York. A Republican, he has served in the New York State Assembly since 2003. In January 2020, Barclay was elected to the position of Assembly Minority Leader.

The results of elections in the state of New York have tended to be more Democratic-leaning than in most of the United States, with in recent decades a solid majority of Democratic voters, concentrated in New York City and some of its suburbs, including Westchester County, Rockland County and Long Island's Nassau county, and in the cities of Buffalo, Rochester, Syracuse, Albany, and Ithaca.

Jeffrey David Klein is an American politician and a member of the Democratic Party. He represented the New York State Senate's 34th District, serving parts of Bronx and Westchester Counties from 2005 to 2018. Klein also served as Deputy Democratic Conference Leader. 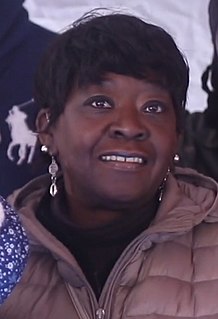 The New York State Democratic Committee is the affiliate of the Democratic Party in the U.S. state of New York. Its headquarters are in Manhattan, and it has an office in Albany. It is currently the dominant party in the state, controlling the majority of New York's U.S. House seats, both U.S. Senate seats, the governorship, and has supermajorities in both houses of the state legislature. 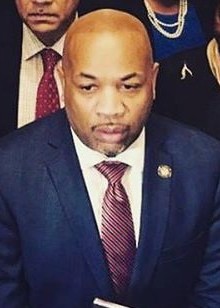 The New York Republican State Committee, established in 1855, is the New York State affiliate of the United States Republican Party (GOP). The party has headquarters in Albany, Buffalo, and New York City. The purpose of the committee is to nominate Republican candidates for election to New York and federal political roles. It also assists its nominees in their election campaigns.

Todd Kaminsky is an American attorney and politician from the state of New York. A Democrat, he is a member of the New York State Senate representing the 9th district, which is based on the South Shore of Long Island.

Jamaal T. Bailey is an American attorney and politician serving as a member of the New York State Senate from the 36th district. A Democrat, he represents portions of Baychester, Bedford Park, Country Club, Eastchester, Fordham, Morris Park, Norwood, Parkchester, Riverdale, Tremont, Wakefield, Williamsbridge, and Woodlawn Heights in the Bronx as well as Mount Vernon in Westchester County.

Erik T. Bohen is an American politician. A former member of the New York State Assembly, he represented the 142nd district; this district includes South Buffalo, the City of Lackawanna, and the towns of West Seneca and Orchard Park. Bohen was elected to the Assembly in an April 24, 2018, special election, but was defeated in his bid for a full term on November 6, 2018. He is notable for having won election to the Assembly on the Republican line despite being an enrolled Democrat.